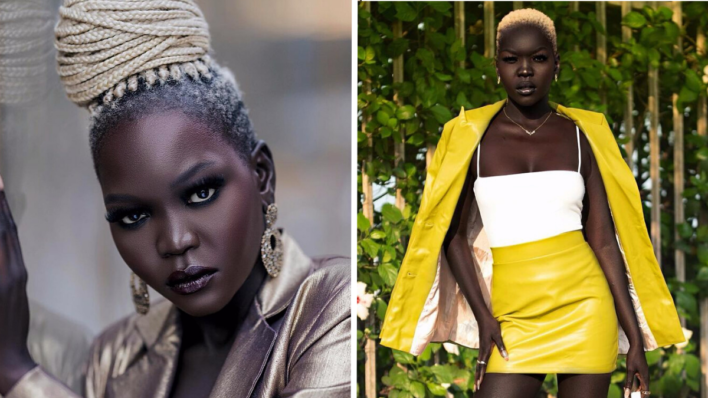 One South Sudanese model turned extremely insensitive comments from an Uber driver into a teachable moment for all.
By Amber Dowling    January 10, 2022

One South Sudanese model turned extremely insensitive comments from an Uber driver into a teachable moment for all.

Sometimes we could all use a reminder that beauty isn’t a one-size-fits-all kind of deal.

Nyakim Gatwech is living proof of that. The South Sudanese model has spoken openly about her experiences as a darker-skinned woman living in the public eye over the years, but it was one incident back in 2017 that particularly stands out.

Just 24-years-old at the time, Gatwech was in an Uber when her driver asked her whether she would ever consider bleaching her skin. Faced with the decision of how to respond, the model decided to take the moment as a teachable one. And so she shared the story on Instagram.

I was [asked by] my Uber driver the other day, he said, ‘Don’t take this offensive but if you were given 10 thousand dollars would you bleach your skin for that amount?’ I couldn’t even respond I started laughing so hard.

When the driver responded with, “So that’s a ‘no,’” Gatwech took the high road. “I was like hell to the f—ing yeah no, why on earth would I ever bleach this beautiful melanin God [blessed] me with,” she added. “[Then] he said, ‘so you look at it as a blessing?'”

Dealing with the haters

In the post, Gatwech revealed people wouldn’t believe the kinds of questions she has been asked about her skin over the years. In fact, she didn’t always feel so positive about it, or herself, as a result.

In an interview with Yahoo Beauty following the Instagram post, Gatwech revealed that ever since she moved to America, she had felt judged and even questioned by others because of her dark skin. Growing up, she was bullied and called names. In the industry, other models, designers, and makeup artists have discriminated against her. And once a man randomly bet his buddy twenty bucks to ask her if she was wearing leggings or if her skin was truly that dark.

“There was a time in my life where I considered bleaching myself to avoid the dirty looks, the laughter, and for boys to find me attractive,” she admitted to the publication.

In another interview with Cosmopolitan, Gatwech opened up even more about her experiences in America, how they impacted her growing up, and why she seriously did consider bleaching her beautiful skin when she was younger.

“At one point, I did consider it. When I came to America from a refugee camp in Africa [at age 14], I lived in Buffalo, New York. I would cry myself to sleep after being bullied [about my skin],” she recalled. “There are so many beautiful dark-skinned Sudanese women who bleach their skin.”

The model then revealed that her own sister bleached her skin, but her sibling became a voice of reason when Gatwech voiced her desire to do the same. “My own sister did it. But when I told her I wanted to [after living in America for a few months], she told me no. I’m not going to let my daughter do it, or you- nobody.’”

These days Gatwech says she would rather educate her peers and stand up for herself rather than stay silent and be angry about it. Now, she has a pretty notable platform- more than 977,000 followers on Instagram- to do exactly that. Now, the self-proclaimed “Queen of Dark” draws plenty of positivity.

“The negative reactions or comments don’t affect me as much now- some of them I laugh at,” she also told Cosmo. “But there are some that go deep and bring me down for a little bit. Some people say I get followers because people feel bad for me, not because I’m actually beautiful. They say I’m the dumbest person ever. But there are millions more people who think I’m beautiful and give me positive feedback.”

My skin absorbs the sun’s rays and my hair defies gravity. Now you can’t tell me I’m not magical!

Gatwech’s message is a powerful reminder that beauty comes in all shapes, sizes and colours. Instead of critiquing or analyzing our differences, perhaps it’s time to celebrate and honour them. Of course a good way to do that is to accept yourself- complete with all of those gorgeous “flaws” that you may be rattling on about in your head.

The takeaway? We are all unicorns in our own unique and special way. 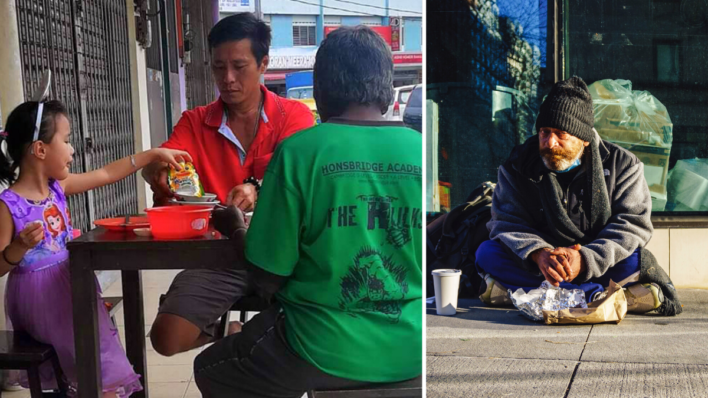 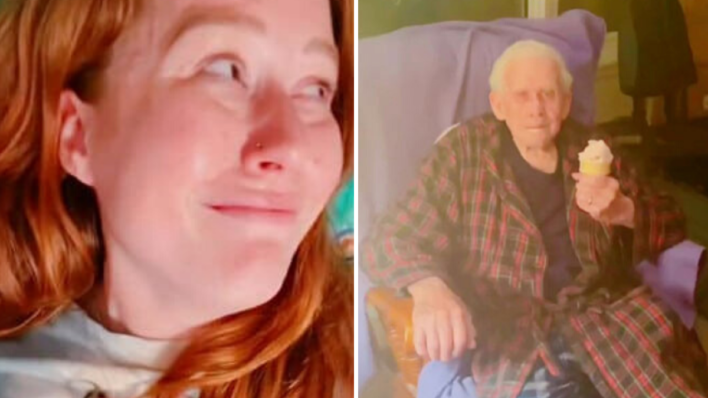