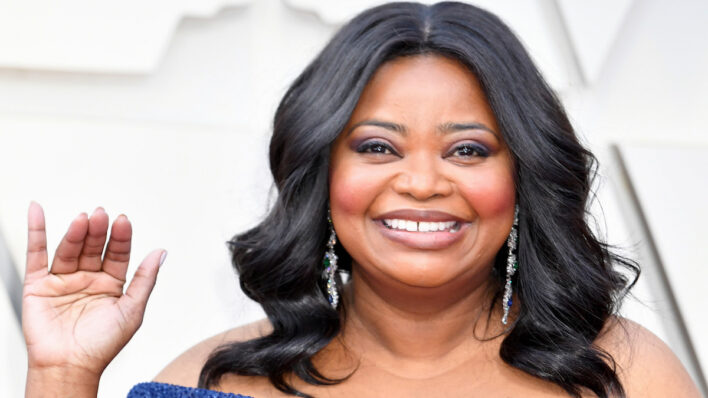 Octavia Spencer has been in the acting world for ages, but it took the Hollywood world a while to catch up to her talent. However, the actress never gave up and today, she has finally become the leading actor in the movie Self-Made.
By Shaoni Das    March 26, 2020

Octavia Spencer has been in the acting world for ages, but it took the Hollywood world a while to catch up to her talent. However, the actress never gave up and today, she has finally become the leading actor in the movie Self-Made.

Hollywood is a strange place. Unlike other industries, the top players are A-list celebrities that the audiences instantly recognize, admire, and sometimes even worship. That’s the unique aspect of Hollywood fame; even if you’re just an actor doing your job, you can’t help but attract attention, widespread appreciation, and even notoriety.

But we often forget that for every actor or actress that ‘makes it’, there are probably hundreds, if not thousands, of hopefuls that are just lurking in the shadows, hoping to catch their big break. Those actors are not going to be recognized on the streets, the paparazzi is not going to be angling for their photos, they’re not going to be racking up millions of followers on their socials; they’re just going to be putting in their shifts, day in and day out.

Octavia Spencer is one such actress who spent decades doing bit-part roles in movies and television shows. Believe it or not, she’s been steadily working as an actress since 1996, but most people might not have even heard of her until her breakout performance in The Help, which came out in 2011.

That single performance as Minny Jackson earned her rave reviews from across the board; she even won the Oscar for Best Supporting Actress for the role.

From playing minor typecast roles in tv shows to stealing away entire movies with her commanding performances, her career really demonstrates that good things are worth waiting for.

Octavia feared her own success

Octavia didn’t always think that she’d grow up to be an actor. She has dyslexia, so that meant she had a hard time reading and writing as a young child. But what she lacked in one department, she definitely made up in other departments. She partially paid for college by taking part in speech and oration competitions.

But what really piqued her interest was working as an intern for a film, The Long Walk Home, which was shot in the Alabama town where she lived. She began working in an Extras’ Casting office in Alabama and essentially became an ‘Extras Wrangle’ during her time there.

Every now and then, the directors working in those local films would ask her to read a few lines for small roles but she would be too shy or afraid. She’s said that hesitation stemmed from being afraid of not getting the parts.

However, director Joel Schumacher didn’t ask her to read for a role, and that somehow caused Octavia to be proactive about going after the part. Her first role was in the film A Time To Kill, which came out in 1996, and thus began a long, diverse and wonderful career for Octavia in which she kept churning out epic performances one after the other.

No part was too small for her

She’s joked that after her debut performance as a nurse in A Time To Kill, she basically went on to play about “32 nurses in Hollywood.” Only recently did she make the decision that she would stop playing nurses, and fair enough, it’s worked wonders for her career.

The typecasting can be chalked up to the fact that Hollywood really doesn’t hold back from milking what works. The worst aspect of typecasting is how it limits the actors from reaching their true potential, as they find themselves going through the same motions.

But that still didn’t deter Octavia from following her ambitions at the time. Many actors are living paycheck to paycheck, and so they can’t help but take on whatever role they’re offered. Over the years, she’d made appearances in some of the biggest films and shows at the time, including Spider-Man, Never Been Kissed, 30 Rock, Coach Carter, Wizards of Waverly Place, and Big Momma’s House.

It took me 15 years to become an overnight success. That’s the case for the majority of people. It took a little time, a lot of relationships. Building relationships with the people I worked with. I don’t take it for granted.

We may have not noticed her in those works but it’s clear that she never stopped chasing her dreams nonetheless. No role was beneath her, and she continued to grind out those performances despite not knowing whether she’d truly achieve widespread success. It’s that steadfast resilience that sets apart the ordinary from the extraordinary; if we all spent worrying about what our future held, then we’d never be able to devote our energies to the present.

You’d think that an Oscar win would be the ultimate achievement for any actor, but it turned out that it wasn’t enough to get industry figures to begin seeing Octavia as the brilliant, versatile actress she is. Since she won the award for playing a maid in The Help, 90% of all the offers she got afterwards were maid roles as well, she revealed to Variety.

And there is definitely the issue of black actresses being paid less than white actresses for equal work. Just a couple years back, actress Jessica Chastain realized that Octavia was making much less than her for an upcoming film, so that prompted Jessica to negotiate with the bosses to give the ladies not only equal salary but raise their salaries five-fold.

But nonetheless, it cannot go unnoticed that Octavia Spencer has been straight-up slaying it over the past few years. With Oscar-nominated turns in Hidden Figures and The Shape Of Water as well as well-acclaimed leading performances in Ma, Truth Be Told and Netflix’s latest Self-Made, she’s established herself as one of the most talented, sought-after actresses of her generation.

Patience was the key all along

But she doesn’t see the wait as some big sacrifice or challenge — it’s simply what most actors go through. And that’s the same for every other profession as well. Not everyone ‘breaks out’, not everyone gets to the peak, and you only need to be patient and passionate to keep the dream going. If you can take each day, each job, each gig as it comes, then success will follow you anyway.