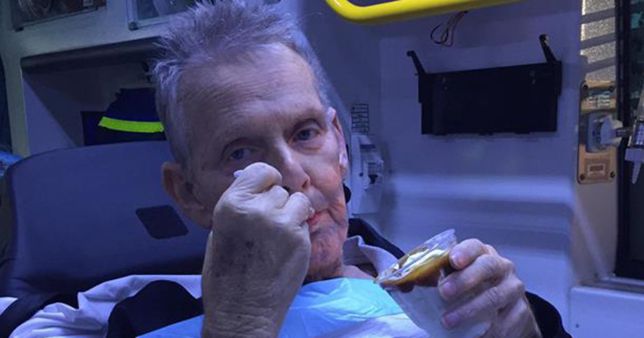 Paramedics Go Viral for Stopping to Get Ice Cream for Dying Man, Show the Power of Random Acts of Kindness

We all think that the only way to make a difference is to do something big and groundbreaking, but it’s
By Aly Walansky    September 14, 2018

We all think that the only way to make a difference is to do something big and groundbreaking, but it’s sometimes those seemingly small gestures that can make all the difference.

Ron McCartney, of Queensland, Australia, was dying of prostate cancer, and was in so much pain he’d mostly stopped eating. Last week, his wife Sharon called the Queensland Ambulance Service to take Ron to the hospital, where he’d be placed in hospice care for his final days.

This is when this sad story got sweet. When the wife told the paramedics that her husband had mostly stopped eating, Kate Hanafy and Hanna Hoswell decided to do something special for him.

“He was very low on energy and tired and lethargic, looking a bit down in the dumps,” Hoswell told Australia’s 9News. “Kate said, ‘Well, if we could get him anything, what would it be?’ And (Sharon and Ron) smiled at each other and said, ‘caramel sundae.’”

GC resident Sharon called QAS for her husband Ron’s final journey to palliative care. Officers arrived and during observations of Ron, Sharon noted that he'd barely eaten over 2 days. The officers asked, if you could eat anything, what would it be? Ron replied, a caramel sundae. pic.twitter.com/uDb9Qlbj6N

According to the Brisbane Times, the paramedics discovered their ambulance wouldn’t fit in the nearby McDonald’s drive-thru, so they parked the rig and went in to order the sundae and bring it to their patient.

“Dad enjoyed this so much and (it) was the last thing he was able to eat by himself,” Smith wrote on the Facebook post. “Dad sadly passed away Saturday morning (just days after the sundae).”

The Power of Random Acts of Kindness

There are many ways to do something sweet wherever you can.

Take the story of Bob Williams — a 93-year-old man from Long Grove, Iowa, who has spent the last 10 years making a positive impact in his community, one chocolate bar at a time.

Think sweet treats don’t matter? They do. So far he has given out nearly 6,000 Hershey’s Milk Chocolate Bars to local residents earning him the nickname, “The Candy Man.”

He buys his chocolate bars by the boxful every Saturday morning when the store offers $5 off on purchases over $25. He typically purchases three extra — two for the store employees and one for the customer in line behind him.

And he does it for one reason: To bring his community closer together. “It’s guaranteed to light up most anyone’s life. You’ll see.” says Bob.