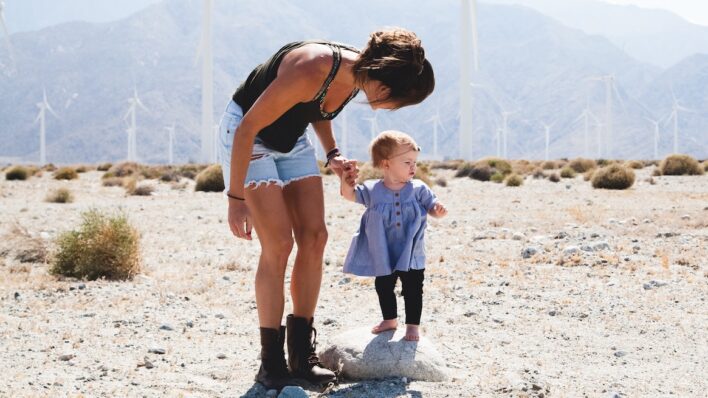 Understanding The Four Parenting Styles To Become A Better Parent

Knowing what your parenting style is can help you correct your methods and make sure you are raising a happy child.
By Ricky Derisz    December 8, 2020

Knowing what your parenting style is can help you correct your methods and make sure you are raising a happy child.

There’s no ABC formula for parenthood. There’s no perfect way to nurture your children. A lot of the learning is in trial and error, with plenty of room for flexibility and uniqueness in any parents’ approach. However, research has shown there are certain “styles” that can help support your child the most providing, at the very least, a helpful point of reference.

The most common model has been developed from the research of psychologist Diana Baumrind, and consists of four parenting styles: Authoritarian, Permissive, Uninvolved, and Authoritative. In this article, we’ll explore each of these categories, plus the reported impact the style has on children’s development.

What Are the 4 Parenting Styles?

The Authoritarian (or Disciplinarian) Parenting Style

The classic definition of strict parenting, this style is super-disciplined and relies heavily on rules and punishment. Parents with this approach generally lack attentiveness and empathy towards the child’s needs or feelings. It’s not necessarily an approach made with bad intentions — some parents feel a tough approach will prepare children for the harshness of the world.

RELATED: How to Talk to Your Teenage Children About Dating

This is the reverse of the super-disciplined approach. Children are given very few rules or face little repercussions for bad behavior. The relationship often mirrors a friendship, rather than a parent-child dynamic. The permissive parent is incredibly responsive to the child’s needs, though, sometimes putting them ahead of their own.

RELATED: How to Talk to Your Kids About Divorce

However, the wish for children to have excessive freedom can lead to giving in to a child’s demands or placing the need to be liked above being a figure of authority. As a result of a lack of discipline, pre-school children raised in this style often demonstrate poor impulse control and lack maturity.

The permissive parenting style indicators the value of the right level of discipline. A 2014 study found that adolescents raised in this style were three times more likely to indulge in heavy drinking compared to children whose parents held their children accountable.

An uninvolved parent lacks both discipline and attention. These parents don’t demonstrate much in the way of active interest in the child’s life, and their children are expected to develop independence from a young age. This isn’t always the case of direct abuse, as parents might be overwhelmed in other areas of life, such as work stress or mental health issues, and fail to realize their lack of attention.

RELATED: How to Talk to Your Kids About the Death of a Family Member

Children raised in this style often show low self-esteem and perform poorly in all areas of life. As well as misbehaving throughout school, issues can continue into adulthood, affecting intimate relationships. At worst, this parenting style is a form of neglect and has a significant impact on a child’s development.

Fortunately, we’ve saved the best ‘til last. The authoritative parenting style is the most desirable; children demonstrate overall happiness, are primed for success and enjoy good levels of self-esteem. There’s no such thing as perfect parenting, but the authoritative parent finds the right balance between discipline and warmth. They’re attentive to their children’s needs yet encourage them to develop their own independence.

RELATED: How to Talk to Your Kids About War and Conflict

Discipline with this style is clearly enforced but not through aggressive or exaggerated means. The children’s needs are considered, and the reasoning behind rules are explained if necessary. In addition, parents actively invest time and energy into their children’s development, without being overly involved.

Takeaways from the Four Parenting Styles

Understanding these approaches will allow you to assess your approach to parenthood. Like all areas of life, parenting is a role that can be evolved and improved. These styles might highlight areas where you can change your behaviour — such as being overly-disciplined or requiring more solid rules for your children.

It’s possible to slip into different roles at different times, to adjust, learn, re-assess. Ultimately, while these models act as an insightful guide to different approaches to parenting, above all else it’s essential to be present to your child’s needs and do the best you can. In doing so, you might find you create a unique style that works for you —  and your children.