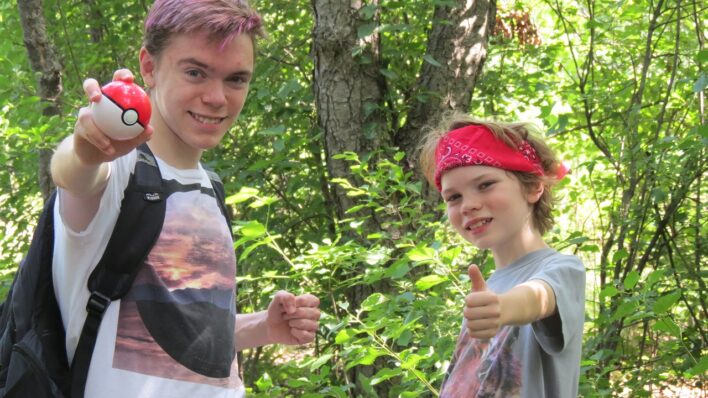 Pokémon Go Is More Than a Fun Game, It’s Helping People With Autism

The Pokémon Go app has led to a whole lot of people holding up street traffic as they stare at
By Aly Walansky    May 10, 2019

The Pokémon Go app has led to a whole lot of people holding up street traffic as they stare at their phones and hunting for fictional creatures like Pikachu.

Many can’t help but see it as an annoying slow-down to their daily routine. We all have somewhere we need to get to, right? But, recently, a cluster of Pokémon fans were doing something pretty special.

300 fans of Pokémon GO congregated at Whitlingham Country Park near Norfolk, England after Niantic, the developers of Pokémon GO, teamed up with a local autism charity for a special event.

The park hosted a Walk For Autism event, and Pokémon GO players were enjoyed some special in-game activities, with extra locations and bonuses for game players. Those playing also had options to try other fun features, like uploading the Pokémon they found at the park to Twitter, using the #WalkForAutism hashtag.

Lee Gibbons, who is operations manager for ASD Helping Hands, told the Eastern Daily Press: “The reason for it being Pokémon GO is that we have worked with several youngsters who had become socially isolated. They refused to leave their homes, which has an impact on their mental health.We’ve used Pokémon GO to connect them back to the community. Through the app, they can meet like-minded people and it encourages them to get out.”

Like these young people, Pokémon creator Satoshi Tajiri also had a hard time socializing as a child. He would get into the world by studying and collecting bugs, which was the inspiration for the worldwide phenomenon that would become Pokémon. He even named the series’ protagonist, known in English as “Ash,” after himself.

Beyond the original card and video game, the Pokémon universe has spun out into toys, TV series, animated and live-action movies, comics, and of course, the infamous Pokémon Go mobile game — all borne out of Tajiri’s desire for connection.

Mr. Gibbons said the event was a success: “It also enabled us to raise awareness of what we do as a charity and to raise some money.”

The event raised £800 for the charity, which will be matched by Niantic to push it up to £1,600. The money will go to support those in need who are awaiting official autism diagnoses.

Much more than a video game, TV show, or movie, Pokémon has proven itself to be a way of creating connections between people who have a hard time connecting.