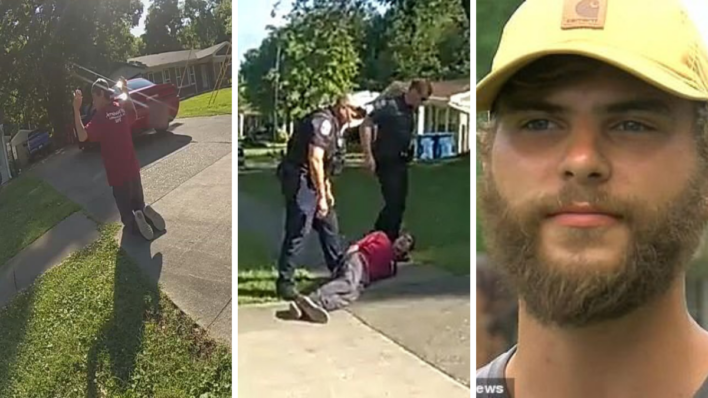 The girl was on her bicycle when he witnessed a man suddenly snatch her by the collar.
By Sophie Babinski    December 25, 2021

The girl was on her bicycle when he witnessed a man suddenly snatch her by the collar.

A six year old girl was riding her bicycle in her neighborhood when a man suddenly snatched her by the collar, put her in his car, and sped off. Local man Prentiss Weatherford, who was right outside his house when the incident happened, witnessed the situation. He quickly got into his car and followed the perpetrator. He wasn’t able to catch up, but he was able to take down much-needed vital information, including a partial plate number and the make and model of the man’s vehicle.

“It was extremely important. The partial plate and the overall description of the car, which was really specific, we were able to find that vehicle because of that.”

Thanks to the detailed information provided by Weatherford, the police were able to apprehend the kidnapper within 30 minutes, and the little girl was found safe, but terrified and crying for her father. The abductor, 40-year-old Robby Wildt, was arrested, despite pleading not guilty to the snatching. However, the police were able to press charges and specifically called out Weatherford for his good samaritan actions in helping them close the case. The story went viral on YouTube, with commenters praising the man’s quick thinking:

“Man this guy is the ultimate hero he literally gave that lil girl the chance to grow up and have a future!!!🙌🙌🙌”

“That little girl would most likely be dead if not for this guy. So glad his life led him to be there at the exact moment he’d be called upon to act.”

Stay vigilant in your neighborhood

Everyone should strive to be a good samaritan like Prentiss Weatherford. He stayed vigilant and gathered as much information as possible so that he would be able to help the police and get the bad guy off the street in the right way. While you may not always want to get involved in a dangerous situation, being observant can be the difference between life and death.