You have the power to combat this behavior!
By Danielle Page    October 31, 2021

You have the power to combat this behavior!

You may not be familiar with the term relational aggression – but you’ve likely seen it portrayed in movies and on TV.

This article will explore what relational aggression is, what causes it, how to identify it and how to counteract it. Suppose you suspect that a child or teenager you know may be a victim of relational and overt aggression in their peer group or at school. In that case, this article will also cover steps to take in order to rectify the situation.

What is relational aggression?

Relational aggression is a term that encompasses manipulative behaviors and bullying employed with the intent to cause harm to a person’s relationships with others.

Relational aggression can do just as much harmful damage as physical aggression. However, because it often lacks physical evidence, it can be hard to identify and address – especially within a school setting.

This type of relational aggression happens as a result of a person feeling threatened or attacked. For example, someone may become relationally aggressive if they’ve been wronged by a friend (peer rejection), or in retaliation to someone that has threatened their social status at school.

This example of relational aggression does not have a catalyst. It’s motivated by the individual’s desire to get what they want out of the person they’re targeting. An example would be threatening to end a friendship, or threatening to exclude someone from peer relationships if they don’t do what’s asked of them.

Also known as relational bullying, this term encompasses tactics like gossiping, spreading rumors and/or purposely excluding someone from a social group of friends.

While there are gender differences related to bully types of behavior, this can occur with both boys and girls.

Having a story circulated about you is never a pleasant experience – but in today’s digital age, the relational aggressor is able to reach a mass audience, which makes this behavior especially harmful.

Excluding someone on purpose

Exclusion can be used as a way to maintain a person’s own social status within a group – especially by someone who feels threatened. In scenarios where exclusion is being used, a student may purposely ignore someone who considered them a friend, making them feel invisible.

Examples of this include pretending not to hear them, not saying hello, giving them the silent treatment, or even uninviting them from certain social events. Because social relationships are so important to adolescents and teenagers, the target of this tactic will typically spend time and energy trying to identify what they did wrong, causing prolonged stress and anxiety.

Being teased by someone you don’t have a relationship with still hurts – but being put down by someone who presents themself to you as a friend is a type of relational aggression that has an even more severe impact.

It’s hard to spot or address these types of insults since the aggressor will state that it’s being said in the friend’s best interest. For example, the aggressor may say that the insult is being brought up because real friends are truthful – even when it hurts.

When someone stands up for themselves in this relational aggression scenario, the aggressor may downplay the damage, saying they’re being too sensitive rather than taking ownership over the person’s hurt feelings the way someone would in a healthy relationship.

Relational aggression doesn’t just happen in person – it happens online as well, which can be even more damaging when there’s no respite from the aggression taking place, not even at home.

Cyberbullying can mean anything from spreading rumors and lies over social media to harassing someone through messages or texts. In some cases of relational aggression, cyberbullying may even be used as a way to gain information from someone by pretending to be someone else.

This can also be used to embarrass the person being targeted by relational aggression. For example, pretending to be a potential love interest, only to reveal that this person fell for the trick to the entire school.

What causes relational aggression in adolescents and teens? Studies in child development have correlated relational aggression behaviors with experiences in early childhood and have identified that this impacts their social development and social-psychological adjustment. For example, children may have learned these behaviors from older siblings, or through indirect aggression, they witnessed through their parental relationships.

Social status seems to be one of the top motivators for relational aggression between adolescents and teenagers – but it’s not the only reason. Here are a few other factors that can cause relationally aggressive behaviors.

No one is immune to peer pressure. For adolescents and teenagers, fitting in with a particular crowd becomes an essential part of their social experience at school. It makes sense that even the brightest, most well-adjusted kids may compromise their morals in exchange for a certain level of popularity. This can be a powerful motivator for relational aggression.

Starting a rumor makes things more interesting – and being the one to start the rumor gives creative license over the excitement spreading around at school. This relational aggression might not even be about the target as it is a way to stir up drama for entertainment purposes.

People who put time and effort into making someone else look bad generally don’t feel very good about themselves. In order to prevent others from picking on their shortcomings, sometimes bullies will leverage relational aggression to strike out and divert attention from themselves as an act of self-preservation.

Jealousy can be a crucial motivator for relational aggression – especially in a school setting where emphasis on appearance and status are most important. If someone isn’t able to afford the things their peers have or isn’t deemed as attractive as others, relational aggression can be used as a way of retaliating and an attempt to even the playing field.

How to address physical and relational aggression

If your child or teenager is experiencing relational aggression, here are some steps to take.

As adults, the relational aggression and bullying we may have experienced in school are far behind us. But it’s important not to minimize your child’s experience by assuring them that no one will remember the gossip that they’re currently dealing with, or that the friend who betrayed them was not a good friend anyway.

Instead, validate the experience your child is going through. It’s hard to be at the receiving end of relational aggression – but make sure your child knows it’s not their fault.

When your child is experiencing relational aggression, wanting to fix this by stepping in is a common reaction. However, it’s essential for your child’s social development to feel that they have some agency over the situation and that they should be the ones to decide how they deal with the received aggression.

If your child wants to talk to you about the relational aggression they’re dealing with, allow them to speak without interrupting. Ask questions that help them identify what they think is best in order to address it. You may suggest that they talk with someone at school, but don’t pressure them to do so unless they’re ready and onboard.

Talk to your child about cyberbullying

Whether they’ve experienced this form of relational aggression or not, having a plan in place for how to respond to cyberbullying with your child puts you both a step ahead of the game.

Educate your child on the importance of not responding – even if it’s tempting to clear up things that are not true. Make sure you both keep a record of the cyberbullying that occurs – texts, posts, comments, etc., may be needed as proof in case the school needs to address this. If the situation escalates, report cyberbullying to the school.

Telling your child not to be friends or associate with the person causing relational aggression is not the best tactic, as it calls their competency into question regarding friendships. Instead, try to expand your child’s social circle outside of school.

Maybe there’s a hobby or sport they can join with children from other school districts. If your teenager is old enough, encouraging a part-time job where peers of a similar age work can also be beneficial. Encouraging prosocial behavior such as volunteering or charity work can also improve your teen’s mood and positively impact self-esteem.

Know when to ask for help

Just because relational aggression doesn’t encompass physical aggression doesn’t mean that a situation can’t or won’t turn physical. If you suspect that your child may be in danger at school, notify your school’s administration and work with them toward identifying a solution. There are many things a school can do as well to reduce relational bullying (see the Early Childhood Friendship Project for more details on that subject).

If the effects of relational aggression have become detrimental to your child’s mental health, whether it’s social anxiety, depression or impacting their social development, consider reaching out to a counselor or therapist to work with your child one-on-one.

Relational aggression can be hard to spot and tough to address, but you don’t have to be an aficionado of abnormal child psychology or subscribe to Early Childhood Research Quarterly to get a handle on it.

While we can’t protect our children from the aggressions of others, ultimately, we can teach them how to react, how to cope and how to protect themselves from cyberbullying. We can also teach them how to spot relational aggression early on in friendships to avoid relationships with such people.

No matter what age we are when we experience relational aggression, learning how to respond in a way that leaves us feeling empowered rather than defeated is key to overcoming it. 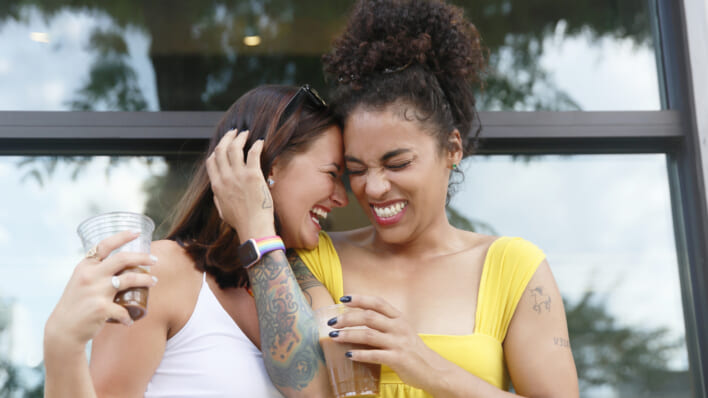 Do You Have These Most Desired Friendship Traits? 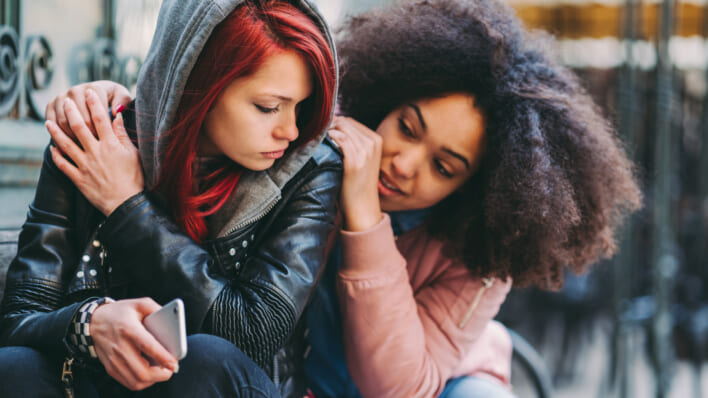 The Platonic Relationship: Everything You Need to Know About Platonic Love