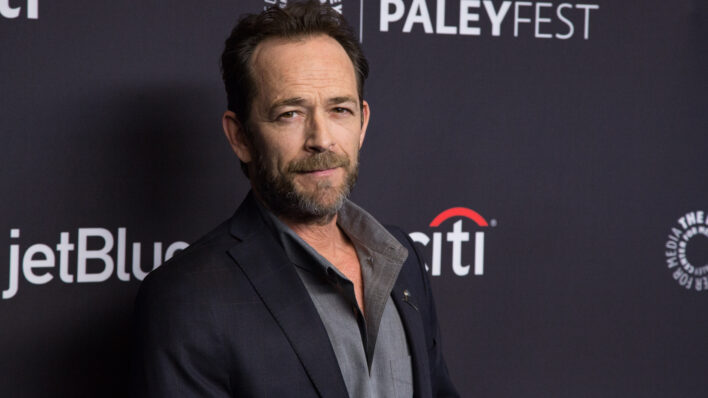 Many in their late 30s and early 40s probably have strong memories associated with the cast of Beverly Hills, 90210 — it was a teen-driven series that marked a generation and changed a genre (so many series that exist now can exist because of 90210) — but it also taught us so many lessons about teen relationships, friendships, and the very real angst of our generation.

It also gave us a lot of eye candy, and for me, my first crush: Dylan McKay.

For years, I’ve been telling friends that that I believe all of us go through something called the “Dylan Trajectory” — i.e. I believe that many of us who came of age around the mid-90s ended up being attracted to men in our personal lives (and TV/movie fandoms) that fulfilled our chosen “Dylan or Brandon” path. Personally, I was a Dylan girl. Dylan girls often went on to watch Felicity and become Ben fans or watch My-So-Called Life and be really into Jordan Catalano and so forth.

By that path, we can figure out all of our dating patterns (and TV-fandoms) but it also means Luke Perry completely shaped the choices I made for the rest of my life.

Weird and scary, too, but think about it on your end, you’ll probably have a similar story.

That being said, Luke Perry was more than the actor behind Dylan McKay, and more than the figure that led to so many future dating choices for those of us who were into the brooding, kind-of-bad-but-really-so-good, arrogant-but-deserves-to-be types. He was the James Dean of our generation; he defined our generation, and he went on to do so much more.

Luke Perry is probably most known to most of us for his definitive role as Dylan McKay on Beverly Hills, from 1990 through 2000, but he’s now come to be known on CW’s Riverdale as Archie’s caring, down-to-earth father, Fred Andrews. He starred in many films, from the movie Buffy, the Vampire Slayer to The Fifth Element, and he will also appear in the upcoming Quentin Tarantino-directed Manson murder film Once Upon a Time in Hollywood.

And before all that, he got his start in soaps. So those of us who really loved him? We knew him way, way back then.

There’ll be many celebrity tributes popping up that will remember the man, the legend. They’ll remember the talented actor with the smoldering good looks — but I’m going to remember him from the perspective of one of his biggest fans. As a fan who in high school, skipped class to meet him at a personal appearance. As a fan who watched every episode of 90210 he was ever in (and skipped the spin off because he wasn’t in it), and who will now be watching the 90210 reboot this summer with bittersweet nostalgia, rather than gleeful excitement.

He touched so many people from so many generation, I have a feeling I won’t be alone.