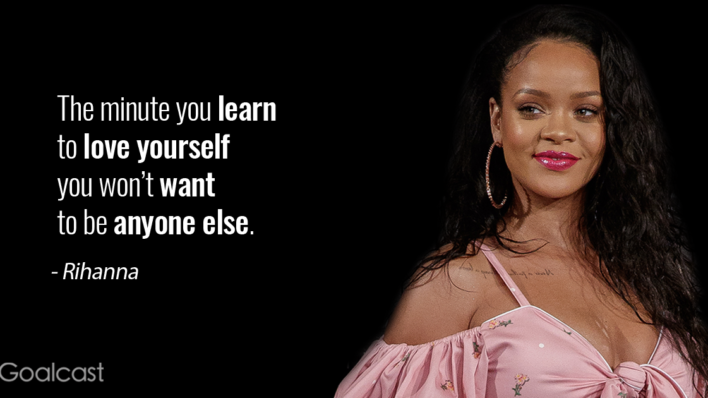 Robyn Rihanna Fenty, known to the world simply as Rihanna, is a singer, actress and businesswoman. Ever since she started
By Flavia Medrut    December 27, 2018

Robyn Rihanna Fenty, known to the world simply as Rihanna, is a singer, actress and businesswoman. Ever since she started her music career, Rihanna became a pop icon and received numerous awards and accolades for her work.

The singer’s childhood was affected by her father’s alcohol and drug addiction and by her parents’ divorce. She struggled with extreme headaches for several years and singing served her as an escape from all the tension.

At the age of 16 Rihanna got the opportunity to pursue a career in music so she moved to the US and never looked back. She signed a recording contract with Def Jam Recordings and soon released her debut album, Music of the Sun, which proved to be a great success, reaching no. 10 on the Billboard albums chart.

In 2017, Rihanna launched her own cosmetics brand, Fenty Beauty, which quickly became popular due to its broad inclusivity across skin types and tones. The brand was even named one of Time magazine’s best inventions of 2017.

A very successful artist with an amazing voice and catchy songs, Rihanna is one of the best-selling artists of all time.

Here are 20 Rihanna quotes that will inspire you to live life on your own terms: 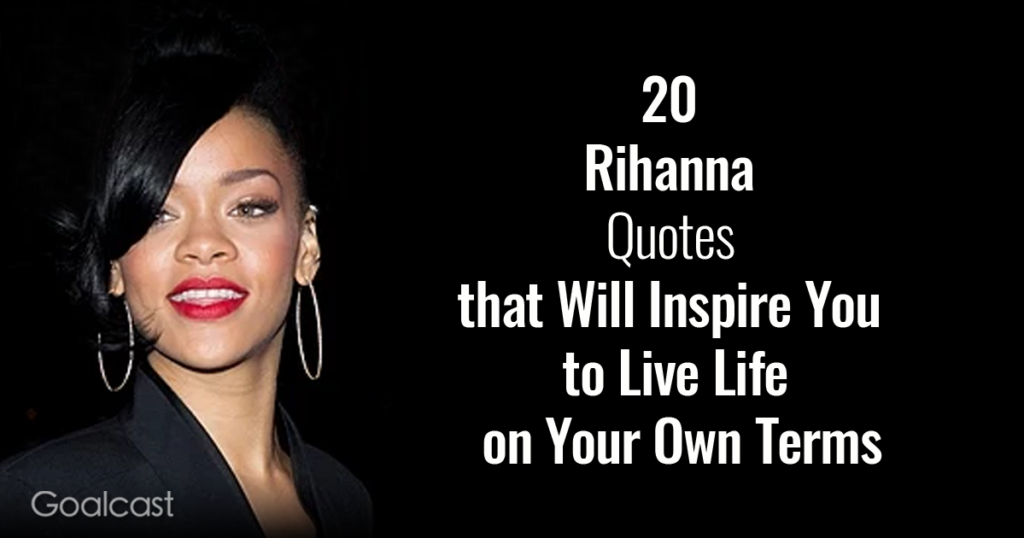 Let go of the things that make you feel dead! Life is worth living!

I stand up for what I believe in, and a lot of the time that can be against people’s opinions. 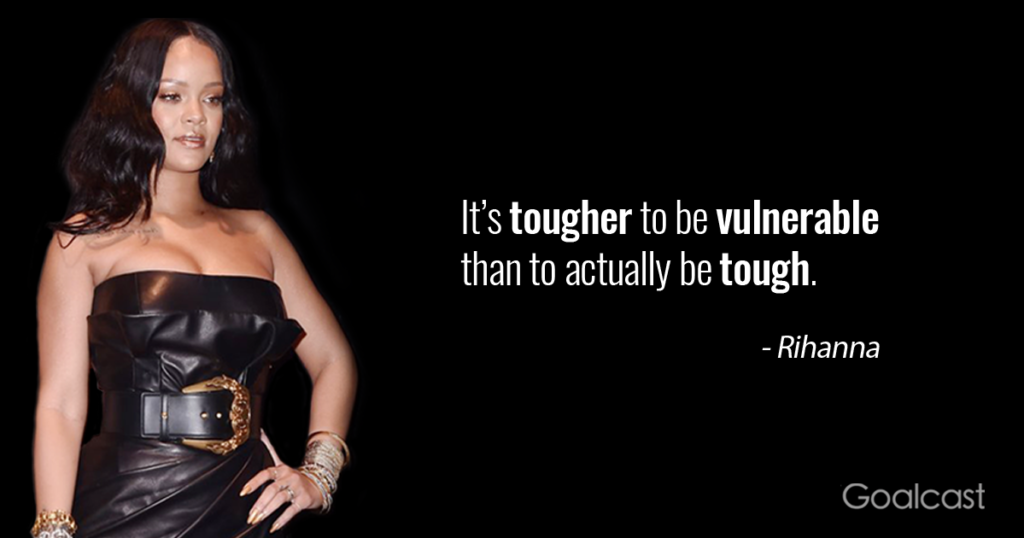 It’s tougher to be vulnerable than to actually be tough.

I don’t do things for the response or the controversy. I just live my life.

Sure, you wish you did some things differently. But there is no sense in becoming burdened with regret over things you have no power to change.

Keep your eyes on the finish line and not on the turmoil around you.

Don’t hide from who you are.

Nobody can understand what you’re feeling unless they burn the way you burned.

When you realize who you live for, and who’s important to please, a lot of people will actually start living. I am never going to get caught up in that. I’m gonna look back on my life and say that I enjoyed it – and I lived it for me.

You may never be good enough for everybody, but you will always be the best for somebody.

It’s only up from here, no downward spiral. 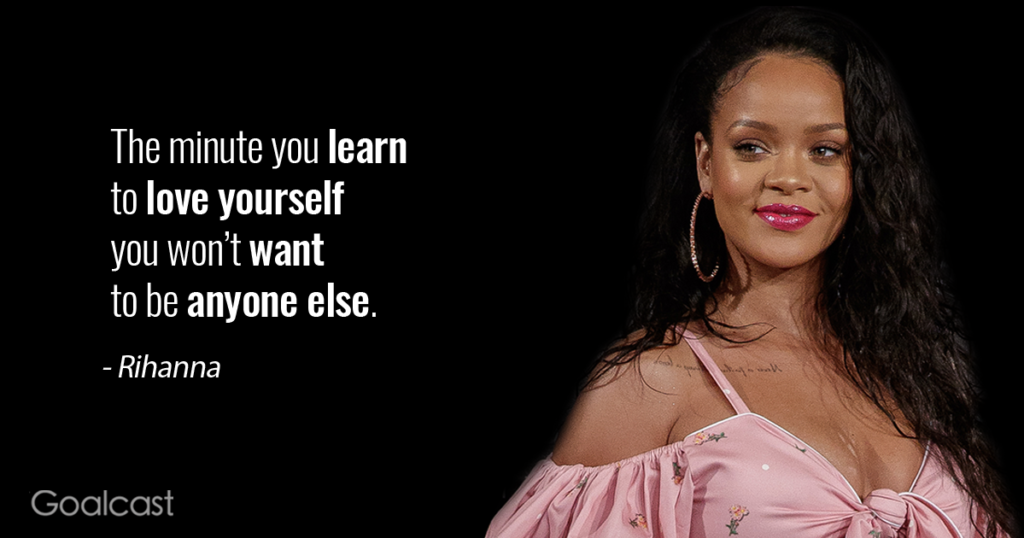 The minute you learn to love yourself you won’t want to be anyone else.

I think a lot of people are afraid of being happy because of what others might think.

I believe everybody’s an individual. You can’t judge someone based on someone else’s actions.

Be a girl with a mind, a b**ch with an attitude, a lady with class.

When I see myself as an old woman, I just think about being happy. And hopefully, I’ll still be fly.

Settling is the worst feeling in the world.