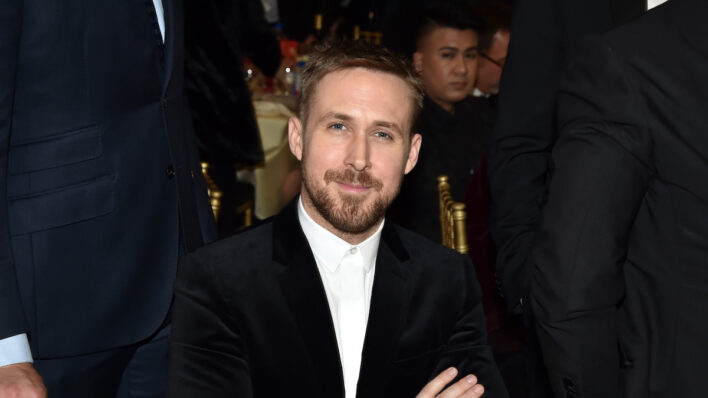 The stars of one of the greatest love stories of all time came together in real life. What happened when Ryan Gosling and Rachel McAdams’ picture-perfect romance couldn’t live up to public expectations?
By Shaoni Das    November 9, 2021

The stars of one of the greatest love stories of all time came together in real life. What happened when Ryan Gosling and Rachel McAdams’ picture-perfect romance couldn’t live up to public expectations?

Fiction and reality could be as dissimilar as night and day, but audiences will always find a way to blend the two.

Just look at what happened to Ryan Gosling and Rachel McAdams. The two met and co-starred in one of the most iconic romantic dramas of all time: The Notebook. Their sparkling chemistry on-screen was so palpable that it led to a relationship behind the cameras, too. They promptly became an It Couple of our generation, setting hearts aflutter whenever they went. In fact, their kiss at the 2005 MTV Movie Awards was so powerful it launched a million ships overnight, allowing fans to see their favorite love story play out before their very eyes.

However, there are stark differences between a Nicholas Sparks story and one that involves real-life complexities. When Ryan and Rachel broke up, it wasn’t treated like a routine celebrity split; it wound the masses up into a state of anger that the stars were simply not prepared for.

Here’s how Ryan Gosling dealt with the fallout of his breakup with Rachel McAdams.

Though they didn’t get along initially, Rachel and Ryan became each others’ “great loves”

What’s so ironic about the whole affair is that Ryan Gosling and Rachel McAdams had no business pursuing a relationship initially. They did not have the most seamless introduction and were seen quarreling with each other in the early days of filming. The movie’s director, Nick Cassavetes, told VH1 about the on-set tension and how it had become so dramatic at one point that Ryan Gosling requested someone else to run lines with. “He’s doing a scene with Rachel, and he says, ‘Would you take her out of here and bring in another actress to read off camera with me?” said Cassavetes. Ryan allegedly said he couldn’t “do it with” Rachel and wanted a different actress to act against. They would be “screaming and yelling at each other” nearly every day, and Cassavetes actively worried that the production would be impeded, if not scrapped altogether.

Like a classic enemies-to-lovers trope, Ryan and Rachel eventually stopped sparring with each other and started to give in to a friendship, but keep in mind; it wasn’t immediate. They managed to finish the project on somewhat professional terms, but it wasn’t until two years later that they realized that they were “wrong about each other.” They’d developed a crush on each other over time, and it was the perfect opportunity for them to explore this newfound passion.

It introduced me to one of the great loves of my life. But people do Rachel and me a disservice by assuming we were anything like the people in that movie. Rachel and my love story is a hell of a lot more romantic than that.

Their pairing was a phenomenon, with the paps following them around at each and every turn and supporters forming a personal attachment to their coupling. It was a little creepy, to say the least, but that’s what happens in show business. In an interview with GQ, Ryan said the interest was flattering, and he couldn’t be more grateful for The Notebook and how it propelled his career, but at the end of the day, he and Rachel were not their characters. In fact, their story was far more intriguing and “romantic” than the tale depicted on the screen. Fiction couldn’t possibly capture the attraction that had taken shape in reality.

Unfortunately, the love didn’t last, as is known to happen, and Rachel and Ryan broke up two years later. However, because of the couple’s impact on popular culture, the public decided they needed to take sides and find a culprit in the breakup. Most chose Ryan. “Women are mad at me,” he said. Some were so incensed by their split that they confronted Ryan in the street and said things like, “How could you let a girl like that go?” In another case, a girl approached Ryan and “almost smacked” him for parting ways with Rachel. The response was over-the-top and unhealthy, and most critically, it put Ryan in a precarious position where he felt like he had to be the one to solace others.

I feel like I want to give people hugs, they seem so sad. Rachel and I should be the ones getting hugs! Instead, we’re consoling everybody else.

The reason why they went their separate ways in the first place had a lot to do with their exploding fame. The overarching success of The Notebook, in conjunction with the fixation on their union, made them feel wary about the nature of their celebrity. Was the courtship really worth it if it meant they had to endure hordes of paparazzi getting in their way on a daily basis? Or if they had to cope with obsessives asking invasive questions about their private life?  Show business, as per Ryan Gosling, was the culprit. “When both people are in show business, it’s too much show business. It takes all of the light, so nothing else can grow,” he told The Times.

If your stardom is weighing down on your ability to build a connection with your partner, perhaps it’s not the right time or person for you. So Ryan and Rachel did what any couple would do in their position and called it quits, no harm done. “The only thing I remember is we both went down swingin’, and we called it a draw,” he said about the way their parting came about.

Sometimes, things happen for the best. Both Ryan Gosling and Rachel McAdams are involved with other people as of now and are living rich, fulfilling lives with their partners and children. They have no bad blood between them, and Ryan even went on record to call Rachel one of “ greatest girlfriends of all time.”

The rise and fall of Ryan Gosling and Rachel McAdams’s love story demonstrates the frailty of human connection and how it’s often not built to last for a long time. We’re so used to projecting our fantasies onto other people that we can’t help but be disappointed when they let us down in some way or the other, even if it’s not their fault at all. Their breakup was 100% mutual, but we still decided to pin it on Ryan like he’s a movie character, and we’re familiar with their background and history.

For better or for worse, life isn’t a movie. Love, at first sight, is rare, the concept of soulmates leaves much to be desired, and we likely won’t be able to conquer every single obstacle in our quest for love. But there’s also a lot of beauty in the unscripted and spontaneous nature of reality, where the best moments take you by surprise, and the most meaningful connections come and ensnare us our nowhere. Life isn’t a movie, but it might be something better.