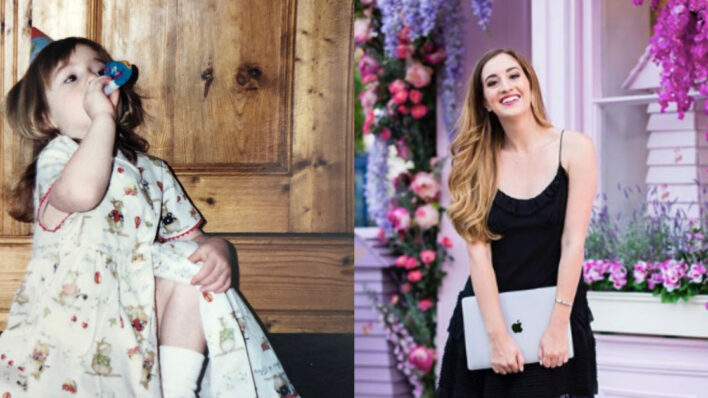 Sabrina Phillipp shares her story about the moment she was able to take control of her life and got on the path to success.
By Aly Walansky    November 5, 2019

Sabrina Phillipp shares her story about the moment she was able to take control of her life and got on the path to success.

When Sabrina Philipp was a little girl, she would often dream of a future where she had freedom do things her way in her own time. But it took a long journey, one of heartbreak and self-abuse before she learned the secret to balancing ego with self-worth and using that to power her journey of self-fulfillment and success.

She’s achieved that now by becoming CEO of a multi-million dollar business that incorporates online life and business coaching with soul (and social media savvy).

Her mindset caters to the spiritual side of running a business  – and that’s being healthy, happy, and whole human… but it took her a long while to get there.

“I was expected to go get a ‘normal job’ or continue my education and I wasn’t ready to commit either way. I knew if I decided to go off and travel, I’d find the path that was right for me,” Philipp told OK Magazine. “I was willing to do whatever it takes and bet on myself. That bet paid off.”

For Philipp, her life kept repeating the pattern of intention – asking herself if this was the path she wanted, and how can she achieve more of what it was that she wanted to have the happiness and fulfillment she craved.

“Any successful business should be intentional, manageable, and profitable. By success, I’m talking about a business that fills your bank account and your soul,” Philipp told Forbes.

According to Philipp, it’s ultimately about understanding how your business flows into the rest of your life.

Of course, that traces back to her own origins

“The reason why I created an online business was so that I would be able to have the life I always wanted and so that I would be able to travel and see the world and do things the way that I wanted to do them. So I need to keep that at the forefront of every decision that I make, so that I don’t sacrifice what I want because I think that’s when we start sacrificing what we want and we start betraying ourselves that one day we do get to that moment, we’re like, ‘Wait, I don’t want this anymore.’“

But it took a great evolution to get there

In the video, Sabrina Philipp tells a story of her birthday one year when she was a child. “I remember waking up so excited, and running down the stairs. My stepfather was standing at the bottom of the stairs.”

At that time, Sabrina asked her stepfather what her father had gotten her for her birthday. Her stepfather responded: “Your father got you nothing. He doesn’t love you. You mean nothing to him.”

She tried to hold back her tears and not show how she was feeling, but at the time she wondered why this had happened. Was it something she had done? Was she just not good enough?

Ultimately it turned out to all be a lie: Her dad had been sending her presents and did love her. Her stepfather had hidden them from her. Her stepfather was very controlling and emotionally abusive, and it all came to a head with her drinking and dropping out of college from all the pressure.

Eventually in counseling, she had a breakthrough. A therapist told her:

It doesn’t matter what everyone else has done to you, what matters is what you are doing to yourself.

She learned to stop getting all her love from external sources and learned to turn that love inward. Self-love is about believing you are worthy of love, and that’s not something you get by doing, or acting, but just by being.

That’s the love we need first and foremost before anyone else’s and it’s the key, she said, to staying true to your own path.

“Yes, business is personal. That’s what makes it terrifying, but it’s also what makes it amazing. It’s such a satisfying feeling to move past your fears and in direction of your destiny, and watch it manifest because of your actions,” Philipp told Forbes.

Once we know our truth, then we can find people who feel the same way

It’s our vibe that attracts the right and wrong aspects of our life. What we put out is what we attract back to us.

“I believed so deeply that it would happen for me, and because of that, I was able to step into the mindset of a six-figure business owner and take action like they would,” Philipp said to Forbes. “When I made investments, hired team members, or made any major decisions around my business, I always asked myself: what would a six-figure business owner do? To me, the answer meant never accepting anything less than everything I want.”

It all comes full circle, but at the end, it’s all about being honest with your ultimate truth.