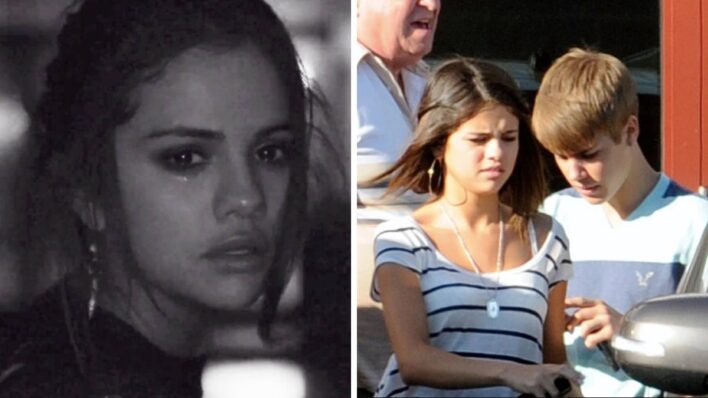 Selena Gomez believes her public relationships have taught her how to grow and accept herself. This is what we can take away from them.
By Shaoni Das    August 27, 2021

Selena Gomez believes her public relationships have taught her how to grow and accept herself. This is what we can take away from them.

Relationship failures aren’t unique phenomena by any means, but the set of circumstances under which celebrities pursue romances is nothing short of extraordinary. Every action is noted, every move scrutinized; you can’t even get away with liking someone’s post nowadays without sending the tabloids into a frenzy. No interview is complete until you’re asked about your previous partner, how the breakup came to be, how hurt you are, what kind of role they occupy in your life – the list goes on and on.

An average person doesn’t have to spend years dissecting their prior romantic involvements, but when you’re in the public eye, you will be asked to dig into those memories over and over again, oftentimes for the sake of content, promotion, or profit.

Just look at Selena Gomez: the former Disney star is one of the most successful singers, actresses, and entrepreneurs of our time, and yet questions pertaining to Justin Bieber and The Weeknd keep circling around her like it’s the only thing she’s known for. Thankfully, she takes the pressure in stride and is keen on transforming her troubles into opportunities for growth, wisdom, and self-discovery.

Here’s what we can learn from her efforts to forge her path forward:

She thinks her relationship history is “cursed”

In an interview with Vogue Australia, Selena opens up about the trials and tribulations of falling in love when you’re young and in the spotlight. The 29-year-old said she’s always felt “less than” her boyfriends, and that those connections, as passionate as they may have seemed at the time, lacked equality and emotional maturity. She doesn’t elaborate on how this inequality manifested, but she does detail the severe toll it took on her self-esteem.

It’s no secret Justin Bieber was and continues to be one of the most tremendous forces in the music industry. As a teen idol, however, he brought about an unprecedented level of chaos everywhere he went, with hordes of young girls screaming and going berserk over his each and every quirk. He became the subject of many an inappropriate fantasy, and therefore, Selena, Bieber’s longtime girlfriend, started becoming portrayed as a villain in the saga, someone who must be slandered and defeated to bring the illusion into fruition. This doesn’t just apply to Justin Bieber — her other ex-boyfriends, The Weeknd, Nick Jonas, Niall Horan, command similar craze in their respective circles, and their ascendancy into heartthrob status and sex symbolism bore serious consequences for Selena’s image as well as her internal frame of mind.

Of course, this doesn’t necessarily constitute the reason why Selena felt less “equal,” but it might explain why it’s been an uphill battle to learn how to value herself and appreciate her individuality. The Only Murders In The Building actress says she was also far too young and naive to experience the hardship of scrutiny and audience obsession, which only becomes worse when you’re trying to date the most beloved pop star in the universe. It’s no surprise why she believes her relationships have been “cursed.”

There is no denying Selena Gomez has been put through the wringer in these entanglements. In previous interviews, she confirmed that she’d been a victim of emotional “abuse” and that it took immense reflection and self-care on her part to clamber her way out of the shame. It’s widely believed Justin Bieber is the perpetrator, though Selena steadfastly refuses to name him; at the same time, the Texas native does say that the same bond had been “beautiful,” but it was time to move on nonetheless. As for The Weeknd, she and the Canadian singer are amicable as ever post-breakup and support each other in all their professional ventures.

The singer admits it’s been essential for her to focus on mental and physical health to feel confident, loved, and “rare.” She’s latched onto the last word not just as a branding slogan but as a way to empower herself when she’s at her most vulnerable and distressed. That’s why she’s centering her music, business, and advocacy around the concept of “rare” and everything it embodies.

It’s only gotten better, and that’s kind of what people say, you know, when you get older, you feel a bit more confident with who you are. I don’t know if that’s gonna be every year for me. Maybe it is. But I just feel like I’m constantly growing in the right direction.

As she nears her thirties, Selena is enormously proud of the milestones she’s achieved in both the personal and professional realms. “I’m just really happy with who I am,” she told Vogue. She recognizes her growth but is also self-aware about her tumultuous history with men. Knowing fulfillment and self-love aren’t a straight line, she’s persistent in undertaking new adventures and continuing building gratitude and self-sufficiency. She doesn’t know she’ll be able to preserve this renewed sense of positivity, but as long as she is “growing in the right direction,” as she puts it, she’ll pull through.

As for dating, Selena isn’t actively pursuing a boyfriend at the moment, but she hasn’t shut down shop either. She has a list of criteria that must be met before she jumps into the ordeal and risks another public humiliation. Moreover, now that she has the patience and wisdom that comes with maturity and experience, she’s not settling for anything she deems a bad fit. “I think you know when you get older. You find people that are actually right for you, that are actually on the same wavelength,” she said.

Never forget to admire your growth

Life is such a quick, maddening journey that many people don’t know how to even recognize or process their growth. You’re growing in so many ways, every single day, every single minute, whether or not it’s come to your attention. Even when you deny it, you’re growing and evolving and maturing and becoming the best version of yourself.

If Selena Gomez can make the transition from the exploited, insecure starlet to a self-assured, thriving businesswoman, it’s possible for you as well. But you can’t hope to find joy or success in life unless you take a moment to acknowledge how far you’ve come along and what you’ve been able to do up until this point. There might be a long road ahead, but life’s nothing if you can’t press pause for a second and admire your development.