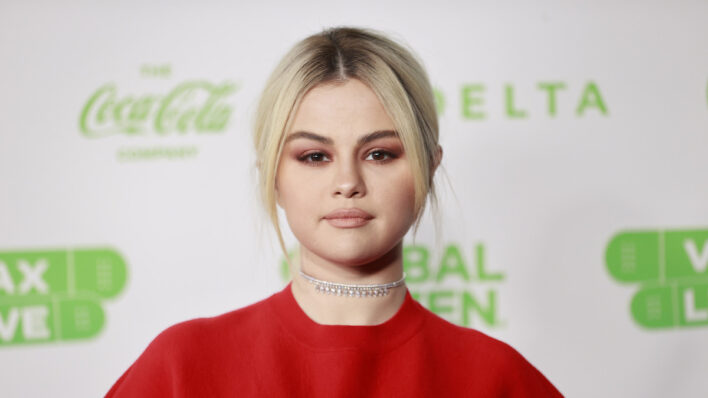 There wasn’t a single challenge the former Disney star didn’t face in her twenties, yet she’s still excited about turning 30 and beginning a new chapter in her journey.
By Shaoni Das    February 4, 2022

There wasn’t a single challenge the former Disney star didn’t face in her twenties, yet she’s still excited about turning 30 and beginning a new chapter in her journey.

Our Disney darlings are growing up.

Selena Gomez, alongside contemporaries Miley Cyrus and Demi Lovato, will have completed thirty years around the sun by the end of the year. Those of a particular generation will remember the trio as the frontline of a Disney resurgence, representing a new wave of Girl Power personas with their secret identities, scintillating costumes, and a propensity to rebel against authority. As such, it can be daunting to realize how quickly time passes, and how rapidly people evolve and transform and move when we are not looking.

Only, in this case, there is hardly any mystery to their development. Selena Gomez has lived an incredibly public life, by choice and by circumstance. Her battles were laid bare for everyone to see and consume and profit off of. Though it can be comforting to not have to hide your pain from the world, it’s also suffocating to not be able to maintain any privacy.

Thankfully, with her 30th birthday around the corner, Selena is reflecting on her journey with empathy and is looking forward to the next decade of her life.

There is no doubt Selena Gomez’s twenties were a chaotic time in her life. Though she was able to break out of the Disney mold and establish herself as a mainstream artist, with a slew of number-one singles and gold-certified albums to boot, she also went through enormous personal challenges under the spotlight. Though her romances with Justin Bieber and The Weeknd grabbed the lion’s share of the headlines, her health issues, including her anxiety, depression, and bipolar disorder, also generated significant media interest.

A narrative was weaved in which Selena was characterized as the lonely, pathetic, sad-sack: stricken with disease, cursed with love, especially as her exes moved on to other people and discovered their happily-ever-afters. Not to mention the unprecedented scrutiny she received for undergoing a kidney transplant, with many queries hurled at her lifestyle choices. With so many obstacles in her way, Selena questioned whether there would ever be an end to the madness. “Every time I went through something, I was like, ‘What else? What else am I going to have to deal with?” she told Billboard.

The Texas star actually felt objectified by the press, in that her struggles were being exploited and turned into fodder to feed the masses. “It felt gross for a long time … the narrative was so nasty,” she said. This is a woman who self-admittedly “signed” away from her life to a pop culture machine at a startlingly young age, whose innocence was ripped from her arms, and who had no choice but to succumb to the pressure if she wanted to do what she loved. She acknowledged how the aforementioned difficulties should have led to her downfall. She didn’t feel “strong enough” and could have possibly hurt herself amid the anguish.

My lupus, my kidney transplant, chemotherapy, having a mental illness, going through very public heartbreaks — these were all things that honestly should have taken me down.

Nevertheless, she persisted. Selena never lost belief in herself and knew she was making a difference in the world no matter what. Simply being forthcoming about her troubles and opening up about the ins and outs of her hardship created hope, not just for herself but for the millions of people who follow her. ‘You’re going to help people,’ she had told herself in order to keep going.

Thankfully, every night does have its dawn. As a new decade beckons, Selena is re-examining her twenties and is looking forward to new experiences in her thirties. “I love growing up,” she told PEOPLE. “When I was younger, I was scared of it, and I thought by now my life would look so different.” Life indeed had other plans, but it doesn’t mean she can’t be excited about what’s to come. She’s run the gamut of Hollywood dilemmas over the last decade, and just can’t wait for a blank canvass: a new era in her path where she can gain a better understanding of herself and her innermost passions and desires. “But now I’m like, ‘Wow, this is not what I ever expected, and I couldn’t be more thrilled,’” she said, adding how she’s stopped caring about what others say. Instead, she’s directing the full extent of her energy on what makes her happy.

I love growing up. When I was younger, I was scared of it, and I thought by now my life would look so different. But now I’m like, “Wow, this is not what I ever expected,” and I couldn’t be more thrilled. I’ve stopped caring about what people have to say, and that’s been wonderful.

What’s so strikingly heartwarming about Selena’s story is that she could have easily crumbled under the ‘Child Star’ curse. The makings of such a collapse were apparent.  She could have flown off the rails and spiraled, but her steadfast commitment to achieving a healthy state of mind spurred her along. She continued releasing music, she continued focusing on creative work, she continued doing movies and television, and she founded her beauty brand Rare Beauty – which has gone to become one of the fastest-growing celebrity enterprises of the last few years.

Even from a personal standpoint, the Only Murders In The Building star feels better than she has in years. She has learned to let go of, or at the very least, balance the negativity. Her official bipolar diagnosis explained so much of what she’d been going through; the confirmation just allowed her to develop a game plan and move forward. “I could take a deep breath and go, ‘OK, that explains so much,’” she told Billboard. Recalibrating her relationship with social media has also aided in managing expectations and preserving her sense of strength.

All that to say: she’s one woman who is bucking the trend and can’t wait to hit her thirties. A new decade is accompanied by new opportunities to learn, grow, change, and evolve, and it should, ideally, foster excitement. From what she’s been through in her twenties, we can only hope her thirties give way to ample peace and fulfillment.

The twenties are often depicted as your wildest years: you’re young, you’re bursting with energy and adrenaline, and you can’t wait to seize the world by its horns. However, the media rarely tries to dig into the darker side of your twenties; there is insecurity, there is shame, and there is a deep-seated vulnerability that is often repressed for years on end. It’s why the ‘Child Star’ curse has claimed so many young performers: they are in an industry where their every impulse can be gratified, every wish granted. They’re going a mile a minute, and if they don’t have a release valve, they will implode in no time.

Selena Gomez had never been one to ‘party hard,’ but she still went through the wringer in her twenties. Yet, she hasn’t lost hope for the future; she can’t wait to keep going and embrace the next chapter in her life. Aging doesn’t have to be a problem: it’s the process that leads to so much wisdom and maturity and a sense of self you would have never developed in the past. Embrace your years like Selena, and you’ll be far more content in your day-to-day.