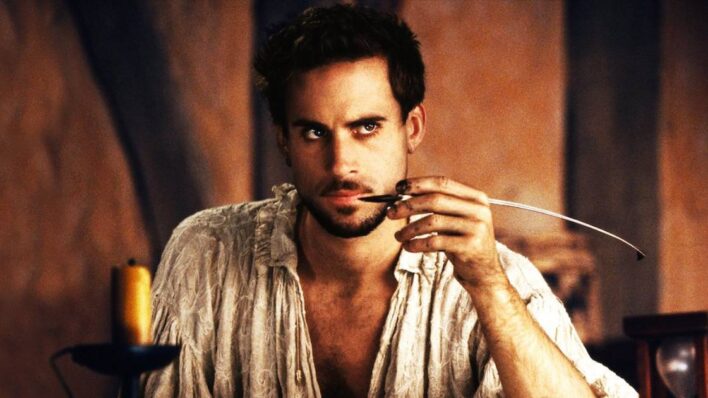 While self-isolation seems to have halted life as we know it in the world, this isn’t the first time that humans have had to go through something like this. In fact, great things have resulted from people isolating due to plagues and pandemics. It can remind us that a daunting situation can have its positives.
By Shaoni Das    March 23, 2020

While self-isolation seems to have halted life as we know it in the world, this isn’t the first time that humans have had to go through something like this. In fact, great things have resulted from people isolating due to plagues and pandemics. It can remind us that a daunting situation can have its positives.

There is no denying that we’re living in tough times at the moment. The COVID-19 pandemic is sweeping through the world at a frightening pace and is transforming our lives as we speak. The disease is claiming lives by the hour, if not less, and scientists are predicting that it hasn’t even peaked on a global scale.

Due to the nature of the virus, a lot of us are self-isolating for the foreseeable future. Regardless of whether our governments have instructed us or whether we are doing it out of a sense of precaution, social distancing is something we’re going to have to get used to, at least for few months anyway.

It’s one thing to be an introvert and actively choose not to socialize with others, but to have it sprung on us as a way to contain the spread of a highly contagious and deadly disease — well, we did not see this coming.

But the fact of the matter is that we’re here and we’re in it for the long haul. A lot of us are learning for the first time what it’s like to be truly alone, and it can undoubtedly be an uphill battle. Yes, we do have the most advanced forms of technology allowing us to remain connected with each other, but that doesn’t mean that the physical loneliness isn’t getting to us.

Yet if we look closer, we can find that there are certain silver linings to this crisis. For starters, it’s gotten the whole world focused on one singular issue. When people’s lives are at stake, human beings will do just about anything to help each other. And even for yourself, self-isolation can bring a lot of unexpected surprises. Just let history give you a lesson.

The greatest minds flourished during isolation

What we have to realize as a society is that health epidemics aren’t necessarily a new phenomenon. Sure, the COVID-19 pandemic is beginning to become a reality for us before our very eyes, but we have to remember that human beings as a species have gone through pandemics before. We’ve lived through those hard times, recorded our experiences, learnt our lessons, and have passed them down to our descendants.

However, sometimes it’s the strangest, most challenging circumstances that enable us to push ourselves. It is widely believed that William Shakespeare was forced to turn to poetry when all the theaters shut down during the bubonic plague. The bubonic plague is reported to have wiped out as many as 200 million people in Europe and Asia, and it wasn’t just a one-time explosion, either. The plague kept recurring over the centuries, so the people at the time always had to hang tight in case they were made to go into self-isolation again.

Scholar James Shapiro believes, as stated in this article, that theater shutdowns may have played a large factor in influencing Shakespeare to write his best dramatic works. During one of the years in which the theaters were shut, Shakespeare wrote King Lear, Macbeth, and Antony and Cleopatra. Those plays are known as some of the most brilliant, prominent, and thought-provoking works of art ever produced in the English language, and they were all written in isolation.

Moreover, Shakespeare wasn’t just able to churn out his best works despite the plague; there could be a reason to believe that his best works flourished because of the plague. Think about it: epidemics inherently lead to death, pain, separation, heartbreak, fear, anguish, and the occasional glimmers of hope.

Shakespeare’s plays are rife with references of the plague, from memorable one-liners in Antony and Cleopatra to entire plot lines, as was the case in Romeo and Juliet. The way in which he observed and processed the events around him gave him inspiration for some of his most notable works.

Being alone drew these individuals to look inward

Similarly, Edvard Munch, the artist of the iconic The Scream painting, also had to endure a childhood of sickness, isolation and death. It is said that his traumatic experiences played a part in the development of his “macabre sensibilities,”, which in turn impacted his art. His years spent in isolation drew him to painting as an outlet, which he then pursued as a full-blown career.

And not all discoveries were made in the realm of art, either. Sir Isaac Newton, the founder of modern science, was in isolation as well when he decided to address the many questions that had been lurking in his mind. His scientific explorations flourished during the Great Plague of London. He had been living in the countryside, walking among the wide green fields when an apple fell on his head. The rest, as they say, is history.

We’re absolutely not saying that the panic and destruction around pandemics are the only way to awaken your creative instincts, but it is worth noting that our experiences inevitably reflect in our art. Artists and scientists don’t just create their work out of thin air; they watch the world around them and put those raw emotions and observations on paper. Sometimes it’s in the form of a story, sometimes a report or graph, or sometimes it’s just a journal entry that never sees the light of a day.

The endless freedom of solitude

Being caught alone during such a time can be a terrifying experience for most people. But we also have to acknowledge that if that’s all it takes for us to overcome this hurdle, then we will take it a hundred times over. The time and space that is available to you during self-isolation can work wonders for your creative drive.

You can finally pursue those projects that you’ve been holding off for a while, whether that’s learning a new language, putting together a piece of furniture, trying out new recipes, or just catching up on your summer reading list.

All in all, there are no fixed set of rules on what you should or should not do during self-isolation. However, as history has shown us time and again, humanity’s greatest strength is how it creates, survives and prospers during the worst of times.

If you take this time to truly get to know yourself, get to know your passions, your aspirations, your longings, your ideas; the self-isolation will pass by in no time. And the results will be more than worth it.