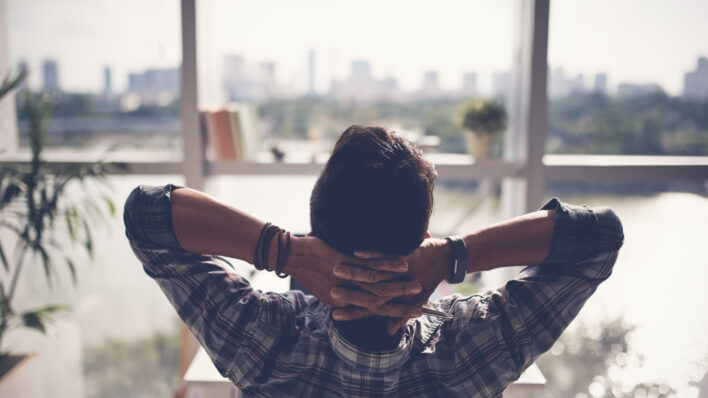 How to Stop Caring About What Others Think of You

When I was younger, the fear of what others thought of me was paralyzing. I had a thing about clothing
By Matt Valentine    January 22, 2018

When I was younger, the fear of what others thought of me was paralyzing. I had a thing about clothing

When I was younger, the fear of what others thought of me was paralyzing.

I had a thing about clothing when I was younger and would take forever just to decide which shirt I was going to wear. What would the girl I like think? What would other people think? I like it, but would others think I look funny?

It pains me to think of how many kids go through that now (especially in high school, ugh) because I know what it feels like.

Unfortunately, while it is magnified during our younger years, the fear of what others think of us doesn’t stop there. It follows us all the way to adulthood and will rob you of your life– if you let it. You probably wouldn’t worry about what people think of you if you could know how seldom they do!

The fear of what others think of us is paralyzing. However, there’s a big misunderstanding at the heart of this fear that causes most of the problem.

And if you become fully acquainted with this knowledge it can help you stop caring what others think and start acting and living in a way that is more true to who you are and what you want to do.

One universal truth worth remembering time and time again is this:

No one cares. They’re too worried about whether or not they look good, are fitting in, or sound funny. They’re thinking about that deadline, that errand, or what happened between them and their best friend two days ago.

We’re all too afraid to be ourselves because we think everyone else is looking at us. But, the truth is, we’re all too busy being absorbed in our own lives to care what the person we passed by at the mall is doing– whether their shirt was too tight, their belly was sticking out– or whether the barista at our local coffee shop was nervous or not.

You can test this out for yourself the next time you step out. As you’re walking through whatever public place you’re visiting, keep your head up and scan through the faces of the people you pass by.

Are they looking at you? Someone else? Or are they too busy on their smartphone or looking off somewhere else? Do most other people look confident and happy or occupied and stressed out?

For as much as we worry about what others think of us, we have a tendency to shy away from making eye contact with those we encounter throughout daily life. However, watching the faces of others tells an important story that can shed light on the truth about this irrational fear. Getting to the heart of the issue: Uncovering the inner dialogue

This simple exercise can go a long way to helping you overcome the fear of what other people think because it debunks the common assumption made by the mind. However, if you want to get to the heart of the issue, you have to go further.

We’re talking the back is split open, the sides are frayed, and a sizable hole has formed at the front, big enough for my toe to peek out. As much as they were torn and frayed, I loved them because they were my torn, frayed, and worn-in shoes. There was a sort of comfort to them, and a resistance to the idea that I had to constantly buy new things, that I enjoyed.

Obviously, I replaced my shoes after a while (and consequently beat up another pair), but that’s not the point of the story.

It’s this: after a while of going out wearing them like this– passing by others at the grocery store, bank, mall, or anywhere else– I noticed certain thoughts that would arise. They were downright horrible.

“They don’t have any money.”

After a while, noticing these thoughts arise became an exercise in itself– one I found a lot of value in.

If that was confusing, let me say it again: the fear of what others may think comes not from other people, but from our own thoughts about what we believe others are thinking about us.

In other words, it’s all in our head.

This one thing, if really and truly internalized and acted upon, can single-handedly change the course of your entire life. It can take time to realize this for yourself, and I insist that instead of taking my word for it you go out and work to uncover your own inner dialogue.

The fear of what others may think of us is a debilitating fear that can make us live out our entire life suppressing our true selves. So, it’s imperative that you work to see for yourself that not only are people too busy to care– but that the fear itself comes from (and heals) within.