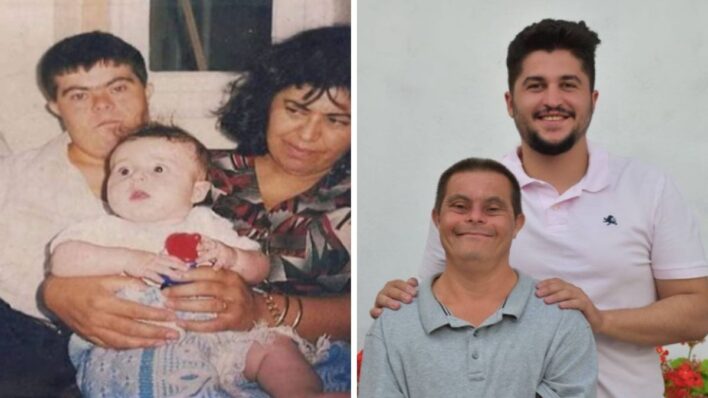 A Syrian dentist raised by a father with Down Syndrome says he wouldn’t choose to have any other father if he could.
By Joel Balsam    October 13, 2021

A Syrian dentist raised by a father with Down Syndrome says he wouldn’t choose to have any other father if he could.

Jad Issa has Down Syndrome, a genetic condition where a person has an extra chromosome, leading to learning disabilities and delayed development. But that didn’t stop him from being a great dad.

A son proud of his father

According to Jad’s son, Sader, who was studying dentistry at the time of a report by The Syrian Society for Social Development, Jad was a “loving” father.

“For me, if I could choose who my father is, I wouldn’t think of someone else and I’m proud of him the same way he’s proud of me.”

He supported his family in many ways

As Sader grew up, Jad worked in a wheat mill to earn money for the family and always supported his son.

“Throughout my life, he has been the greatest support for me when I needed it,” Sader said in the report, which was co-sponsored by the United Nations Refugee Agency (UNHCR). “During my studies, he was the biggest supporter economically, psychologically and in all respects.”

Sader said he loves when his father introduces him to a new person for the first time.

“You can see the pride and joy in his eyes. It’s like he’s saying, ‘yes, I have Down syndrome, but I raised this man and did everything in my power to make him become a doctor and help others.”

A lesson about the capability of those with Down Syndrome

While Sader’s mother doesn’t have Down Syndrome, he said he understands why she married Jad.

“They are intellectually suitable for each other; very simple but loving and caring people,” Sader said.

A child who grows up in the lap of a person with Down Syndrome… This will lead up to a person who has an emotional and social balance and is able to achieve anything he wants.

In the video, Jad cracks a joke. “She is older than me and I chose her older than me.” To which his wife responds that she’s just three years older.

“The social relations are simple and pure because he loves everyone and anyone, and in return, people love and respect him and treat him like any ordinary person,” Sader explained.

Sader concluded the interview by saying how many women choose to get an abortion when they discover they have Down Syndrome. But, “if my grandmother was convinced of this idea, I wouldn’t be here with you,” Sader said.

The best dads are loving and supportive

There’s more to being a father than tossing around a football, as we also learned recently with the story of a man with cerebral palsy who raised a proud son. Being loving and supportive are the main components to fatherhood — and that’s a lesson all fathers can take from these heartwarming stories. 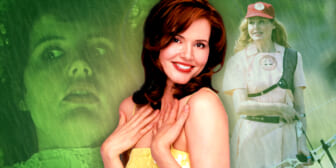