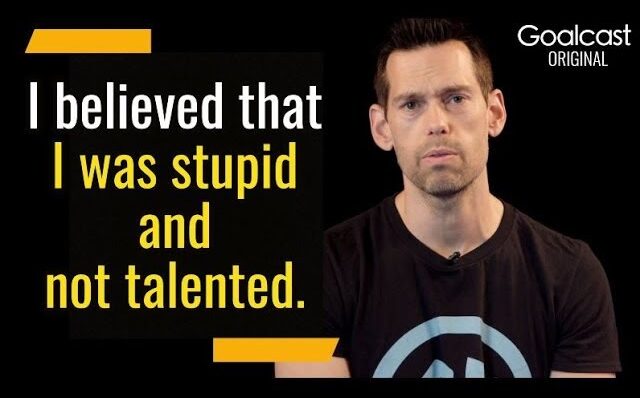 Tom Bilyeu | How to Find Your Talent

Tom Bilyeu, co-founder of Quest Nutrition and co-founder & CEO of Impact Theory, reveals how this shift in mindset helped him find his passion.

If you want to do something tremendous with your life, there is exactly one thing you need to do. Literally, if you feel like the talents that you’ve been given are the only talents you’re ever gonna have, and they’re just not very impressive, you’re in real trouble. The thing that’s held me back in my life the most undoubtedly is the fact that I believe that I was stupid, and not talented. And, I didn’t believe that those were things that I could change about myself. They felt like a prison sentence, or if I’m honest it felt like a death sentence. And, it was coming to the realization that I wasn’t talented that really forced me to look for a new mindset that would allow me to escape depression, because I was coming to the world with my hand out, and as long as I was coming to the world with my hand out, I was at the mercy of other people. And, if I wanted to take control, I was gonna have to get control of the resources.

If you know what that thing is, get out and act and by the way, if you don’t know what it is, act. It’s the only way that you’re gonna find out, go encounter stuff. Go try things. It is in the process of action that you’re gonna learn the things you need to learn. But, if you’ve been thinking about starting a business, fucking start it, like actually build the product right now, today. You will learn more, infinitely more, in the process of trying to create it and make it real than you ever will by watching videos, by thinking, by meditating on it, by taking notes. None of it compares, it’s not even in the same universe as just going and doing it. One step is better than 100 hours of pontification. Running 100 miles an hour in the wrong direction is better than standing still. You’ll learn something. So, get rid of this notion that you’re gonna end the day with a perfect record. You’re gonna fail, you’re gonna fuck up, you’re gonna try 1,000 things and 999 of them are not gonna work.

But, whatever you want, literally don’t ask yourself who you are today, ask only who do you want to become? And then, are you willing to pay the price to get there? People are convinced that they shouldn’t act until they have it all figured out. Fuck that. You should act right now, today, no matter how chaotic your vision, no matter how chaotic your life, no matter how much you have going on already. You’re working two jobs, three jobs, doesn’t matter. Take an action today, or you never will.