Home Self Diet and Nutrition Inspiring Man Loses 50 Pounds In Prison, Continues to Transform His Life... 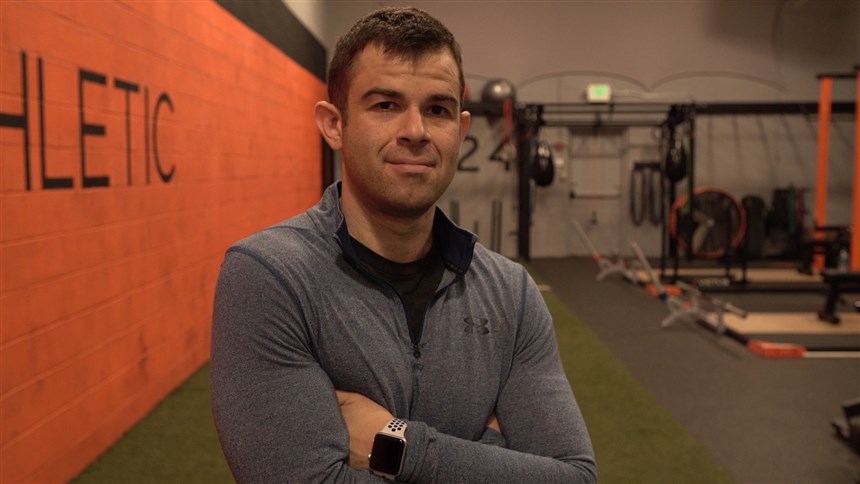 Doug Bopst’s wake-up call came when he was 21. He was high on prescription pills and on his way to make a drug deal when he was stopped by a police officer.

The car he was driving had a broken taillight.

“Everything just kind of froze,” Bopst told TODAY. “And my anxiety was through the roof.”

In that moment, his life changed forever and today he’s dedicated to helping others turn their lives around.

Bopst, who lives in Timonium, Maryland, was arrested after the police officer found $2000 and a half pound of marijuana in his trunk.

He only spent a little over two months in jail on a felony drug charge but it was enough for Bopst to get clean and it inspired him to transform his life.

“If I hadn’t gotten arrested, I’d be dead,” he remembered. “It was just a really, really bad time in my life.”

Bopst struggled with anxiety and depression during his teenage years and used drugs to cope. Not only was his mental health suffering, his physical health was also out of control, too and he didn’t care.

“I was smoking well over a pack of cigarettes a day,” Bopst said. “I was snorting several hundred milligrams of OxyContin every day.”

A typical meal for him consisted of a couple slices of pizza and a foot-long cheesesteak from a pizza joint.

“I was the unhealthiest person you could possibly think of,” he said.

Bopst had never exercised before going to jail but watching his cellmate workout gave him the motivation he needed to try.

“I remember getting down to do a push-up from my knees and I couldn’t do it, and I could barely hold myself up,” said Bopst. “I looked at [his cellmate]. I’m like, ‘Dude.’ And he’s like, ‘You’re fat, Doug. You’re fat.’

Being called fat struck a nerve with Bopst and he decided to step up his game.

His cellmate helped him set a goal: by the time he got out of jail, he’d be able to do 10 pushups in a row and run one mile, without stopping.

Bopst was released the day after Christmas and on his way out, his cellmate gave him a handwritten workout plan to try out.

“He trained me every day when I was in there,” he said. “I left with more self-confidence, more self-esteem. And fitness was a big part of that. And also that fact that somebody had unconditionally helped me was something that I really appreciated.”

He was able to lose 50 pounds by following the plan, and though the two have since lost touch, Bopst keeps the workout plan framed on his wall.

Now, at 31, Bopst is a fitness trainer and works helping others in recovery. He’s the author of From Felony to Fitness to Freeand is working on second book.

He believes it’s his life purpose to share his story and to help people struggling with addiction. Bopst also strongly believes that fitness is a great tool to achieve sobriety, and that if he could do it, anyone can.

“Aside from the physical benefits, fitness can help you in so many other ways — mentally, emotionally, spiritually,” he said.

“You’ve got to keep putting one foot in front of the other,” he continued. “Just keep focusing on the little things that are going to allow you to become that version of yourself that you really want to be.

How to Use Time Blocking to Take Control of Your Schedule

Understanding the Power of Self Fulfilling Prophecy

A Guide To Creating the Perfect Morning Routine for You

Influencer CEO Defies All Expectations By Sharing Profits With Employees Instead...