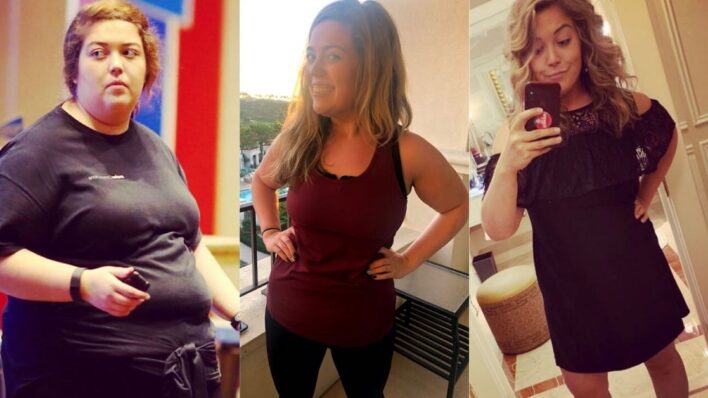 Woman Loses 114 Pounds By Confronting Her Relationship with Food

Sydney Wolf is an overachiever who had been prioritizing work over her own physical health but she committed to lose weight by making two changes.
By MJ Kelly    February 24, 2020

Sydney Wolf is an overachiever who had been prioritizing work over her own physical health but she committed to lose weight by making two changes.

Driven to succeed, Sydney Wolf dived into her career headfirst after graduating college, often working over 80 hours per week, but as she gained professional experience, she also neglected her health.

Sydney had always struggled with her weight but by the time she turned 25-years-old, she weighed 310 pounds and it was the heaviest she had ever been.

A struggle that started long ago

“I have always struggled with weight and body image since I was young,” Wolf told POPSUGAR.

My first memory of my body is a pair of size 13 jeans in seventh grade on the first day of public school that I had worked really hard to fit into that Summer by attending Weight Watchers with my mom.

In her junior year of high school, her parents made her try a different diet and she remembered her dad taking her to a clinic every week to get weighed-in.

“From there, a life of up and down dieting spiraled,” she said.

Despite her efforts to lose weight, even in college, nothing seemed to work.

A high achiever who neglected herself

Sydney moved back home after graduation and started working her first full-time job. She was always on the road, always working, and developed very poor eating habits.

“My entire life I have been extremely capable, self-sufficient, and a goal-oriented individual. I’m an achiever. For as long as I can remember, I’ve taken on as much responsibility as my plate can possibly handle and then some,” Sydney said.

With too much on her plate, she also got into the habit of putting others first and her emotional wellbeing started to deteriorate too.

“I was so consumed with making everyone else in my life happy, and the growth and success of my career, that I completely lost myself, and that’s when the significant gain occurred,” she remembered.

Then, she resolved to make a serious change

At 310 pounds, Sydney knew something had to change. She gathered the courage to give weight loss another try and joined Weight Watchers in 2016. She also had some emotional issues to deal with, so she started seeing a therapist the same year.

A few months later, she conquered her fear of the gym, and started working with a personal trainer for the first time. Today, working out is she spends most of her free time.

I went from fearing the gym to now wanting to spend as much time there as I can!

She’s made significant changes to her diet and is learning to change her approach to food. “Food is still really hard. I don’t want to pretend like I’ve got it all figured out — I don’t,” Sydney admitted.

A routine that worked over time

“When I’m struggling or want to eat my emotions away, I’ve tried to find other outlets to cope,” she continued. But the major change was implementing the same 3 meals every week.

Sydney decides on a breakfast, lunch, and dinner option for the whole week every Sunday. She explained, “I eat the same thing for every meal throughout the week, and found it just works for my lifestyle.”

By having this new routine, she has removed the necessity of thinking about food too much. It may seem like a drastic method but it has been effective. Since the beginning of her weight loss journey, she’s lost 114 pounds and is determined to keep going.

Sydney has plenty of goals and they keep her motivated, but her ultimate goal is to feel proud and confident when she looks at herself in the mirror. And she sure has managed to achieve that.