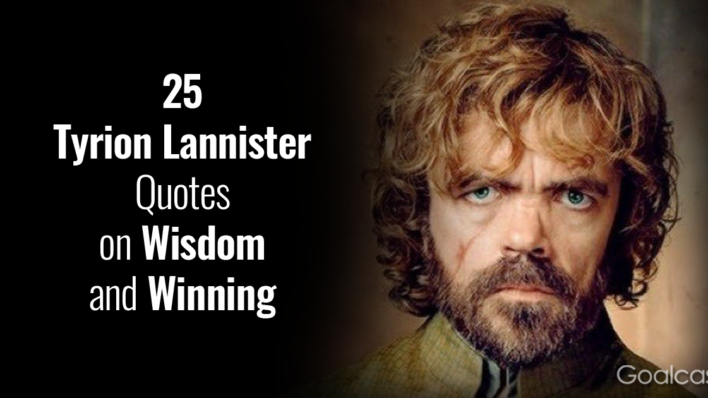 With a quick wit, big heart, and a sharp tongue, Tyrion Lannister has become one of everybody’s favorite characters in
By Flavia Medrut    July 4, 2019

With a quick wit, big heart, and a sharp tongue, Tyrion Lannister has become one of everybody’s favorite characters in Game of Thrones. Every big fan knows at least one of his quotes.

Already different from everyone in his powerful family, Tyrion (played by Peter Dinklage) was considered an abomination by his own father. Since no one seemed to really care about him, he started to act recklessly. He already brought shame to his family without even wanting to, so adding a little drinking and philandering to it didn’t seem like such a big deal.

However, in spite of all his bad habits, Tyrion always had a way with words. He’s outsmarted most Game of Thrones characters by using words to reason with unreasonable people to create a better world. His diplomatic skills, strategy (and his family name, of course) helped him become both Hand of the King and Hand of the Queen (as played by Emilia Clarke).

And let’s not forget that even if he was not as strong or brave as other fellow characters, Tyrion made it till the end of the story.

Here are 25 Tyrion Lannister quotes that drop some wisdom: