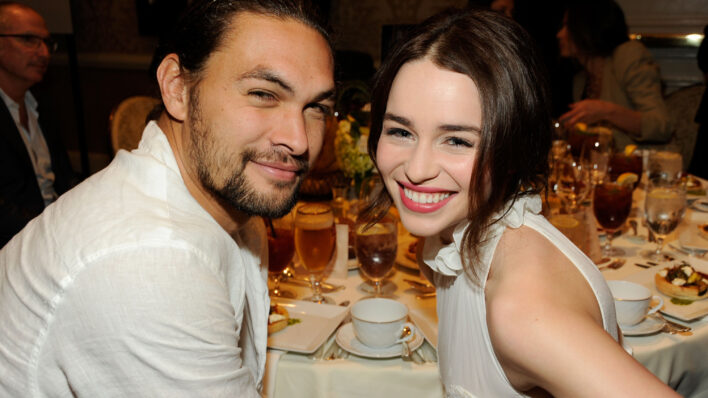 We have a tendency to look at celebrities like their life is easier than ours, as if fate gives them
By Aly Walansky    April 5, 2019

We have a tendency to look at celebrities like their life is easier than ours, as if fate gives them all the luck and opportunity we want with none of the crises or hurdles we experience.

That’s not always true, though, and in fact, celebrities often have to face the hardest moments of their lives in the public eye.

On Tuesday’s Late Show, Game of Thrones star Emilia Clarke shared her experience with two terrifying brain hemorrhages but that having them – and surviving – changed her perspective on life.

She also shared how her art influenced her life: She used Dothraki lines from Game of Thrones to sharpen her memory on her road to recovery! Clarke has played Daenerys Targaryen, the leader of the Dothraki people, for all eight of Game of Thrones‘ seasons, filmed over the course of 10 years.

When Colbert asked how she knew what was happening to her, Clarke confessed, “You absolutely know. The easy way of describing it is that it is the worst headache that a human could possibly experience.”

“I genuinely knew I was being brain damaged,” she recalled. “I don’t know how — you’ve got this incredibly horrific headache and being violently ill, and somewhere I knew that meant brain damage. So I just tried to keep as active as possible — moved my fingers, my toes, my hands, asked myself questions… Genuinely trying to remember my lines, trying to force my memory to work as much as I could to stay conscious.”

Clarke’s health scares inspired her to create the charity Same You, which supports the continued mental and physical rehabilitation of young people with brain injuries after they leave the hospital.

Of her charitable work, Clarke’s former Game of Thrones co-star Jason Momoa said: “She’s so brave in helping the world and trying to raise awareness. I’m very sad ’cause we almost almost lost her several times… She’s going to do great things with it and teach the world.”

When recalling her near-death experiences, Clarke said: “The mind is an extraordinary thing. I just knew — not today.” She channelled her fear, illness, and recovery into helping others.

How’s that for seeing the rainbow at the end of the road?