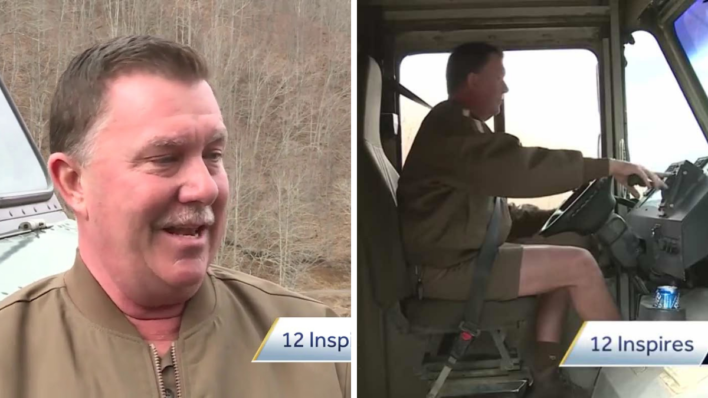 An elderly man had been unconscious for days — until a delivery driver’s gut thinking influenced him to open the door
By Joel Balsam    September 2, 2021

An elderly man had been unconscious for days — until a delivery driver’s gut thinking influenced him to open the door and call 911.

A UPS driver named Todd Holland was doing his rounds in Ashe County, North Carolina when he noticed that a package he’d dropped off four days prior was still sitting at the front door. He knew the elderly man inside and something in his gut told him something might be wrong.

“I started beating on the door, hollering his name, calling the house again,” Holland told WXII.

Seeing that the door was unlocked, the UPS driver stuck his head in.

“That’s when I saw him, laying in the floor.”

The man was unconscious

Holland called 911 and stayed with the man until police came. It turned out that he’d been lying on the ground for days, unable to get up.

“I just wish I could have found him Friday,” said a choked-up Holland to the television camera. “A close friend of mine said it was just not in God’s will to find him Friday, that God has got a plan for everything and it was his plan for me to find him yesterday.”

All delivery drivers should keep an eye out

While the senior was in hospital, Holland looked after his dog and home.

He said that as members of the community, all delivery drivers should keep an eye out for the safety of their customers.

“I made it a point to tell the guys at work this morning, if you deliver to people – and a lot of people that we deliver to, especially in these rural areas, us, the FedEx man and the mail man might be the only people they see during the week. I told them, if you realize and get a gut feeling that something is wrong, check it out. It probably is.”

While our society can be individualistic at times, especially when it comes to our private homes, we still need to look out for our neighbors, especially ones that are elderly and living in rural areas.

What Holland did was incredible and should be a model for all delivery drivers, but they can’t be the only ones checking in on our neighbors. We all need to look out for each other, and this story is a reminder of why that’s so important.