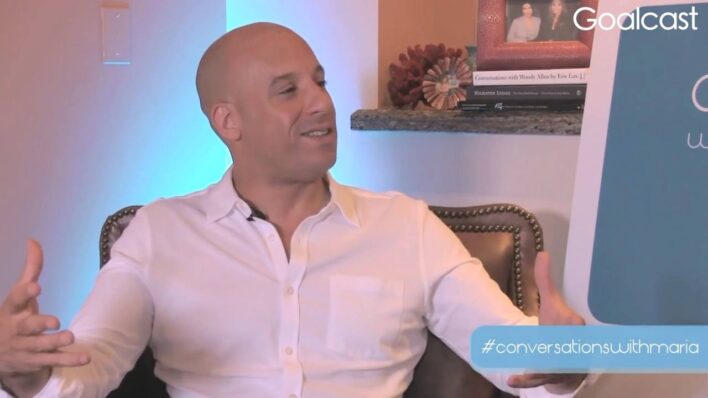 Vin Diesel: Believe In the Goodness of Others

Vin Diesel – People Are Good People Vin Diesel shares a story about his adoptive father, and speaks about the importance
By Goalcast    May 11, 2017

Vin Diesel – People Are Good People Vin Diesel shares a story about his adoptive father, and speaks about the importance

Vin Diesel shares a story about his adoptive father, and speaks about the importance of believing in the fundamental goodness of human beings.

“I didn’t know who my biological father was. That wasn’t going to be a luxury in my life. To know that. I was very, very, very blessed that when I was an infant, months old, my mother met such a wonderful person that would become my father.

“As you know, I was a bouncer for many years. I remember coming home one night after a big fight, at that one moment I was like, ‘Why are people … What’s up? Why do people have so much anger? Why do I have to … Why is this my daily life to suppress everybody’s anger? Or check everybody’s anger, that comes in to the giant 3,000 person nightclub?’ And my father, it was so simple, but my father said, ‘You know Vin, I’ve traveled around the world. I’ve been to India, I’ve been to Russia, I’ve been to China. I’ve been all … I’ve been all through South America. And I’ve realized something.’ I said, ‘What?’ He said, ‘People by and large are good people.’ Sounded pretty simple, and yet it meant so much. If you believe that in your heart, and not everybody watching this can say that, or is ready to say that, or is comfortable with themselves enough to say that, but if you really believe in your heart that people by and large are good people, it affects the way that you address the world. I address a world that in my soul, I feel is comprised of good people.”