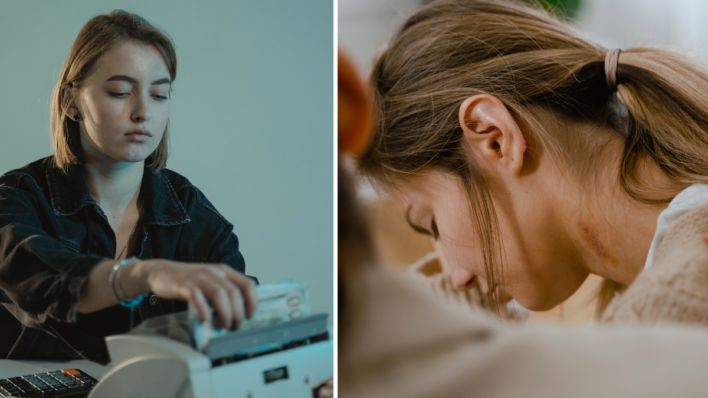 A restaurant owner was having a bad day when she got some unexpected mail that changed lives.
By Sophie Babinski    August 1, 2022

A restaurant owner was having a bad day when she got some unexpected mail that changed lives.

Doing good deeds doesn’t always come easily to us. Performing good things for people we have wronged in the past can be even more challenging. We often avoid situations we have committed in the past that require us to look inwards.

The shame of facing our mistakes feels like it outweighs the positives that come from righting those wrongs. However, one anonymous woman proved that apologizing is the way to go.

What a Sealed Letter From an Anonymous Sender Contained

A Tuscon, Arizona, restaurant owner named Carlotta Flores was having a bad few days. She had gotten her purse stolen and was feeling negative about the nature of humanity when she returned to work. At her restaurant, however, the mood was about to shift.

Her son handed her a sealed envelope that was addressed to her. She didn’t recognize the handwriting, but opened the envelope anyway. Inside, she found a letter and a crisp stack of ten $100 bills — totalling $1,000!

RELATED: Single Dad Breaks Down On Valentine’s Date With Daughter After Being Handed A Note By Waitress

In the letter, an anonymous woman explained that she had worked for Carlotta while attending college 20 years earlier, and had stolen from the restaurant during her employment. However, she had been fired before she had the chance to steal more than $100. The letter read:

Dear Carlotta and Family, I worked for you as a waitress very briefly back in the 1990s. One of the waiters I worked with had encouraged me to ‘forget’ to ring in a few drinks a shift and pocket the cash. And for some stupid reason, I did it. It’s been 20 years, but I still carry great remorse. I am very sorry that I stole from you. Please accept my apology and this money as repayment + 20 years of interest.

Carlotta, whose Tuscon restaurant chain has been in her family for over a hundred years, was moved to tears. She had been wondering whether there were still kind people in this world, and this letter confirmed that there were. Carlotta acknowledged that $1,000 is a lot of money, and most people would not have done what this woman did.

She immediately decided that this wonderful letter was a sign, and she would take the money and do a good deed of her own. After consulting with her husband and children, the Flores family decided to use the $1,000 as seed money to start a fund to help people in the hospitality industry who have fallen on hard times. The family would add to the fund yearly, and distribute the money to help waiters, waitresses, and cooks in need.

“I know that wherever this person is, whoever she is, she had to work hard to earn that money and send it to us. I want her to know that her decision has made a huge impact. We’ll be passing along her example of doing the right thing for many years to come,” Carlotta said.

The anonymous woman was very thoughtful when she sent the letter to Carlotta Flores. Her generosity of spirit was so powerful that it inspired Carlotta to help many more hospitality workers and make sure that they don’t fall on the hard times that affected the letter writer.

We should all be ready to face our wrongdoings and apologize for them — we may just inspire others to do the same, and we may even change the world.