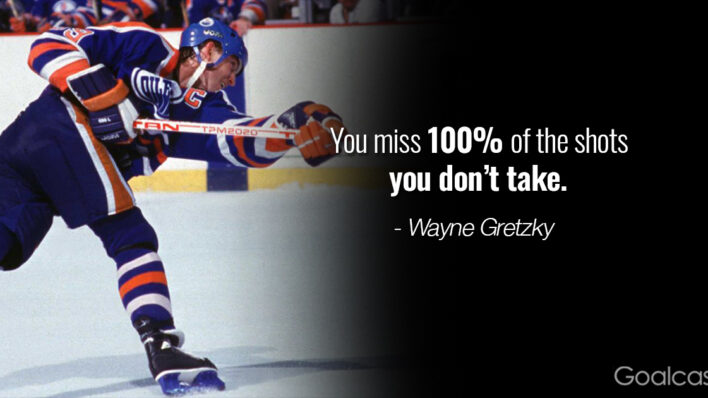 Wayne Douglas Gretzky is one of Canada’s most precious hockey players. His talent and hard work brought him a well-deserved nickname
By Flavia Medrut    December 30, 2017

Wayne Douglas Gretzky is one of Canada’s most precious hockey players. His talent and hard work brought him a well-deserved nickname – The Great One. Many sportswriters and players refer to him as the greatest hockey player ever, and for good reason, as Gretzky is the leading scorer in NHL history.

Gretzky’s size and strength were considered below average for the NHL, so he wasn’t given too much credit. In spite of all this, he proved that size and strength are not the only characteristics that can make a player great. By outsmarting his opponents, anticipating their moves, being creative and improvising on the fly, Gretzky shot and scored.

Wayne Gretzky is living proof that if you put passion and hard work into something you like, you can achieve greatness, no matter the preconceptions. Talent is a gift that others can see only when you grow it.

Gretzky knew how to combine unique skills with cleverness. Here are 15 Wayne Gretzky quotes to help you work harder on your goals. When you win, say nothing, when you lose say less.

Procrastination is one of the most common and deadliest of diseases and its toll on success and happiness is heavy.

The highest compliment that you can pay me is to say that I work hard every day, that I never dog it.

I wasn’t naturally gifted in terms of size and speed; everything I did in hockey I worked for, and that’s the way I’ll be as a coach.

Most people marry their mother. I married my father.

I’m not a big risk-taker. I stay away from things I don’t know anything about.

I skate to where the puck is going to be, not where it has been.

The only way a kid is going to practice is if it’s total fun for him… and it was for me.

Only one thing is ever guaranteed, that is that you will definitely not achieve the goal if you don’t take the shot.

No matter who you are, we’re creatures of habit. The better your habits are, the better they will be in pressure situations.

Maybe it wasn’t the talent the Lord gave me – maybe it was the passion. If you surround yourself with quality people and great friends, the sky’s the limit.

It’s easier to lose than to win. Not doing it is certainly the best way to not getting it.

There’s no perfect coach in the world. Coaches are human, too. Mistakes are made. But, fundamentally, if you’re sound, you eliminate as many mistakes as possible.