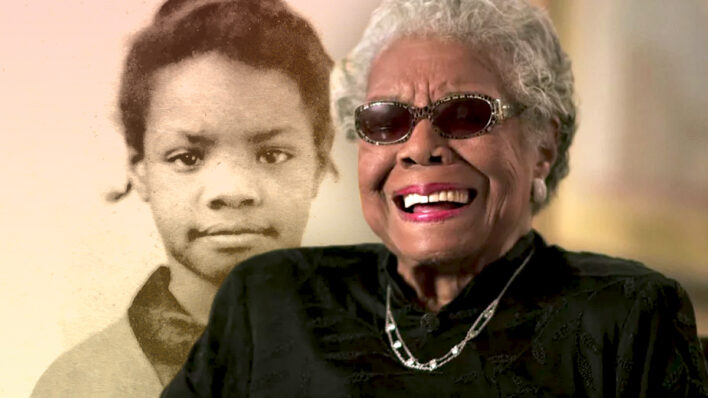 Maya Angelou, one of America’s most beloved authors and civil rights activists, one day decided to stop speaking. But why would a voice that later changed the world suddenly stop?
By Flavia Medrut    April 8, 2022

Maya Angelou, one of America’s most beloved authors and civil rights activists, one day decided to stop speaking. But why would a voice that later changed the world suddenly stop?

Maya Angelou is one of those personalities that don’t need an introduction. But for those of you who don’t know, Angelou was an award-winning author, poet, college professor and civil rights activist.

A long time ago, when the women’s rights movement was rising, Angelou inspired women all over the world by offering them a female-centric vision of Black life in America. She was also a model of resilience and perseverance against great odds and past trauma.

After passing away in 2014, Maya Angelou is still widely remembered and honored for her legacy.

But why would such a wise woman which had so much to say, would one day decide to stop speaking? And what made her reconsider and become a voice that changed the world?

The Trauma Maya Angelou Experienced – And How It Stole Her Voice

At only seven years old, Angelou went through something no little girl should, She was raped, and the man who did it was her mother’s boyfriend. After the traumatic event, young Maya found the courage to tell her brother, who later told the rest of the family.

The aggressor was found guilty and sent to jail, but only for one day. He somehow managed to quickly get out after destroying a little girl’s innocence and perspective on life. However, after four days, the man was killed. It is believed that he was kicked to death by Maya’s uncles.

When young Maya found out that the man who raped her was found dead, she was shocked. Her seven-and-a-half-year-old logic told her that her voice was so evil that it killed a man. She thought that if she hadn’t said anything at the trial or to her brother, the man would still be alive. So she decided to never speak again.

I thought that I had caused the man’s death, because I had spoken his name. That was my seven-and-a-half-year logic. So I stopped talking for five years.

To offer a more scientific explanation for her behavior, Angelou suffered from selective mutism — an anxiety disorder that makes a child stop talking after experiencing a physical or psychological trauma.

In all those years of not speaking, her observing, listening and memorizing skills improved. She would read anything she could get her hands on and learned entire plays and passages by heart.

Angelou told her story in her first book, I Know Why the Caged Bird Sings — a groundbreaking memoir about her early years in the Jim Crow South.

It took her five years to start talking again, and she began doing so after she and her brother rejoined their mother in San Francisco.

Now to show you, again, how out of evil there can come good: In those five years, I read every book in the black school library. When I decided to speak, I had a lot to say, and many ways in which to say what I had to say. Out of this evil, which was a dire kind of evil, in my case I was saved in that muteness. I was able to draw from human thought, human disappointments and triumphs, enough to triumph myself.

And she did have a lot to say! I Know Why the Caged Bird Sings has become one of the most important books in American literature, but it was not her sole publication. Angelou went on to write six more memoirs, plays, poetry, short stories, articles and even music.

Maya Angelou and How Her Voice Changed the World

Maya experienced hardship once again at the age of 16 when she fell pregnant, but her fortitude allowed her to experience many more triumphs. Aside from being a prolific writer, Angelou was an activist alongside many great leaders, including Martin Luther King Jr. and Malcolm X.

She is a voice for past and future generations, teaching many people around the world, specifically women, that having confidence, regardless of your background, will help anyone achieve their biggest dreams.

If you’re always trying to be normal you will never know how amazing you can be.

Angelou was a truly remarkable woman. Once she started speaking, everyone stopped to listen; they knew that whatever she was about to say, it would be something worth listening to. She always spoke from the heart and her speeches were unique and relatable to the everyday lives of men, women and children.

After Maya realized it wasn’t her voice that killed the man who raped her, she allowed herself to speak again and became a true inspiration. Only by telling your story will you let others know that they are not alone. Only by sharing ways to overcome challenges will you inspire and encourage others to do the same.

You may not control all the events that happen to you, but you can decide not to be reduced by them.

So don’t let anything that has happened to you reduce you. Tell your story, be confident, and just like Maya, let everyone know that no matter what, you will rise again.