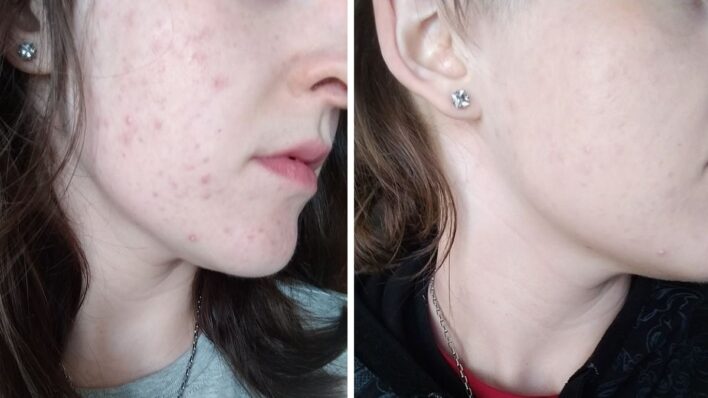 One woman accused by her ex-boyfriend of misleading him with makeup shared a powerful truth that challenges shallow stereotypes. Unmasked
By Bryan Liquor    May 6, 2021

One woman accused by her ex-boyfriend of misleading him with makeup shared a powerful truth that challenges shallow stereotypes.

An unidentified 20-year-old woman took to Reddit with a personal dilemma, which she said all started with an innocent excursion.

In a post that she since deleted, she recounted that after several dates, she and her boyfriend went backpacking with a few friends.  There, she finally let her guard down and went au naturel without makeup.  However, she says that his mood instantly turned when he saw her, per the Daily Mail.

“At first, he didn’t say anything, just looked at me a bit weird,” she explained. Later, “When we were alone, he just told me that he didn’t know I had acne like that.”

After that, according the woman, he was acting distant the rest of the trip.

Once the two returned home, her boyfriend immediately broke up with her. Worse, he accused her of being deceitful.

“He told me that I lead him on and that I’m catfishing guys by putting makeup on,” she recounted.

It left her crushed, confused and looking for answers.

“I didn’t feel like I’ve done something inherently wrong… but at the same time, it haunts me that he thinks I’m catfishing people and I wonder if anyone else feels the same way”

The post amassed over 1,800 comments, many from supportive Redditors scolding her boyfriend.

“Acne isn’t a huge deal for normal people, potential boyfriend sounds like a really shallow guy to break up over something like that,” commented one.

“Minimizing flaws is not catfishing. He’s basically accusing the world of catfishing,” chimed in another.

Another Redditor called her ordeal a blessing in disguise.

“It is completely normal for women to conceal blemishes with makeup. I’m sorry he was so rude to you, but it sounds like you are dodging a bullet by not getting further involved with him”

In her post, the woman revealed that the little makeup she wears is to conceal her hormonal acne, not attract attention.

“I wear makeup because I’m not the biggest fan of my acne, and because it makes me feel a bit more confident”

Sadly, women are still accused of everything from catfishing to inviting sexual assault because of the makeup they apply or clothing they wear.

In reality, these women are just practicing self-love. Just like a man copping a fresh fade or sporting a crisp suit, they’re just trying to find the right fit in their own skin so they can feel their best, whatever that is for them.

Keep that in mind the next time you see someone donning makeup, while remembering that their greatest beauty is not skin-deep.