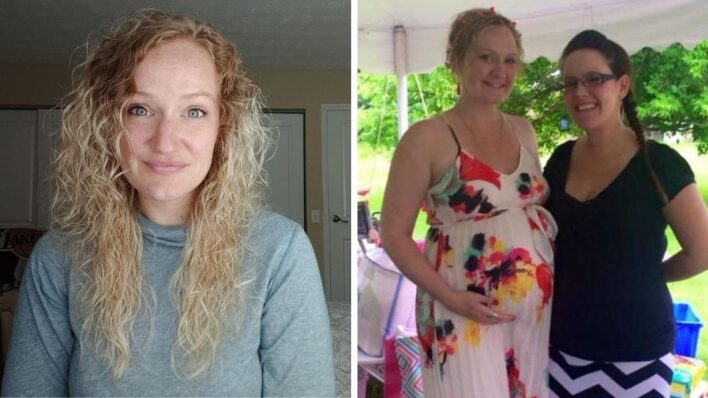 She Spent Years Hating “The Other Woman,” Until She Learned The Truth About Her Boyfriend

A woman shares the incredible story of her friendship with “the other woman,” whom she used to hate for years until she discovered the truth about the man they had in common.
By Kawter    August 27, 2020

A woman shares the incredible story of her friendship with “the other woman,” whom she used to hate for years until she discovered the truth about the man they had in common.

Relationships are complicated. That is a universal truth. Unknowingly, we bring a lot of preconceived notions into the dynamic–which can complicate things further. And when you add a toxic partner, it can only make it worse.

This is what happened to this woman, who spent years unknowingly hating the wrong person, after he boyfriend told her a lie.

He kept the act up for years

For years, she hated Stacie after first hearing a rumour that her boyfriend had gotten her pregnant. Because he had cheated on her before, she assumed it was true. Yet, when confronted about it, her boyfriend vehemently denied it.

For awhile he denied everything. Then he shifted to blaming the girl. Her name was Stacie. And as the story often goes, I turned all my hatred and hurt toward her.

Whenever he could, he would talk down on Stacie, which contributed to growing her hatred for this complete stranger. And so, with time, her perception of the woman got further distorted.

I’d occasionally see her when she dropped the baby off at the house. I’d feel such hatred every time the doorbell would ring. She was always so well put-together. There was this unapproachable air about her. Like she was better than everyone else.

She resented Stacie for something she didn’t have

Despite the fact that her boyfriend had cheated on her, she still resented Stacie because she had “special” connection with him. “She had this connection with my boyfriend that I didn’t have,” she admitted. “The connection of a child. And that was thrown in my face every time she came to the door.”

My jealousy created a monster inside of me. I withdrew from everyone.

She had become so focused on this “other woman” Stacie, that when her own pregnancy came along, she felt no joy or excitement.

She finally had a major wake-up call

The pregnancy opened her eyes to the true nature of her boyfriend at the time:

There was a moment of clarity. I couldn’t raise a child with this man. He was a pathological liar.

After that realization came a period of turmoil, as she debated what to do. “Do I get an abortion? Do I give the child up for adoption? Then one day I made the decision to become a single mother. I remember being so scared,” she revealed to Humans of New York.

Eventually, all these questions brought her back to one person: Stacie. For the first time in years, she saw how wrong she had been about her.

She sent her a message, not knowing what would happen

So 11 years ago, she decided to text Stacie, not knowing that it would bring her one of the most important friendships of her life. And that is no easy thing to do, to realize how wrong she had been and reach out to her.

I picked up my phone and sent her a text. I apologized for everything. And I asked for her support.

Today, she and Stacie “still love to joke about how our horrible taste in men when we were young brought us together.” But what’s even more heartwarming is that Stacie has become her “best friend in the world.”

Our daughters know each other as sisters. At times she’s been my roommate, my biggest confidant, and my maid of honour.

Now, they ride or die for each other

While she still remembers the times when she used to hate Stacie, she also celebrates the unfortunate circumstances that brought the two of them together forever.

Sometimes I think back to those early days, watching her walk up the driveway. I think about all the hatred I would feel. And now it’s her hugs that I need when I’m feeling upset.

“There have been some bad episodes in my life. But every time I’m down, she shows up,” she continues. “The doorbell will ring on a random Tuesday. At 4 PM. And when I open up the door, there she is. And she’ll give me the biggest hug.”

Watch this Goalcast video if you need strength after a toxic relationship:

It’s never too late to change

The incredible story of their friendship is a powerful reminder that we can sometimes fall into the trap of toxic patterns of thinking. She was manipulated by a man who lied for so long but she also broke free from his lies and realized she had been wrong.

It takes a lot of courage to admit our mistakes and apologize to the people we have wronged. But when we do make that decision, the outcome is often (if not always) worth it.