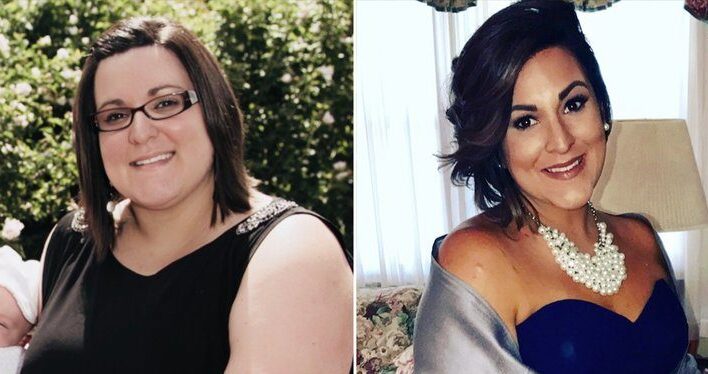 Young Mom Loses Nearly 100 Pounds After a Life-Altering Trip to the ER, Teaches Us to Never Give Up

After her youngest son was born, Kara Cline wasn’t feeling like her usual herself. Following a trip the ER, she
By MJ Kelly    September 21, 2018

After her youngest son was born, Kara Cline wasn’t feeling like her usual herself. Following a trip the ER, she realized just how much her health had deteriorated and made a pledge to transform her life. Cline struggled with her weight most her adulthood. She remembers it all started when she moved away for college.  “I became complacent and the weight just kept piling on,” Cline told PEOPLE.

“I didn’t really work out, didn’t go for walks and I just hung out with my friends and ate a lot of food I shouldn’t have eaten.”

She became a CPA straight out of college and quickly settled into a sedentary lifestyle. Cline’s relationship with food intensified and she began using food as a way to cope with just about everything, whether she was stressed, tired or just bored. She rarely had a home-cooked lunch or dinner, and was a regular at the drive-throughs.

After giving birth to her first son, Cline tried to lose some weight but gave up before she got to see any results. Feeling ashamed of her failure, she found comfort in overeating.

And then it all changed

When she gave birth to her second baby boy in January 2016, she began to experience what she felt like were heart attacks.

“I went to the hospital several times and they said I was having panic attacks,” Cline said.

What she was experiencing was postpartum anxiety, which caused her to panic.

“That kind of scared me. I had a newborn baby.”

She knew that if she wanted to be able to keep up with her children and be there for them, she was going to have to make healthier choices. And this time, she was determined not to throw in the towel.

She started making changes to her diet but finding time for exercise with two babies to look after was challenging.

In September 2016, Cline discovered a workout-streaming app through that provided allowed her the flexibility of exercising from home.

“Since they were quick workouts, I fit them in whenever I had time with little ones running around,” she says. “I focused on interval training as well as cardio and bodyweight exercises.”

Since then, she’s lost close to 100 pounds and is grateful for the lessons she’s learned through her journey. Not only has Cline grown stronger physically, but she’s also become healthier emotionally.

The biggest reward for Cline is that she’s able to play with children now.

“I feel like I got a second chance to get things right,” she wrote in Women’s Health Magazine.

“My number one tip for anyone looking to lose weight is to just stick with it. Take it day by day, meal by meal, step by step. If you get tired, learn to rest — don’t quit. It’s a long process, but it’s so worth it in the end.”