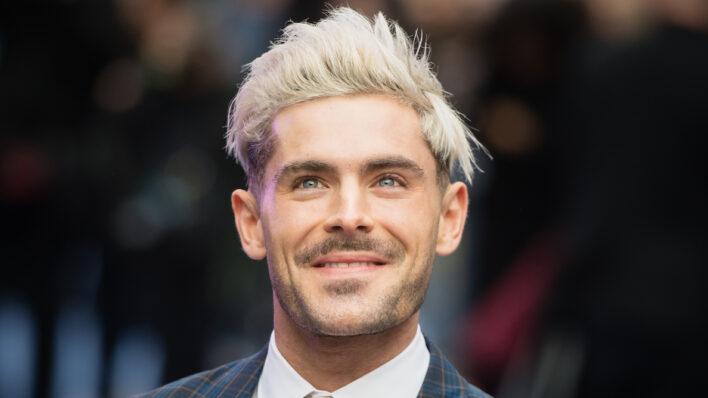 What Happened To Zac Efron? The Hunk Who Suffered Behind Closed Doors

In the early 2000s, Zac Efron was the hearthrob for many teenagers but behind the curtains of fame, he was fighting his own battle.
By Shaoni Das    July 10, 2020

In the early 2000s, Zac Efron was the hearthrob for many teenagers but behind the curtains of fame, he was fighting his own battle.

As the young lead star of Disney’s High School Musical franchise, actor Zac Efron has always had to maintain a certain image. The widespread success of the movies thrust the actor into the public eye early on, but fourteen years in, he’s still used to smiling it up for the cameras and letting himself get scrutinized by the press at any given moment.

The movies may have long ended but the actor is still considered one of the hottest young talents in the industry. Moreover, he’s a heartthrob who drums up female attention on an unprecedented level. Gossip mags and paparazzi are known to follow each and every one of his moves and therefore, Zac doesn’t always have space to be his true self.

With the launch of Zac’s new show Down to Earth with Zac Efron on July 10,  the actor is finally ready to show a side of himself he’s kept hidden for years. The show will see him going through travel adventures across the globe, gaining experiences that will facilitate both personal and spiritual rediscovery. But before viewers take this special journey alongside the High School Musical actor, they should be aware of the battles he’s faced to get to this point.

Zac faces a “never-ending struggle” with alcohol and drugs addiction

This might come as a huge surprise to many. However, others will recall that former Disney stars haven’t always had the easiest time in making the transition to mainstream Hollywood movies. Achieving success at a young age has turned out to be a curse for many actors in the scene. Zac, like many before him, shared with Hollywood Reporter how external pressures of being a young actor forced him to turn to drugs and alcohol as a coping mechanism. He revealed that those addictions are a “never-ending struggle” for him.

I was drinking a lot, way too much…It’s never one specific thing. I mean, you’re in your 20s, single, going through life in Hollywood, you know? Everything is thrown at you. I wouldn’t take anything back; I needed to learn everything I did. But it was an interesting journey, to say the least.

Sources came forward to say that Zac’s reported cocaine addiction prompted him to check into rehab at least two times between 2013 and 2014. Some think that his relationship with his parents, his fears over a supposed downward-trending career, and his qualms of not finding a suitable romantic partner caused him to turn to drugs as a way to cope and perhaps distract himself.

While we cannot say for sure what pushed the actor to start abusing cocaine or alcohol, it’s clear that sometimes positive decision-making eludes even the best people. You may have the best intentions but when opportunities present themselves, you might end up making mistakes. What’s more critical is that you end up taking accountability and actually take measures to right those wrongs and be the best version of yourself.

Zac Efron’s year from hell continued up until 2014. In what’s now being called the L.A. Skid Row Scuffle, Zac Efron and his friend/bodyguard were beaten up by a homeless individual while they were driving in town.

The whole incident, as you can predict, had incited a considerable amount of speculation as to what truly occurred. In the same interview with Hollywood Reporter, Zac unveiled details of what took place.

Basically, he and his friend realized that their car had run out of gas just as they exited a freeway. As they were waiting for an Uber, a “vagrant” approached them and knocked on the side of the window. Zac’s friend exited the car and confronted the homeless man. That’s when Zac reportedly spotted a knife on the man and therefore he too left the car to try to “disarm” the man. Amid the scuffle, Zac was punched in the face and everyone got into a dramatic brawl. Eventually, the police showed up and Zac was allowed to return home.

Zac then went on to describe the whole ordeal as “the most terrifying moment in my life.”

He lost his on- and offscreen sweetheart

Anyone who grew up watching early 2000s Disney shows remembers High School Musical. Even if you didn’t watch it, you’re probably aware of it. After all, the movie launched the careers of Zac Efron, Vanessa Hudgens and Ashley Tisdale.

For Zac, the experience also introduced him to Vanessa Hudgens. Back in 2005, the two were paired together for the audition.

I was like, ‘They’re not trying us with other people.’ For some reason we kept sticking around [for callbacks]. I don’t know what it was with Vanessa, but we kind of clicked from the very beginning.

Thus began a relationship that would be central to his life. On the screen, Zac and Vanessa played the iconic Troy and Gabriella–two characters who end up falling in love.

“We created a bond right from the start,” Vanessa said, via People. “We were like, ‘We’re doing this, it’s us or nothing.’”

In real life, the couple seemed to have an unbreakable bond, which lasted five years. In December 2019, they announced their breakup. While Vanessa cited the long-distance nature of their relationship as a factor, a lot have speculated that Zac’s substance abuse might have been behind it, as their breakup coincides with the beginning of his struggle.

While there is no way to know the truth, it’s undeniable that the breakup was a difficult phase of his life. He and Vanessa had grounded each other during their rise to fame. Suddenly, he was alone and had to cope without a partner.

Work pressures worsened his anxiety and made him turn self-destructive

Although Zac eventually got his house in order and began attending Alcoholics Anonymous and therapy, the road to recovery was a long one for him. The actor has acknowledged his challenges with anxiety, admitting he “100%” suffers from it occasionally. He also disclosed that he’s often submerged by “thoughts, just thoughts, just overthinking things.”

When reflecting on his High School Musical Days, Zac has said that he is eternally grateful for the experience. But at the same time, the fame accompanies a burden, a burden to please an audience that perceives you as a role model.

I definitely felt that pressure. I’m not comfortable with it at all times. The people that I saw and the people that I started to meet, the majority were young. These were kids, and I looked into their eyes and I saw myself as a fan, and it was shocking to be on the other end of that. You just want to please every single one.

As High School Musical was nearing its end, Zac felt like he had to keep the momentum running high. So he took on three back-to-back projects that left him feeling exhausted, drained, and ultimately self-destructive.

I was burnt out…There was something lacking, some sort of hole that I couldn’t really fill up.

Ultimately, his workload became too much to handle. He had become distant from close family and friends, he was practically living out of his suitcase, and he had no time to commit to his hobbies or passions. Therefore, substances became the only way for him to make something a bit more permanent.

I clung to it in a way that became a little bit destructive.

The best role models acknowledge and learn from their mistakes

Zac Efron is the classic example of an actor who crumbled under the pressure of being perfect. As is so often the case with child actors, Zac had a hard time adapting to the world beyond Disney. He had to endure the expectations that came with not only being an adult male actor but a former Disney star who was a role model to youth all over the world.

While the public and the press were raving about this heartthrob like he was just an object to swoon over, he was fighting a battle behind the scenes. His personal life and relationships were directly affected by the choices he made as a result of being over-extended at work.

Zac is undoubtedly still a role model to many. Despite the errors he’s made, he has owned up to the situation and has actively taken steps to better his situation. Sometimes the road is tough but it’s all the more rewarding to get through it.

A role model doesn’t need to be perfect. In fact, their perfection lies in the way they deal with their imperfection. Whether you have a role model you passionately look up to or you are a role model to someone who looks up to you, you should know that people are allowed to make mistakes.

The best sort of role model doesn’t shy away from those mistakes and pretend like they didn’t exist; instead, they approach them whole-heartedly and acknowledge that they occurred. And then, if it’s possible, slowly but surely, recognize what they can do to make their situation better. The bravest person in the world is someone who is honest about their weaknesses.