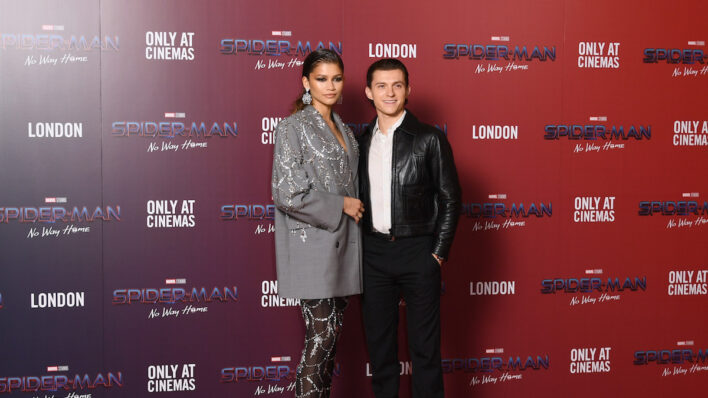 They couldn’t have been more different when they first met, but with patience, they were able to evolve their friendship into something more.
By Shaoni Das    December 20, 2021

They couldn’t have been more different when they first met, but with patience, they were able to evolve their friendship into something more.

There’s a new It couple in town.

Tom Holland and Zendaya confirmed their romance last month, four months after they were photographed kissing in Los Angeles over the summer. Rumors about their supposed dalliance have been swirling since the production of the first Spider-Man movie, but as they became romantically linked to other people, the speculation fizzled as quickly as it had exploded. Their love lives were left alone from the prying eyes of the press — for a little while, anyway.

However, with such a passionate and expansion fandom, the recent photos were bound to send the internet into overdrive. Here we are: it’s the third Spider-Man franchise, and the lead actors are dating, just as it had been in the first two iterations. History does repeat itself, but Tom and Zendaya’s journey as a couple has been slow and unique, with more than a few hiccups along the way. The two are remaining tight-lipped about how they came together, but the bond they share with each other is so special and captivating that it comes through in every public appearance loud and clear.

What’s fascinating about Tom and Zendaya is not only that they were able to transform their friendship into a full-fledged relationship but how they’ve affected positive change in each other’s lives throughout.

Though they were only revealed to be a couple this year, Tom Holland and Zendaya’s connection has always been powerful.

They couldn’t have been from more different universes when they first met: he was a fresh-faced British newcomer with only a few bit parts to his credit, and she an American former Disney girl with countless movies, albums, and television shows under her belt, yet they still hit it off right away. As she had far more experience in the industry than he, she was able to guide him through the chaos, a beacon of light amid the madness. He burst onto the scene overnight, which does seem exhilarating from an outsider’s perspective, but with Tom, he also felt thoroughly and hopelessly unprepared. “She was so helpful in the process of my life changing, because not only are you making big films and you’re traveling the world, but everyone starts to know who you are,” Tom told Backstage in February.

Having her in my life was so instrumental to my sanity, She is so good at being the role model for young guys and girls. When anyone comes up, like, ‘Can I have a picture?,’ it’s never a bad time.

Boyfriend or not, Tom has always been singing praises of his co-star. In the same interview, he called Zendaya “kind of like the perfect person,” who is not only the ultimate role model for young children but someone who’s empowered him to “grow” and be more sensitive. At first, for example, he despised taking photos with anyone, but Zendaya told him that the act of turning people down would probably “stress” him out far more than being nice and saying yes. This advice shifted his entire perception. “She was so right. It’s made that whole process so much nicer,” he stated. What’s notable is that in this snippet, he referred to Zendaya as his “friend” but still noted how her presence has been “valuable to the success and happiness of my career and life.”

Their enduring, easy-going “companionship” is what keeps them going

In a more recent interview with GQ, Tom implicitly described Zendaya as someone more than a friend.  Perhaps their dynamic shifted over the summer when the photos surfaced, or maybe something had been brewing between them before that. However, the right to confirm their relationship status belonged to them and them only. The paparazzi’s actions torpedoed their choice in how they wanted to reveal their coupledom. “One of the downsides of our fame is that privacy isn’t really in our control anymore, and a moment that you think is between two people that love each other very much is now a moment that is shared with the entire world,” he said. At the end, he felt “robbed” of their privacy, and this is something that’s going to weigh on him the next time he’s expressing his affection for Zendaya out in the open.

The 25-year-old clarified that it’s not like he isn’t “ready” to take their romance public; it’s more like he didn’t “want” to. It’s something meaningful and intimate that shouldn’t be broadcast for public consumption. Even Zendaya agreed, sharing how “when you really love and care about somebody, some moments or things, you wish were your own.” She reiterated how love is a “sacred thing” and is something you want to explore and discover and feel with your partner, “amongst the two people that love each other.”

Tom Holland isn’t necessarily opposed to discussing his personal life but said it’s something he can’t do on his own. “This isn’t my story. It’s our story,” he said emphatically, saying he “respects” Zendaya too much to hijack the narrative. It’s their story, and they want to tell it together – no ifs or buts.

The biggest way [she helped] is just companionship, you know, like two friends coming together, like experiencing this world, going through the same problems at the same time, having a shoulder to cry on.

What’s refreshing about this pairing is that they are genuine equals; they see themselves as equals and would like the world to treat them as such. They’ve always maintained patience, from how they expanded their friendship into something, and in how they’re deciding to present themselves as a couple. They don’t want to rush into anything because they know what they have is irreplaceable and extraordinary. Most of all, they value their companionship above all else, knowing it’s the shared experience that makes every moment so magical. “Anything that I learned or have learned or continue to learn I share with him and anything he learns, he shares with me,” said Zendaya about doing the Spider-Man movies with Tom. It’s a bond fueled by mutual trust, respect, and admiration – something that goes beyond the whims of young romance.

Take your time with love

Tom Holland and Zendaya’s beautiful story exemplifies the power of taking your time with love. There’s undeniable merit to getting to know the person, learning their likes and dislikes, and unearthing what you share in common and what you might have to teach each other. Establishing a friendship with your partner is the first step in building a future with them; a future that is resilient, passionate, and just impactful.

Tom and Zendaya never bothered jumping head first into their courtship. They focused on being a rock for each other and guiding the other through all the ups and downs in their profession. It’s the patience and the little acts of kindness that enabled them to open up and discover something else. If we can take away anything, it should be a willingness to truly get to know someone and take our time with them before pursuing a serious commitment.