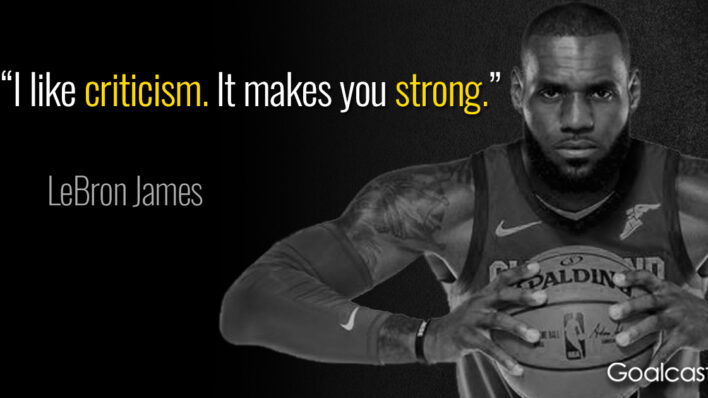 11 LeBron James Quotes to Motivate you to Take Action

One of the NBA legends playing for the Cleveland Cavaliers, LeBron James has gained international fame for his incredible talent.
By Flavia Medrut    February 20, 2018

One of the NBA legends playing for the Cleveland Cavaliers, LeBron James has gained international fame for his incredible talent.

James was born in 1984 to a 16-year-old mother who struggled to raise him on her own. His mom eventually decided that is was better for him to be in a more stable family environment, allowing him to move with the family of a local football coach, who later introduced James to basketball.

After becoming a superstar, the basketball star co-founded the LeBron James Family Foundation with his mother to help children and single-parent families in need.

Some analysts rank James among the greatest players in NBA history. His abilities and hard work took him to the top and kept him there.

He is a great player who never forgot the hard times he went through, but didn’t use them as an excuse for not becoming a shooting star. Here are 11 LeBron James quotes to motivate you and teach you about teamwork. Something just doesn’t pop under your nose; you have to work for it.

Don’t be afraid of failure. This is the way to succeed.

I’m going to use all my tools, my God-given ability, and make the best life I can with it. I think, team first. It allows me to succeed; it allows my team to succeed. I think the reason why I’m the person I am today is because I went through those tough times when I was younger.

Every night on the court I give my all, and if I’m not giving 100 percent, I criticize myself.