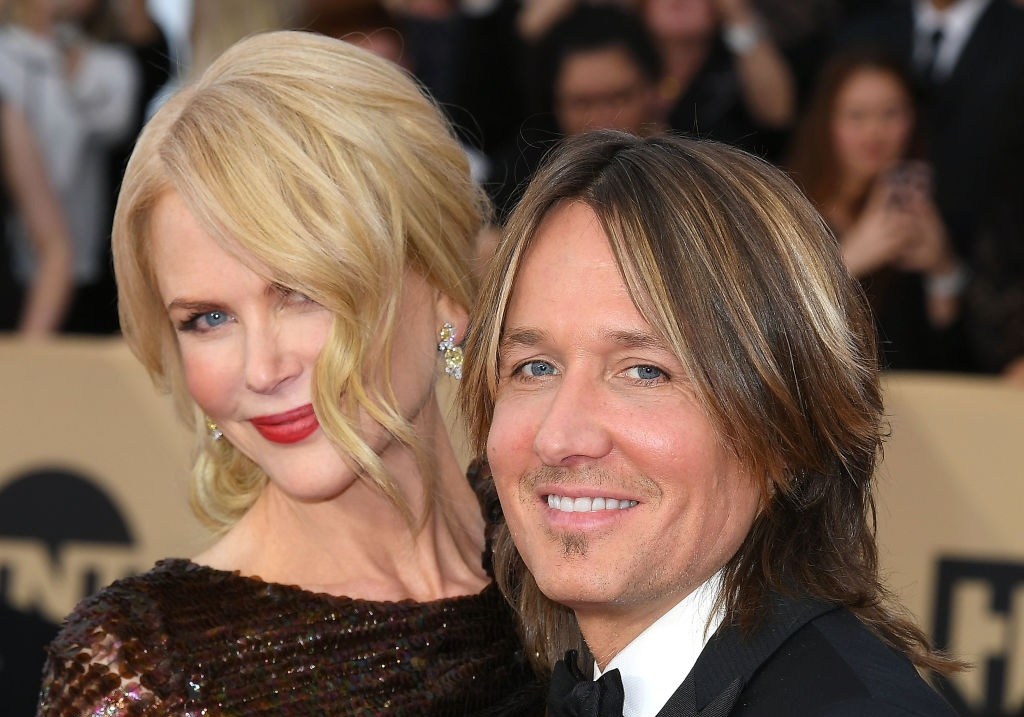 Few couples rave about each other as much (and as publicly) as Nicole Kidman and Keith Urban. However, the Aussie lovebirds actually had a bit of a false start due to misread signals. Then, just a few months into their marriage, they faced their biggest challenge to date. Luckily, they overcame that hurdle and came out the other side unbreakable and ready to start a family.

The pair welcomed their first child together, daughter Sunday Rose, in 2008 and her sister, Faith Margaret, followed in 2010. To this day, they act like newlyweds, packing on the PDA and singing each other’s praises as often as possible.

Here are Kidman and Urban’s secrets to a long and happy marriage:

At first, they misread all the signs

Nicole Kidman and Keith Urban are as in sync as it gets, but when they first met in 2005, they pretty much misread all of each other’s signs. Recalling their first encounter, which took place at the G’Day USA gala, Urban told Oprah, “There was a split moment where she wasn’t with anybody and there was nobody around and I thought, ‘Oh, I’ll just go up and say hi.’ I plucked up the courage to go and do it very nervously and trying to be all cool.”

Despite acting nonchalant, his nerves got the best of him, as he started second-guessing how to proceed.

“There was that moment of waiting for the next thing to be said, at which I didn’t know if I was bothering her or what was going on, so I just sort of said, ‘Well, nice to meet you’ and I walked away,” he revealed, adding, “She stood there for a moment and she walked away and then I thought, ‘Was I supposed to say more?’ A friend of mine said, ‘I think she wanted to talk to you. I went back over and apologized and we just started talking and just really clicked.”

Even after all of that, Urban still didn’t get the hint. As Kidman shared on The Ellen DeGeneres Show, “I remember thinking, I had such a crush on him, and he wasn’t interested in me. It’s true! He didn’t call me for four months.”

It might sound crazy, given that they clicked pretty instantly, but Urban had a legitimate reason for waiting so long. In a 2018 interview, he explained, “Somebody had given me her number and I had it in my pocket for a while. I kept looking at it thinking, ‘If I call this number, she’s going to answer. I don’t know what [to] say.’”

They survived an “implosion” early on

The pair made their red carpet debut at the 2006 Grammys in February and, on June 25, 2006, they tied the knot in Sydney. Just a few months later, their relationship was put to the test when Urban relapsed.

The country singer had already been to rehab twice to battle an addiction to cocaine, MDMA, and alcohol and after Kidman staged an intervention, he checked in for a third time in October 2006. He spent three months in treatment and to this day credits his wife with saving his life. As he told CBS News in 2016, “Meeting her and getting married wasn’t life-changing — it was life-beginning.”

Thinking back to that dark time, Urban told Rolling Stone, “I caused the implosion of my fresh marriage. It survived, but it’s a miracle it did. I was spiritually awoken with her. I use the expression ‘I was born into her,’ and that’s how I feel. And for the first time in my life, I could shake off the shackles of addiction.”

Since then, she’s remained his biggest inspiration. “First and foremost, my marriage with Nic informs everything,” Urban told HITS magazine. “Nic is so unbelievably open; she doesn’t keep things in or bottle them up. She’s really a great communicator. Because of her, if I open up, every day, I’m listening and growing and learning. If I’m a better man, it’s because of her.”

The support isn’t just one way, however. When Kidman felt emotionally and physically drained while filming Big Little Lies (a show in which she plays a domestic violence victim), her husband was there to help lift her up.

“Luckily, I have a partner who is artistic so he understands what it takes to support that,” the actress told Entertainment Tonight. “I came home to loving arms, someone who would hold me, and I was really upset at times.”

Both Kidman and Urban have experienced major successes in their careers since tying the knot and they both agree that all of their wins have been extra special because they’ve been able to share them. Sitting down on The Late Late Show With Stephen Colbert in 2017, Kidman explained how winning an Emmy was more rewarding than taking home an Oscar, all because of Urban.

“When I won my Oscar, I was not in a great place in my life. I didn’t have a partner to share it with,” she began. “I was flailing, emotionally and personally. So, to win and Emmy and be in love and have my family,” she continued, adding, “There’s something incredible about going home and going, ‘Baby! We did it!’ And that’s what we did.”

Knowing that, Urban has gone out of his way to be present for all of Kidman’s milestones, even when they’re on different continents, like they were in 2016. Kidman was starring in a play in London, Photograph 51, while Urban was on tour in the States when he dropped everything and flew to England to attend opening night.

“I said, ‘It’s too much for you to have to fly all the way back, don’t worry,’ and he said, ‘I’m flying,’” Kidman told Du Jour. “He flew 10 hours to come and be with me for the night, and then he flew back and did a gig. That for me is love in action. That’s extraordinary. But I would do the same for him and that’s what we’ve committed to as a couple.”

After over a decade, they’re as smitten as ever

Despite being married for over a decade, Kidman and Urban are as smitten as ever. They don’t spend more than a week apart  — “We start to hurt after seven days,” Kidman told Vanity Fair — Urban still writes her love letters, and they can’t keep their hands off each other. Yahoo! even went as far as to write an entire article explaining “why Nicole Kidman and Keith Urban are always touching each other.”

So what’s their secret? “Just love. Just love each other, lavish each other with love,” Kidman said in 2016, joking, “Also we just happen to like each other too. That works.” In 2019, she elaborated on the idea, saying, “The greatest thing our family priest told us very early on in our marriage was, ‘Always kiss hello and kiss goodbye.’ It just keeps you connected.”

Who Is Penn Badgley’s Wife? A Look Inside His Sweet Relationship With Domino Kirke