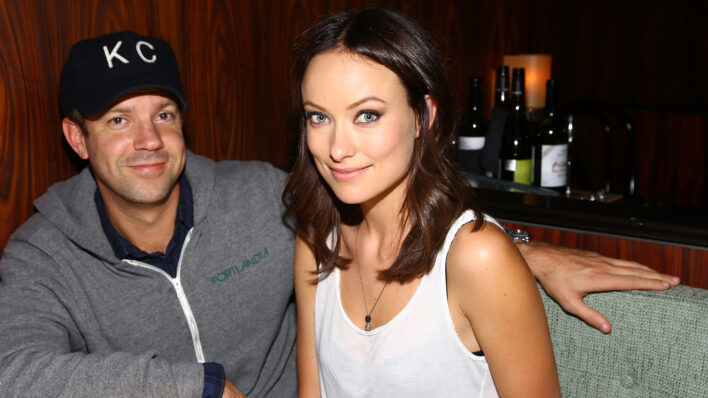 Welcome to #RelationshipGoals, where we’re giving the stage to the power couples we admire. From admirable long-term relationships to inspirational
By Barbara Pavone    May 31, 2019

Since meeting in the fall of 2011, Jason Sudeikis and Olivia Wilde have become one of Hollywood’s most enviable couples. Although their relationship had a slow start, once it did take off, it exploded. By October 2012, the actress was professing her love for Sudeikis publicly, going on the record to proclaim that she was “blissfully, hopelessly, wildly in love” and, as if to prove her point, adding, “We hold hands. I never f***ing hold hands.”

Since then, the couple has gotten engaged and had two adorable kids. They also regularly post about their love and affection for one another on social media, giving off major #RelationshipGoals.

In 2019, Sudeikis and Wilde proved that there’s nothing that can shake them as they took on their greatest challenge to date: working together. Sudeikis co-starred in Wilde’s directorial debut, Booksmart, and the experience was nothing but positive.

While their love was obviously meant to be, it wasn’t always clear that they would end up together. Wilde quickly became smitten following their first encounter, but Sudeikis needed time. And not just a few days or weeks — it was more than six months before he asked his future love out on a date. Turns out, that just made them stronger.

Here’s what we can learn from Jason Sudeikis and Olivia Wilde’s relationship:

Their first meeting made Wilde insecure

When Jason Sudeikis and Olivia Wilde first met at a Saturday Night Live wrap party in 2011, neither one of them was actively looking for love.

As Sudeikis told Stephen Colbert in 2017, that really took the pressure off. Rather than feeling the need to act a certain way or say just the right thing, he could relax and be himself, which worked in his favor.

As he explained to Colbert, “I actually came off looking a lot cooler than I really am because I had heard through the grapevine, through mutual friends that weren’t exactly her best girlfriends that would report back, ‘Oh you know, I think she’s dating someone,’ so I didn’t make any sort of moves.” He recalled, “I was just very, very busy with other things.”

When Wilde shared her side of the story with Marie Claire, she confirmed that they were both seeing other people at the time, but added that she felt much less at ease than her counterpart. “I was just learning to be by myself; I’d been divorced nine months,” she confessed.

Wilde opened up further in an interview with Allure, noting that she was drawn to Sudeikis (and impressed by his strong dancing skills), but doubted herself.

“I thought, ‘He won’t be interested in me; I’m not a contender’. He was so cool, so funny — I was such a fan of his and had always fancied his speed and his intelligence. He’s a brilliant actor with a brain like lightning. I felt like fresh meat at the market,” she revealed. “I thought, I’m not beautiful enough or his type.”

Sudeikis took his time — a lot of time

Sudeikis and Wilde’s romance may be one of Hollywood’s biggest success stories, but it was certainly not a fast-paced love from the get-go. Instead, Sudeikis took his sweet time before making a move.

“I met Jason, and I thought he was so charming,” Wilde reminisced in her 2013 Allure cover story. “He’s a great dancer, and I’m a sucker for great dancers. But he didn’t even get my number. Over the next six months we kept running into each other,” she continued. “[One night], my best guy friend walked up to him and said, ‘This is Olivia’s number. Use it.’ That was the beginning.”

It may have been the beginning, but as she revealed on The Howard Stern Show, it didn’t speed things up that much.

“When he got my number he didn’t text me for a month,” the actress said. What’s more, “He literally didn’t kiss me until the fourth date. He finally kissed me and I was completely head over heels.”

Interestingly enough, practically ghosting Wilde worked in Sudeikis’s favor. Speaking with Marie Claire, Wilde recalled how at the beginning she “couldn’t wait to sit down and hear him talk. On our first date, in New York City, we closed the restaurant down at 2 a.m!”

She also noted that one of the things that attracted her to Sudeikis the most was the fact that “he was never overly flirtatious. He had patience and sincerity and kindness. No presumptuousness. He didn’t ever exhibit any signs of shittiness; he was always considerate.”

Sudeikis and Wilde are now the proud parents of two (son Otis was born in 2014 and daughter Daisy followed in 2016), which, for some couples, might result in less one-on-one moments, but that’s not the case for them. These two are serious about the goals they set.

As Wilde told Us Weekly, they make it a point to carve out time for each other and “prioritize date night. We go out and have a lot of fun,” she explained, “We were both really social people when we met and we didn’t want to give that up when we became parents, so we’re really consistent about our time with them, but we also prioritize a couple of date nights a week.”

Revealing what a typical date night looks like, she added, “We go to the theater. I love to eat food, so we go to a lot of restaurants, see shows, music — it’s New York! It’s a good thing about living here, live entertainment.”

Equally important is the fact that no matter how much time they do spend together, they’re always happy to share even more memorable moments. In 2019, they took things up a notch when Wilde directed Sudeikis in Booksmart. It could have been a disaster and yet, it was anything but.

Speaking of the experience with PEOPLE, Wilde gushed, “That was great. He’s one of the best improvisers in the world so I knew I could cast him. He’s like spinning a top and just letting it roll. It’s really amazing to see him do his thing.”