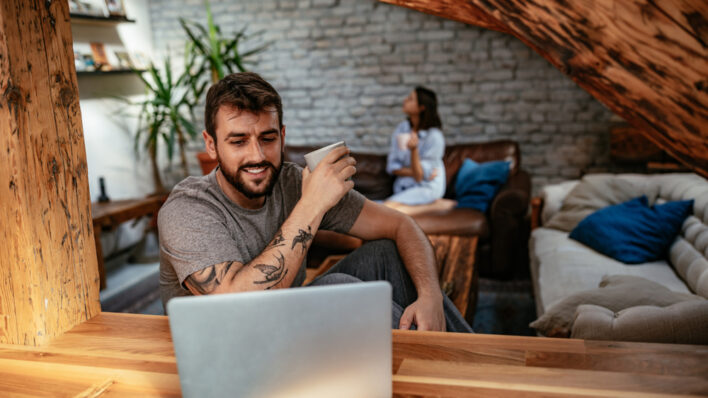 If doing what you love every day while getting paid for it is the ultimate career dream, then why do
By Sergei Revzin    June 12, 2018

If doing what you love every day while getting paid for it is the ultimate career dream, then why do so many of us give up on that dream when we become adults?

Some may say that work is work, and that getting your dream job is just that, a pipe dream, but I have to respectfully disagree. If you have the necessary patience, coupled with a bit of persistence, there are steps you can take to get the dream job that you’ve always wanted. 1. Know what you want

It’s not enough to have a general idea of what you want to do. Sure, when you enter a new industry, you might not know enough about it to make a definitive decision about where you want to be in 5, 10, or 20 years. But once you’ve started to familiarize yourself with how a sector works, you need to decide how you will contribute to it so that you can start executing on some sort of plan.

The best place to start is to focus on the things that you think you’re good at.

If you work on developing a skill that you’re already naturally disposed to, it gives you the confidence to keep trying new things, and to make mistakes. That’s the first step to truly mastering something, and to making a successful career out of it.

2. Build relationships with people who do what you want to do There are many people who are happy to take the time and talk to someone who asks for their help, especially if they’re just a few years ahead of you and remember what it was like to be in your shoes.

Some people might not be willing to talk to you, and that’s okay. It’s still worth it to reach out to people who may understand the dynamics of your industry, and the power players that you need to follow.

3. Provide value to people while building on your skills

Getting introduced to people who can give you advice is great, but if you want to accelerate your career, you have to continue to provide value to the people who have helped you on your path.

But what do people really mean when they say, add value to others ?

One example is being open to using your own network for someone else’s benefit. Even if your network isn’t very big yet, you know people with skills or knowledge that someone else does not have. So whenever you meet someone new at an event that you want to maintain a relationship with, think about one or two people in your own network that might be relevant for that person to talk to. Even if it’s simply to share some expertise. Once you make an introduction, that person will see you as a connector and they will be more likely to remember you if you reach out to them asking for help down the line.

A simple way to add value to someone you want to build a relationship with is sharing information, even just an article, about a topic you know they care about. You don’t need to do this all the time, but just keep in touch.

The purpose of adding value is to give something before you ask for something. When you’re ready to switch your career or pursue a sought-after job that fits your skillset, ask for introductions to the leaders in the organization, rather than simply applying on a job board and hoping for a response.

The person on the receiving end is much more likely to make an introduction on your behalf if they trust you’re a thoughtful person who will make a good impression and reflect well on them. If you only met them at an event once and never followed up, then there’s no reason for them to trust you because they don’t have enough information about how you operate.

4. Find a target and pursue it relentlessly Without step one — knowing what you want — it’s impossible to have the focus and intention required to pursue anything that’s truly worthwhile. Once you know what you want, and you know who the “movers” in the industry are, it becomes much easier to know how to channel your persistence.

The best advice I ever received about how to get your dream job is to show the organization what it will be like to work with you. In other words, show them the output of your work before you’re even hired.

You won’t want to do this for every job you pursue, but the effort is worthwhile for the ones you truly want.

Let’s say that you’ve used every networking trick in the book, and were able to actually get the attention of an important person in the industry who can offer you the job you’ve been dreaming of. Take this as your chance to stand out from everyone else.

Talk to someone in the company and find out what critical problems they’re trying to solve, and try solving one of them. If they’re too complicated to solve quickly, send some insightful suggestions and explain how you would go about solving the issues yourself to prove that you can do it.

The best example I heard of someone doing this was a young person who wanted to get a job at a tech startup he loved. The company needed a sales and business development person to get small businesses to buy their technology.

He spent time researching potential prospects for the startups, and he simply reached out to them and asked if they would ever use the product. He didn’t sell anything, he just wanted to assess whether he could actually get a small business interested.

After getting 10 companies to say they were interested, he went back to the startup and showed them the list of 10 potential clients he could bring them tomorrow. It was enough to prove to the startup that he had the skills to do the job.

Doing what you love is a goal we take for granted as children, but it’s also a dream that many people give up on once they start working and see how competitive any good opportunity really is.

When something is competitive, by definition, the only way to have a shot at it is standing out in some way. So don’t just do what people expect you to do as you progress through your career.

Be brave enough to prove yourself and ask questions when you need it, and eventually someone will listen.