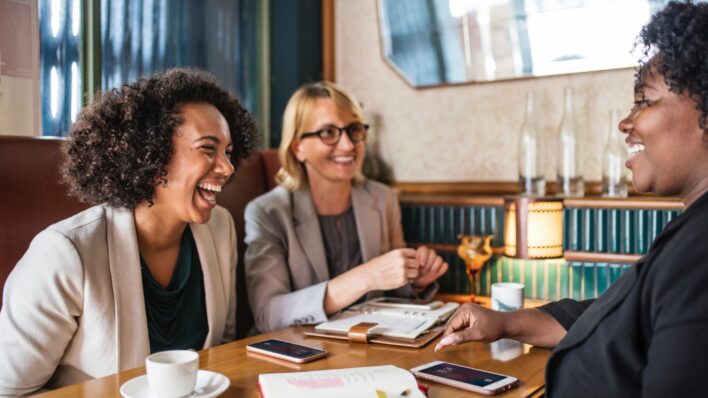 5 Universal Habits to Help You Make an Amazing First Impression

I don’t know about you, but communicating with others can sometimes be both confusing and frustrating. First impressions, especially, are
By Matt Valentine    June 28, 2018

I don’t know about you, but communicating with others can sometimes be both confusing and frustrating. First impressions, especially, are

I don’t know about you, but communicating with others can sometimes be both confusing and frustrating. They come only once and often leave others with a lasting impression of us that can often contradict who we really are, affecting both our personal and professional life in an unpredictable fashion.

So, how are we supposed to leave a great first impression, no matter who we’re meeting, every time? If you can get this down, you’ll have a valuable interpersonal tool to utilize for the rest of your life.

Making a strong first impression is as important as ever, especially when meeting face-to-face.

Fortunately, there are some universal traits that research has now discovered virtually always help make a better first impression, simple habits which anyone can utilize easily.

Here are five surprising habits that can help you make an amazing first impression.

According to a recent survey conducted by Kelton Global for the American Academy of Cosmetic Dentistry, 48 percent of Americans say that a smile is the most memorable feature when meeting someone.

The important thing to remember here, though, is that authenticity is important. You shouldn’t have a fake, plastic smile just to impress. Instead, give your best warm, honest smile to make a great impression.

2. Using the other person’s name

Think back to the last time you had a conversation with someone who used your first name, particularly someone who wasn’t a close friend or family member. The sound of your own name feels pretty good to you, doesn’t it?

Well, there’s now research to back this up as helping improve first impressions. “People like to hear you mention their name in conversation, and research shows it makes them feel validated,” said psychologist Paulette Sherman in a recent interview with Bustle.

One of the single most important things you can do to make a great first impression is to mimic the other person’s behavior. This comes down to two primary things: body language and vocabulary.

A New York University study found that subjects who subtly mimicked the behavior of others made a better first impression, from posture to facial expressions, a handshake, and other forms of body language.

In addition to this, research conducted by the University of Social Sciences and Humanities in Poland has confirmed that the “chameleon effect,” the tendency for people to copy the behavior of those they meet, actually helps us make a better first impression by making the other person feel at ease.

Specifically, researchers studied what happens when we use the vocabulary of the other person we’re speaking with, suggesting that mimicking the other person’s words can help us make a better first impression.

Doesn’t it feel like most of the people you meet are being fake? In some small way, most of the people we encounter tend to be either covering up for some self-perceived flaw or hiding their real ambition behind a nice face or honorable cause.

Clearly, we notice it. However, we never think the other person does when we do it. This is a difficult thing to change and a whole other topic in itself, but helping this fact can be tough because most of us do it unconsciously due to insecurity.

That’s why humanizing ourselves is a great way to improve our first impression. We want to see that someone is human, flawed, like us, and that they’re not afraid of expressing that.

And that’s exactly what a recent study explored and suggested when it studied the way humans reacted to faulty and non-faulty robots, finding that the participants reacted far more positively to the faulty robots, which helped develop a stronger connection.

Surprisingly, asking for (or simply receiving) a small, reasonable favor can be the perfect thing to help improve your first impression.

It might not sound logical, but it works as a sort of “trick” of the mind due to cognitive dissonance. According to the study authors, because we typically only perform favors for people we like or care about, when we do a favor– even something small like passing the salt, opening the door, or getting us a seat– for someone we’ve just met, our mind reconciles that we must like them to some degree if we were willing to perform the favor.

It might be a small thing but when it comes to making a great first impression, every little thing counts.