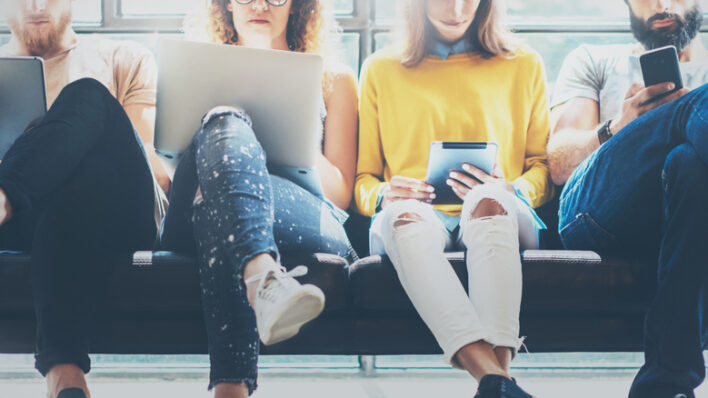 Which Type of Communicator Are You? Find Out and Improve Your Skills

Communication skills are critical when it comes to personal growth and success, so it’s no surprise that so many people
By Matt Valentine    April 4, 2018

Communication skills are critical when it comes to personal growth and success, so it’s no surprise that so many people are interested in improving theirs.

The only problem is, everyone is different. Each person has their own unique way of communicating based on their personality traits and conditioned behaviors, which means there is no one-size-fits-all approach.

So, if you want to work on becoming a better communicator, you first need to learn what kind of communicator you are.

Are you a straight shooter? A pacifist? Or do you tend to analyze and enjoy breaking down topics in a methodical way?

Each type of communication has pros and cons, and the cons will tend to surface when navigating difficult emotions such as anger and frustration.

It’s also important to understand that there is a gold standard in communication. The communication types below represent a spectrum, and most people fall somewhere into it.

So, which type of communicator are you?

Passive communicators tend to shy away from expressing their opinions and feelings. They usually don’t give eye contact and adopt a curled up or hunched physical posture.

This communication style is generally quiet and avoidant rather than direct.

There are few benefits of being a passive communicator, however, they do exist.

Passive communicators are not typically combative and won’t react negatively when experiencing criticism, at least towards others. That’s a huge benefit in terms of making and maintaining friendships and keeping the peace in a general sense.

Passive communicators tend to let others step over them and shy away from expressing themselves. They’re also less likely to express their needs and seek to meet them when communicating with others.

How to use passive communication to your advantage

As a passive communicator, you need to learn how to not be taken advantage of by others. However, you can take advantage of your communication style to build up a strong network of friends who will be able and willing to back you up.

As a passive communicator, you’re less likely to incite conflict with others and, therefore, can make friends more easily. Just make sure not to hold back from expressing yourself when given the opportunity. Aggressive communicators appear to be the literal opposite of passive communicators on the surface. They tend to be very direct, which means they’re great at making things happen. But they often interrupt others in conversation and become frustrated easily, and can even be abusive in extreme cases.

Aggressive communicators are very direct, give consistent eye contact, and tend to cut through the crap when people are beating around the bush. They’re also great at getting things done, even if they might insult a few people in the process.

Brashness defines many aggressive communicators, making them prone to conflict. In addition, they tend to be bad listeners and don’t take into consideration others feelings when communicating.

How to use aggressive communication to your advantage

If you’re an aggressive communicator, use your directness to get things done. You have an advantage in that your aggressive nature allows you to be very productive when communicating with others. Just work on not hurting others in the process.

Passive-aggressive communicators offer a nice mix of courtesy in conversation without letting themselves be taken advantage of.

However, sometimes, passive-aggressive communicators can feel helpless, expressing their displeasure and anger indirectly because they feel like they can’t confront the other person.

Ultimately, you can end up communicating your frustration in a harmful and ineffective way, which is the most important thing to learn from this.

How to use passive-aggressive communication to your advantage

Passive-aggressive communicators can be great in situations where there is a need to act cordial but keep watch out for potential undermining — think business negotiations and any sort of competitive environment.

Assertive communication is generally considered the benchmark for optimal communication. If this is you, you’re not afraid of expressing yourself and typically do so in a way that doesn’t harm those around you.

Assertive communicators generally have high self-esteem and communicate in a very direct (but not brash) way.

Assertive communicators don’t have much in the way of cons, however, you need to be careful not to be too assertive in conversations in a way that hurts or insults others. And, sometimes, no matter what you do, others will take your assertiveness as aggression and react adversely (but that’s just one of those “haters will hate” type of things).

How to use assertive communication to your advantage

Don’t be afraid of taking a leadership position. Also, seek to work with others as opposed to alone. Your ability to listen well and take into consideration the thoughts and feelings of others means you’re a great teammate and can take advantage of teamwork most effectively.

How does non-verbal communication fit into this?

First, understand that however you communicate verbally, you’re also highly likely to be communicating nonverbally in the same way.

Are you a passive or passive-aggressive communicator? Watch out for hunching your shoulders and generally curling up. Communicating passively has its benefits, but you don’t want to be taken advantage of at the same time.

Hunching and generally turning inward sends others the message that you’re unconfident and weak, so try to sit up straight and expand more in your posture. You’ll not only project more confidence to others, you might actually feel more confident in the process.

If you’re an aggressive communicator, you’re likely to expand and spread out to exert dominance over the situation. Don’t close yourself up, but do be mindful of not giving off an air of overconfidence in the way you carry yourself. Remember, confidence, not dominance. The same could be said for an assertive communicator, but it is less likely to happen.

In any case, communication method and ability are largely determined by what’s inside, so the more you work on your personal growth in a universal sense, the better of a communicator you become.