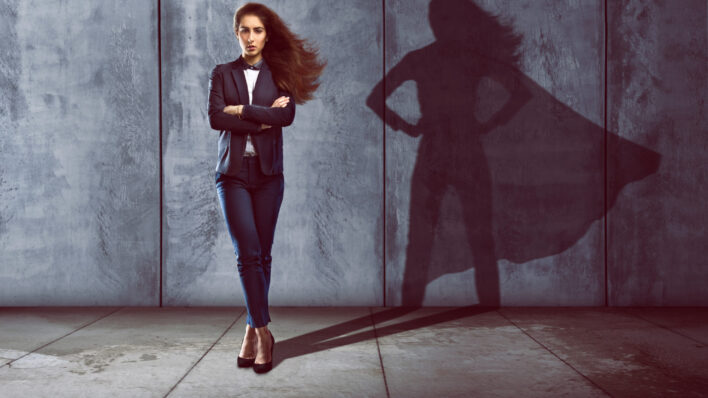 How Body Language Can Unlock Your Hidden Confidence

The body tells a story. Sure, that thing between your ears up there gets most of the focus, but what

The body tells a story. Sure, that thing between your ears up there gets most of the focus, but what

The body tells a story.

Sure, that thing between your ears up there gets most of the focus, but what someone does with their body while communicating and interacting with others, one could argue, is almost as important.

The problem is, we’re often expressing a lack of confidence or uncertainty through our posture and other physical positions without ever noticing it. This doesn’t just make us feel less confident, others pick up on these visual cues automatically without noticing it (we all do), so it affects the entire dynamic of a conversation.

Sometimes, this doesn’t matter. Other times, we’re sitting across a potential employer and our body language could mean the difference between walking or getting the job. Body language is a very powerful tool. We had body language before we had speech, and apparently, 80% of what you understand in a conversation is read through the body, not the words.

In her inspiring, and now famous, 2012 TED talk, Harvard professor Amy Cuddy taught us all about the power of body language.

As a professor of diversity at one of the most prestigious business schools in the world, Cuddy became fascinated with power dynamics and eventually began to research the effects of “non-verbal communication” as it related to that dynamic.

In the animal kingdom, the effect of body language can be observed in many animals. In particular, a feeling of power and dominance tends to make us expand and open up our bodies (think raising the arms, spreading the shoulders, leaning back), while a feeling of inferiority, vulnerability, or a lack of confidence causes us to close up (think hunching over, arms curled up, hands on our neck or face).

As humans, we do the same thing. And these displays of body language affect those around us. But this has been known for some time.

In a study published by Alex Todorov at Princeton University, it was shown that judgments of political candidates’ faces in just one second predicted 70 percent of U.S. Senate and gubernatorial race outcomes.

But what Cuddy sought to find out is if these displays of body language affected our own state of mind. For example, if we expand and take up more space do we become more confident simply by taking a new posture– even if we don’t at first feel more confident?

Surprisingly, the answer was yes.

In her research, and the research of several of her colleagues, Cuddy found that we can, in fact, affect our own state of mind by adopting a new physical posture and position.

In several studies, one which attempted to gauge testosterone and cortisol difference in those who adopted certain postures before and after spitting into a vial (both chemicals linked to changes in posture and feelings of power), and a second where they simulated a very difficult job interview in which the interviewee was given a blank, unemotional stare to intentionally cause social anxiety– the results were the same.

So, how do you use this to your advantage? There are a few very simple practices you can adopt when in a situation that calls for a little more confidence or certainty: