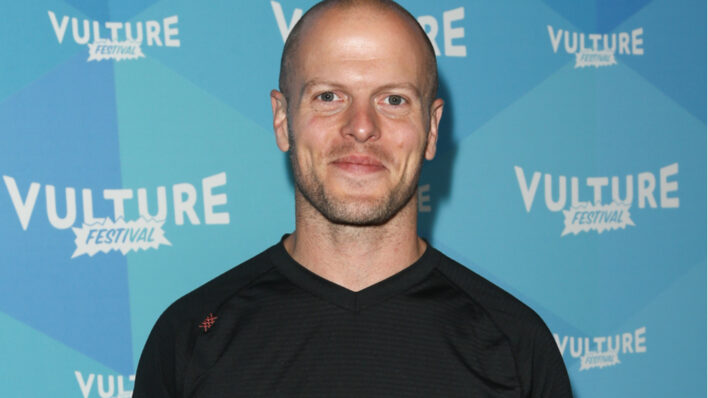 More than 10 years since The 4-Hour Workweek was first published, many of the principles in Tim Ferriss first book
By Matt Valentine    June 3, 2018

More than 10 years since The 4-Hour Workweek was first published, many of the principles in Tim Ferriss first book seem common sense. They’ve become so tightly woven into the conventional wisdom of becoming a successful, productive entrepreneur in our day and age that the people who haven’t read it don’t even realize where these widely adopted principles came from.

That’s part of the genius of Tim Ferriss. His ability to break down a subject in a simple and clever way and show how to take action with maximum efficiency– across countless different activities– is practically unrivaled.

Ferriss doesn’t just work hard. Most of all, he works smart, very smart. Combined with his love of helping others become world-class performers, it’s not surprising he’s amassed such a following.

I value self-discipline, but creating systems that make it next to impossible to misbehave is more reliable than self-control.

I’ve learned a lot from Ferriss over the years, but a few lessons stick out more than any others. I consider these five lessons nothing short of life-changing:

We all know the saying, “work smarter, not harder.” It’s not quite accurate. Smarts are used to create an optimum system, then hard work is used to work the system. However, it does make an important point.

Tim Ferriss’ work revolves almost entirely around optimizing process. In this case, process refers to how you do what you do, from reading faster to investing more effectively and with less time and effort, generating creativity more seamlessly, collaborating with others more effectively, being more productive, etc.

Tim Ferriss has taught me time and time again that there’s almost always a better way of doing things. But we’re not talking about small improvements. If you invest the time in mastering that process, you’ll often be several factors more productive than you were before, which can make all the difference.

2. The only path to freedom is authenticity

“You can start your own business and put handcuffs on yourself if you decide to be someone you aren’t,” says Ferriss.

Ultimately, freedom can only be found by daring to be ourselves. If you’re a business owner or have dreams of doing so, know that your venture– and your actions– needs to be an accurate reflection of who you are, otherwise, it can just end up turning into another set of chains.

One of the most significant lessons Tim Ferriss teaches can be summed up best in his own words:

Even if this fails, are there skills and relationships that I can develop that will carry over into other things?

“Failure isn’t failure if you can gain new skills and develop relationships for future advancement,” Ferriss says. Acquiring ‘assets’ as I like to call them– whether it’s a new skill or professional relationship– is an invaluable perspective because it makes sure that nothing you ever do is a waste of time.

Every venture contributes to your long-term progress, whether that’s in acquiring a new skill, developing an existing one, or acquiring new relationships. Focus on this and you’ll ensure consistent growth.

4. Power only exaggerates your true self

Many of us like to think that money will make all of our problems go away; that fame will make us confident; that power will make us feel better about ourselves.

However, Ferriss says that just isn’t true. “If you’re neurotic, add 100 million to that, you’ll be super neurotic!” he says. In fact, Warren Buffett echoes this same idea.

Not money, fame, nor power changes who we are, it just magnifies it. If you lack confidence, work on building your self-worth, not getting rich.

Often– and assuming our basic needs are being met– what we want isn’t money, it’s the intangible things like improved self-confidence and self-belief. However, we misbelieve that power, fame, or money will fix these things. If anything, they’ll only make them worse.

5. There will never be a better time than now

We like to convince ourselves that, someday, the stars will align and it will be the perfect moment for us to take action on that passion project or business idea.

However, the truth is, this is dead wrong. In fact, it’s often an excuse for not wanting to take action hidden under the veil or rational thinking.

For all of the most important things, the timing always sucks. Waiting for a good time to quit your job? The stars will never align and the traffic lights of life will never all be green at the same time… ‘Someday’ is a disease that will take your dreams to the grave with you.

There will never be a better time than now, so take action on your dreams and rid yourself of the disease of “someday.”