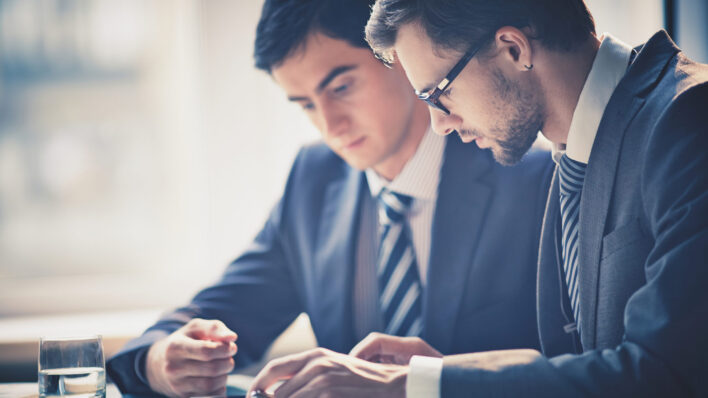 5 Traits Found in Every Successful Entrepreneur

Establishing a business and growing it is not an easy task. You have to take huge risks and fight against the
By Salim    November 10, 2016

Establishing a business and growing it is not an easy task. You have to take huge risks and fight against the odds to ultimately find your success. You devote your time, energy, and effort without any guarantee that you will make it to the end of the tunnel.

Here are 5 key traits found in successful Entrepreneurs that have reached the heights of success. You can adopt these traits to climb the ladders of success one step at a time. The great scientist Newton once said: “If I have seen further than others, it is by standing upon the shoulders of giants.” You can also broaden your horizon by adopting the most important traits found in the giants of the corporate world that have achieved great prosperity.

“If I have seen further than others, it is by standing upon the shoulders of giants.”
– Isaac Newton 5 Traits Found in Every Successful Entrepreneur

After decades of study of the human mind and behavior, Dorothea Brande, author of Wake Up and Live, says that the most important ingredient for success is that a person act as it is impossible for him/her to fail. You need to be very clear about your desire and act as if your success is guaranteed with no possibility of failure.

This trait of confidence is an essential entrepreneurial trait as well. All the successful businessmen were crazy-sure about their business idea or product, and were able to refute the predictions of naysayers who always criticize novel and out-of-the-ordinary things.

It’s a belief in one’s success that turns risk into an exciting business proposition. Jason Apfel, founder of FrangranceNet.com, identifies self-confidence as the most important determinant of his success. He says that when he started the business he had confidence that he would be able to sell beauty products online at affordable prices. He warns that even if you are confident, you should still take calculated risks; never make a bet that can wipe you out completely, have enough dry powder to live another day. With this strategy, the company has been able to outlast bigger funded rivals and now earns more than $145 million in annual sales.

Passion is the fundamental inspirational trait in successful entrepreneurs. It is passion about the business that had made Jack Dorsey, Twitter founder and Square CEO, Sergio Marchionne, Fiat CEO, Dominic Orr, president and CEO of Aruba Networks, Indra Nooyi, chairman and CEO of PepsiCo, Helena Morrissey, CEO of Newton Investment Management, and many others spend about 108 hours a week to improve the prospects of their business.

Your passion for your business idea will determine whether you can work tirelessly without getting bored. As Steve Jobs explained in a 2007 interview: “You have to have passion for what you do, because it’s so hard that any rational person would give up.” Passion will keep you awake long at night until you’ve finished all the tasks. It will be something that you want to build and continue to improve, again and again. In short, passion acts as a fuel that can skyrocket your business to the heights of your dreams.

The ability to tolerate ambiguity and potential failure is the classic risk-taking trait that has propelled many businessmen to success.  Michael Sherrod of Neeley School of Business at Texas Christian University says that the chances of success of a business boils down to successfully managing the fear surrounding the business environment.

According to Sherrod, controlling fear or tolerance for uncertainty is one of the most important traits of a successful entrepreneur. There are many fears that can emotionally cripple an individual such as fear of bankruptcy, lawsuits, losing to competitors, and the list goes on.

Jill Blashack, the CEO and founder of Tastefully Simple and the author of Simply Shine: Stories That Stirred the Fire, Inc., said that the calls from her bank to pay overdue loan instilled fear in her heart. After her husband died, she said that she thought about closing the business, and getting a job.

However, she decided to continue and pushed harder to make her company a success. She says that the ultimate test for an entrepreneur takes places not in the real world, but in the mental battlefield. You can either quit, overwhelmed with the fear, or push through despite the uncertain outcome.  She made a conscious decision to push through the fear and build a successful business that now makes more than 98 million in sales every year.

Successful businesspeople know that the fate of their business is in their own hands. It was this belief that led Steve Jobs to turn the fortune of his company in a few years. He knew that if he did not create a new product that was many times better than what was in the market, that Apple would ultimately fail. So he made sure that the iPod was close to perfect when it launched.

Today Apple products are loved by people all over the world due to their quality, functionality, and design. Apple is now the biggest company in the world with a market cap of more than $500 Billion.

Persistence or tenacity is a crucial factor for the success of any business. You have to continuously push through a large number of obstacles for years. To achieve success, an entrepreneur needs to push through the barriers that prevent his/her company to reach its true potential. This trait is an amalgamation of various elements such as commitment, determination, persistence, perseverance.

Mike Colwell, owner of Plains Angels, an Iowa-based angel investor, said that tenacity is the number one trait he sees in successful entrepreneurs. He says that an entrepreneur has to repeatedly deal with failures. In order to be successful, you should be ready to start all over again from scratch. You should not let ‘failure’ define the rest of year life, and think of it as a learning experience that will eventually pave the way for success later on. Thomas Edison made more than a thousand unsuccessful attempts at inventing the light bulb.