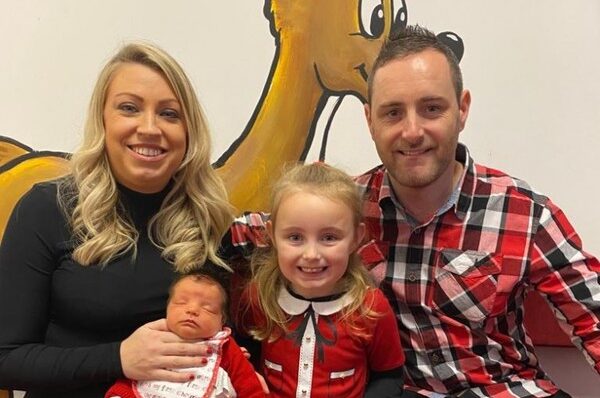 We’re constantly criticizing kids for being glued to their screens, oblivious to the world. Yet one tablet-toting girl’s heroics will
By Bryan Liquor    January 14, 2021

We’re constantly criticizing kids for being glued to their screens, oblivious to the world. Yet one tablet-toting girl’s heroics will force you to reconsider.

Five-year-old Priya Galvin was at home in Cork, Ireland when crisis hit. Her mother Mary suddenly collapsed to the floor, unable to move or gesture.

All alone, Priya had to act fast. She grabs her iPad and frantically FaceTime’s her father, Damian Gavin as he’s going to work.

“She was crying and just said that mammy was drinking her tea and she was on the floor and can’t get up.”

What Damian sees next is alarming.

Using the iPad to save the day

“She turned the camera around so I could see her and that was when I could see that Mary was on the floor in the kitchen and she looked very distressed,” he recalled.

Damien immediately alerts Mary’s relatives living nearby, who hurry over and call an ambulance.

Mary is rushed to Cork University Hospital, where scans reveal that she had suffered a stroke. A clot formed that paralyzed her entire right side.

Fortunately, she recovered and was able to return home to her family, which includes five-week-old son Noah.

The doctors said Priya deserves all the credit for saving a life.

“The surgeon said with a stroke, time is precious and my little daughter is an absolute hero.”

What’s remarkable is that Priya had only recently learned how to FaceTime “so she could ring her cousin” or “her nana and grandad as well,” said her dad.

And yet, Priya’s instincts and ingenuity led her to use it to keep her mother alive.

“I just wanted to make everyone aware, I know we always give out about our kids being on devices all the time, but she saved her mother’s life.”

Before dismissing them, let’s remember that, when given an opportunity, kids are capable of unimaginable greatness.

As for Priya, her dad says that “she can use her tablet as much as she wants now.”