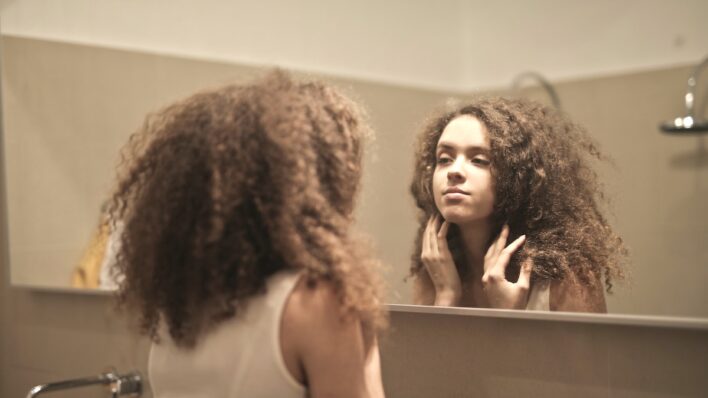 When you are self-actualized, you may start to sound different to the people around you. Having learned to apply self-love in your daily life can be almost narcissistic to the average individual. Here are traits commonly mistaken for narcissism.
By Ricky Derisz    August 17, 2020

When you are self-actualized, you may start to sound different to the people around you. Having learned to apply self-love in your daily life can be almost narcissistic to the average individual. Here are traits commonly mistaken for narcissism.

If you ask someone what’s holding them back from living the life they want, most answers stem from a lack of belief or self-doubt. The general ethos of not good enough surfaces when looking to fulfill our dreams, but the opposite — a fear of being too much — is just as damaging.

As Williamson points out, most of us fear our power more than our inadequacy. On the path of growth, this reaches a tipping point. The process of self-actualization naturally makes you more embodied, comfortable in your own skin, and confident. And, at a certain stage of development, it’s vital to embrace this idea of “too much,” to embody your finer qualities without apology.

This is surprisingly difficult. We might be afraid of appearing arrogant or self-centered. We might hide our joy or dim our light by worrying about what people think, ahead of our own expression. This is partly a cultural phenomenon: we have a strange relationship with confidence. Ask someone what the phrase “that person loves themselves,” translates to, and most won’t say healthy self-love, but instead some form of arrogance or narcissism.

Well, yes. The path is to some degree selfish. You can’t embark on a quest of self-inquiry by only thinking about others. Yet this selfishness is a healthy and necessary function to better serve others. With that in mind, here are common traits that are often mistaken for narcissism, but are in fact behaviors of someone who is healthy, balanced, and self-actualized.

I’m British. It’s conditioned within me to apologize for most things, including standing in someone’s way, swiping my debit card too quickly at a checkout counter, accidentally talking over someone or, you know, breathing. Excessive apologizing is part of my DNA, and something I’ve had to work on.

Because it’s so common, it can almost become expected for someone to apologize excessively. However, as psychotherapist Beverly Engel explains in The Power of An Apology, this habitual response is usually an indicator of low self-esteem — and can lead to others treating you with less respect.

Instead, a healthy balance is to be self-aware enough to know when an apology is warranted. It’s trial and error and takes a little reflection and reason. Part of a practice I enact now is to pause my apology, reflect, and later apologize if I feel it’s necessary. Then, I know when I do say sorry, it’s meaningful.

2. Saying no… without apology

One area many of us may feel obliged to apologize is when boundary setting. Oh, I’ve been there. “I’m sorry to be an inconvenience, but… *insert completely reasonable boundary here*.” This indicates a lack of conviction in boundary setting, which is to be expected early on, but may lessen the impact of the request.

That being said, don’t be surprised if an assertive “no” isn’t so well received by someone. Again, we’re not used to people who set healthy boundaries with confidence. So if someone makes a request and the answer is a direct “no,” it can be mistaken for narcissism. In reality, it’s an indication of someone who knows their boundaries and isn’t afraid to communicate them clearly.

3. Talking openly about their positive traits

How comfortable do you feel taking ownership of your finer qualities? How comfortable do you feel openly talking about things you’re good at? The truth is, as solid and loyal as your support network is, you have to be your number one fan. If you want to exceed your expectations and fulfill your potential, you’re going to have to learn to embrace and take ownership of your skills.

That doesn’t mean bragging. But it does mean being able to acknowledge what you’re good at, in the necessary context, from a balanced perspective. It’s rare though, due to the fear of appearing arrogant. How often do you hear someone talk positively about their traits? But when done with humility, it’s an incredibly attractive trait.

Think back to the last few compliments you handed out. How were they received? When I was growing up, for whatever reason, I thought it was completely normal to practically dismiss a compliment. “Oh, I enjoyed your presentation,” someone might say, to which I’d respond, “Really? I didn’t think I did that well.” Deflecting or minimizing compliments is another trait of low self-esteem: we don’t feel deserving.

There is admittedly a balance with this. It’s important to receive compliments with humility. I find an appreciative “thank you” works well: it acknowledges that someone has shared a kind word, doesn’t minimize, and reflects that you can agree with what has been said.

Of course, it depends on the authenticity of the compliment. Self-awareness is key here too. In certain situations, it might make sense to minimize a compliment. For example, if, in attempting to flatter or charm, someone is excessive in their praise.

People who are self-actualized understand that putting themselves first isn’t narcissistic, but necessary for balance and growth. This can be unsettling if people aren’t used to it. Whether we’re conscious of it or not, most of us have internalized the idea that people looking after themselves is somehow wrong. Not only does this do a disservice to others, we can’t avoid applying these same standards to ourselves.

When someone has a clear idea of their likes and dislikes, and pursues them with conviction, it can cause unrest in others when it appears they are putting themselves first. The same applies to energy reserves, too. I come from a background of people-pleasing and helper syndrome. One of the hardest restraints I’ve developed is accepting I can’t be there for everyone all of the time.

Watch this Goalcast video for a boost of inspiration:

It’s surprising how much our culture tends to be suspicious of people who… like themselves. And people who like themselves tend to treat themselves as they would treat friends and family. However, there’s a distinct culture of self-deprecation, particularly in online spaces, where it’s more socially acceptable to talk down about ourselves than sing our praises.

From productivity to fitness to confidence, having a low opinion of one’s own ability is part of a cultural narrative. Just look at memes and social media commentaries that are highly self-deprecating (and worrying when applied to mental illnesses such as depression). Writers in particular are known for their self-deprecation, particularly around how much of a struggle it can be to simply write.

It’s a challenge to avoid talking down about oneself, and self-deprecating, when faced with the same behavior in others. Let’s say you’re in a group, and each member of that group shares how they’ve struggled with self-isolation and not been productive. If you happen to have been one of the lucky ones and been super-productive, it’s a test of resolve to openly exclaim this, without minimizing. Though beware of an ego trap: sometimes silence is the best response.

Overcoming the fear of selfishness

In conclusion, our cultural fear around selfishness can keep us stuck if we aren’t careful. In a world where the social norms are shrinking and not being our own biggest fan, certain displays of confidence that come with self-actualization might be mistaken for narcissism. In reality, they’re healthy traits, and understanding this can help you break through the glass ceiling of growth. Just remember to stay humble and, if someone bumps into you in the street, don’t apologize.