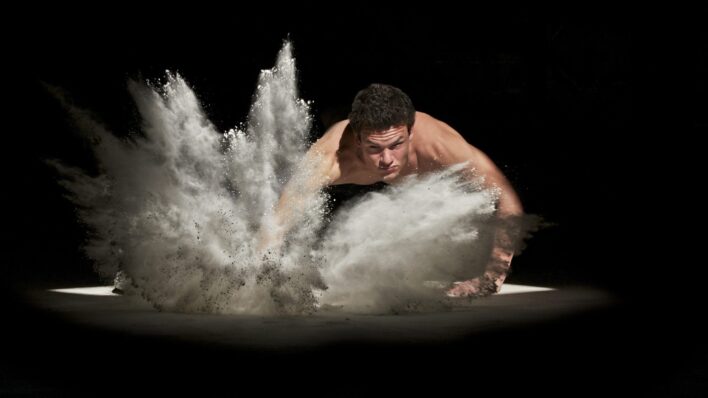 7 Things Successful People Are Doing That You Aren’t

Have you ever sat there and really thought to yourself, “What are these successful people doing that I am not?” I’ve
By Dustyn F    July 17, 2016

Have you ever sat there and really thought to yourself, “What are these successful people doing that I am not?” I’ve got a solid answer for you; These winners all possess strict attitudes and practices that most people don’t. You might be doing some of the things on the list below, but most of the people who get to the top actually do everything on this list.

Not to say that you won’t join the winners club if you don’t implement all of these same habits, but if you want to stack the odds in your favor, you should probably do yourself a favor and pick up these practices. 7 Things Successful People Are Doing That You Probably Aren’t

1. Focus On Wins, Accept The Fails

Successful people are all about winning, it’s how they got to where they want to be. But with winning also comes failing, and if you can’t accept fails along with your wins, it just won’t work out. If you are winning all the time, it probably means you aren’t aiming high enough.

Once you start aiming a bit higher; every venture, every decision, every action you take always has the potential for two things; a win or a loss. They will both happen. It’s just how the game is played.  But once you empower your fails you will slowly start to see them as small wins.

The difference between people who ‘make it’ and those who don’t is always because of the people who ‘made it’ took action. They stopped reading, they stopped procrastinating, and they just went for it.

Those who don’t take action are those who don’t get any results. So if you could follow any habit out of all of these, it should be this one. Take action, you’ll make it sooner or later.

No matter what day it is; whether it’s vacation, holiday, or your birthday successful people are always doing something, and so should you! Of course on special occasions you want to relax and enjoy your time, you should still do something every single day.

Whether that means responding to a few emails, sending out a social media post, just do something. It doesn’t have to be huge, but it will surely keep your flow of getting things done going.

4. Surround Yourself With Beneficial People

Ever heard the saying: “You are the Average of the 5 People You Spend the Most Time With” Winners notice things in people that they’d like to acquire (a skill, a mindset, etc) and so they do their best to connect and surround themselves with the people who will have a beneficial impact on their own lives.

You also want to add value to other people’s lives (otherwise, you’re being selfish!).  You want to cut out toxic people and only allow the people who are going to push you forward. It might be hard to cut people out of your life, but if they are toxic to your successes, you might want to reconsider that relationship.

Do you think the winners have become successful by saying “yes” to everyone who’s ever asked them for a favor?

Successful people are busy, and they keep themselves busy with the right things. Anyone can be busy, but if they aren’t doing things for themselves and for their goals, what’s the point? Learn to say no, clear up more time for yourself, and get more done that will actually make a difference to your own life.

6. Plan The Day Ahead

If you ever feel like you aren’t getting as much done as you’d like, it’s probably because you aren’t following planning your days.

Writing what I like to call a “To-Do Tomorrow List” is a great way to collect your thoughts at the end of the day and write down everything you need to get done in the next day. It’s so much more effective than trying to think of what to do on the day you need to get it done.

7. Learn To Laugh At Everything

Don’t be Mr or Ms serious all the time. Learning to laugh at your own fails is a great way to overcome embarrassment when you fall down. This attitude was very helpful to some of the greatest innovators of our time. Both Walt Disney and Albert Einstein were laughed at when they talked about their ambitions. They failed, and while everyone was ridiculing them, they just laughed it off and tried again.

It’s okay to fail, quit caring about what other people think when you fail and just get back up and go at it again and again. Once you are at the top, they won’t be laughing anymore.

As with any habit, good or bad, you need to consistently repeat it day in and day out to ingrain it into your daily practice. It takes determination and willpower to push yourself everyday to implement these habits into your life.

But trust me when I say this;

Once you’ve got it ingrained into your daily life, it will no longer seem like a struggle to you. It will become second nature, and you will be well on your way to become a winner yourself.

And before I go let me ask you this; Do you want to win? Then, Act like a winner, become a winner. It’s that simple.

Dustyn is the owner of personalself.com and loves dry humor and helping people live a full life. Through education and awareness, he is able to help people achieve their life mission and purpose in life. Love becoming a better you and dry humor? PersonalSelf.com is made for you!