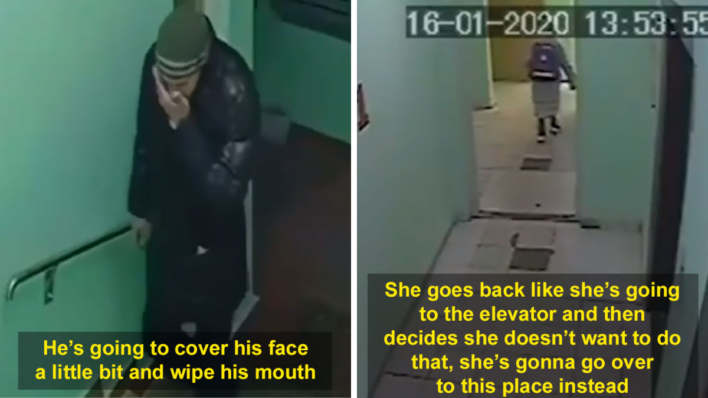 It can be hard to teach children how to be safe — you don’t want to make them paranoid, but there
By Joel Balsam    March 24, 2021

It can be hard to teach children how to be safe — you don’t want to make them paranoid, but there are real threats out there to be aware of. A video that went viral in Russia shows exactly what kinds of threats can happen, and how a young girl managed to outsmart a suspected attacker.

Followed by a creep

In the video shared on YouTube, a 9-year-old girl in a jacket approaches a building and appears to ring the bell. As she waits, a man in a black jacket lurks behind her.

When the girl opens the door, the man follows her, catching the door so it doesn’t close.

As he walks behind her, the man appears to cover his face from the security camera by wiping his nose.

Then, the girl does something incredible and unexpected. Without looking back, she walks up the stairs and makes a sudden turn the other way. As the man walks behind her, she slips behind him and leaves the building.

Meanwhile, the creep continues down the hallway and presses the button to go up the elevator, not noticing the girl had left. When he finally realizes she’s gone, he turns and leaves as well — but not before peeking out the door to see if the coast was clear.

As the man walks away, the girl is seen coming back to the building, holding hands with an adult she trusts.

The man was reportedly arrested by police afterward.

Trust in the next generation

This Home Alone-esque outwitting of an adult is a great example of what to do if a creep is following you. Without making a fuss, the girl confused the suspected attacker and as soon as she could she looked for an adult she trusts. Very impressive for anyone, let alone a nine-year-old.