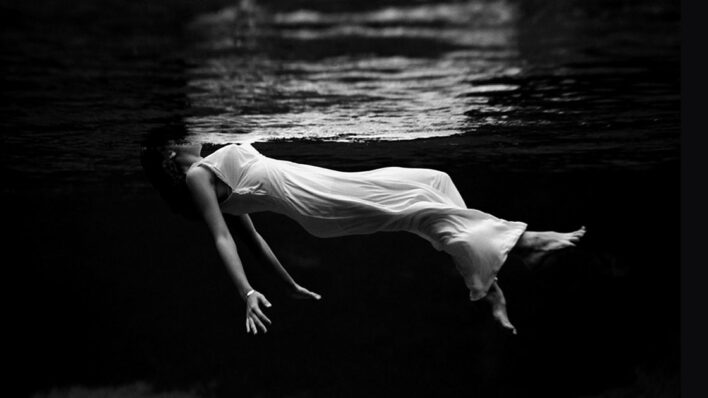 Surrender: How I Overcame Alcoholism and Depression

I used to wonder if I lived in the dark or if the dark lived in me. Was I like one of those cartoons in the depression commercials walking around with a gray cloud over my head or was I a manufacturer of gray clouds?

Growing up, I always thought there was something inherently wrong with me yet I couldn’t reconcile my self-image with my external reality. My upbringing was not abnormal or traumatic. I was the only child of two loving parents who are still married today but the way I felt on the inside didn’t align with my outside circumstances.

My parents keep pictures in a photo album of my birthdays, Christmases, vacations we took. I look happy in those pictures, but I don’t remember feeling happy. It’s as if I’m looking at pictures of someone else. I wish I could recall the joy I must have felt when kicking up piles of autumn leaves in the front yard or soaring down the Slip ‘n Slide in the summertime. The only thing that seems familiar to me is the disconnect I had with other people, myself and God.

If I think back long and hard enough, my earliest memories are not of specific events but rather emotions-anger, emptiness, and inadequacy. I constantly compared myself to others which only became worse as time went on.

I kept looking for answers as to why I felt the way I did. I searched in men, money, alcohol, drugs, food, churches and nightclubs but I always ended up in the same place-the bookstore. My fingers would frantically comb through books in the Psychology/Self-Help section: Bipolar I & II, Depression, Anxiety, Adult ADD, Borderline Personality Disorder.

Where was I in all of this? I fit the criteria for many of these disorders, but the solutions didn’t fit me. I tried everything from medication to meditation with little improvement. All I wanted was to find myself in a book that would identify exactly what was wrong with me and how to fix it.

These days I often think maybe I’m supposed to write that book so that someone else who comes behind me can find it later. I couldn’t write about the solution back then because my entire life I’d been living in the problem. It wasn’t until I later that I came to understand and live the principles of acceptance and surrender.

In my drinking, I lost many things-homes, jobs, money-but not just material things. I also lost relationships, integrity, and dignity but not because these things were taken from me. I willingly gave them up in exchange for the brief opportunity to not be present for a life I never wanted.

I drew many lines in the sand and vowed I would never cross over any of them. I vowed that the next drink would be my last, that I would never try hard drugs, that I would never call you that name. But all of these things were conditional-contingent on my happiness, sadness, anger, boredom, job security, personal insecurity, relationship status, financial independence, emotional co-dependence-everything and nothing. Each time I crossed a line, I would draw another until, finally, I found myself in the ocean where there were no more lines because they had been swept away by water. It was at that point that I realized I had lost everything. Some people refer to loss as bad luck. I don’t believe it had anything to do with luck. It was grace.

Surrender vs. Giving Up

Losing everything was the best thing that could’ve happened to me because there was nothing left to fear. I no longer feared that I would drown from getting pulled down by the current. So I opened my arms out to the universe and tilted my head back-I was now floating. I was floating on top of all the murk-the lost dignity, the emptiness, the inadequacy.

When you’re floating, the only way to look is up-where there is light, the heavens that are promised to us and a vastness that holds godly opportunities we small humans could never have imagined ourselves. Giving up meant making two whole-hearted attempts in 2010 and 2013 at stopping my heart forever. Today, I don’t give up-I surrender-and those are two very different things. When I surrender, I let go of the notion that I have all the answers or that my ideas are the right ones or the only ones. Life meanders. Sometimes it has sharp and narrow turns or rough terrain, and you have no idea what’s ahead. Other times the road is clear, wide and smooth and we’re able to cruise. When I surrender, I’m no longer choosing a specific path but I’m allowing myself to take any path the universe opens up for me, even if it’s scary, untraveled and unknown.

From Pain to Joy

When I was in my 20s, I had three symbols from the Runic alphabet tattooed on my wrist called Laguz, Thurisaz, and Algiz. Laguz means “water” and represents fluidity. Thurisaz means “thorn” and represents protection, but it also symbolizes chaos and hardship. Algiz means “elk” and represents divinity or connection to the Gods.

The first time I attempted suicide, I crossed over a line in my life as I had done many times before in the sand. Except this line was permanently etched on my wrist instead of drawn in the earth. When that happened, I forever altered the meaning of the rune Thurisaz by changing its physical form. By eliminating the vertical line at the top of the symbol, I was left with a new rune called Wynn. Wynn means “joy” and represents happiness and life force. In that instance, the most agonizing moment of my life, I

In that instance, the most agonizing moment of my life, I literally transformed my pain into joy. And now joy is bordered by water on one side and God on the other-the two most essential elements of my life today. Some might refer to this as a fortunate coincidence. I simply call it grace.

Jennifer Jani is a native Washingtonian who graduated from John Jay College of Criminal Justice in 2008 with a Bachelor of Arts degree in Forensic Psychology. She tries to incorporate core values practiced by social workers daily into her professional and personal life including service, integrity and the importance of human relationships. Her interests include poetry, foreign films and photography. Jennifer is currently taking a brief hiatus from the higher education industry to pursue writing as a full time career.