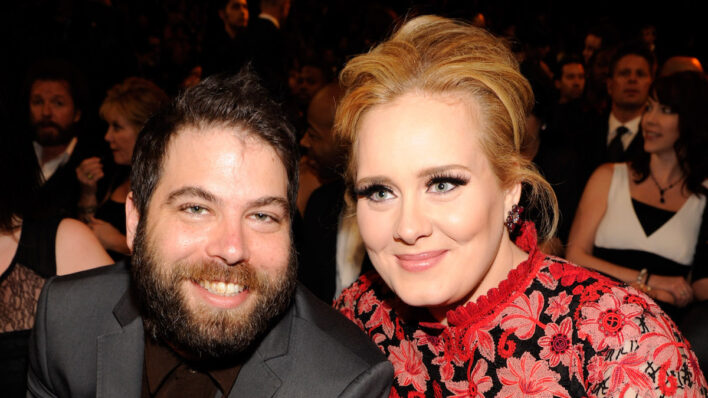 Adele Had To Pay Her Ex-Husband Millions, But Here’s Why They Still Live On The Same Street

Adele finally reached a divorce settlement with her ex-husband Simon Konecki. Yet, the two continue to live on the same street.
By Shaoni Das    January 26, 2021

Adele finally reached a divorce settlement with her ex-husband Simon Konecki. Yet, the two continue to live on the same street.

Adele is officially a single woman.

The British singer-songwriter finally reached a divorce settlement with her ex-husband Simon Konecki this week, nearly two years after their split. As someone who’s practically made a living out of creating impassioned breakup anthems, you’d think that Adele would thrive amidst heartbreak and loneliness and would be ready to badmouth her ex.

Yet, the reality couldn’t be more different. The singer has shown no indication of the divorce affecting her spirit; she’s been flourishing as both an artist and a mother. She’s even made a substantial effort at forging some sort of a co-parenting partnership with Simon.

Though the former couple themselves had been coping with the divorce proceedings well enough, the media painted a vastly different picture of the situation. Therefore, it’s time we take a step back, examine the origin and end of this particular marriage, and discuss why we can take a lesson out of their post-divorce playbook:

Though little is known about Simon and Adele’s initial meeting, the singer has showered praises upon her husband over the years and declared him as the best partner and baby daddy.

Simon was born in New York but moved to the UK at age 10. He was born in April 1974, making her thirteen years senior to Adele. The young man must have been something of a child prodigy — he started trading foreign currencies at 17 and was a financier for the Lehman Brothers at 24. In 2005, he left the Lehman Brothers firm and co-founded a sustainable bottled water brand, Life Water, with his friend Lucas White.

In addition to being an entrepreneur, Simon also leads the organization drop4drop, which advocates providing clean drinking water to people in developing countries. On the personal side, Simon Konecki had been married to stylist Clary Fisher from 2004 until 2008. They also have a daughter.

Simon and Adele were first linked in 2010, but their relationship’s exact beginnings aren’t clear to the public, as Adele is notoriously private about her personal life. They were first spotted together during an airboat ride in Boca Roca, Florida, where some of Simon’s relatives live.

Many in the media speculated that Simon was still married, so Adele had to set the record straight and tell everyone that Simon had been divorced for years. In June 2012, Adele announced that she and Simon were expecting a baby, and Angelo was born in the October of the year.

Adele all but disappeared from the spotlight for the next few years. When she reemerged with her album 25 in 2015, she told 60 Minutes Australia that it was because of Simon and her kid that she’s “all right” amidst the scrutiny and fame.

By March 2017, Adele confirmed that she and Simon had gotten secretly married — speculation had been sparked after she referred to him as “husband” in an acceptance speech. In another interview with Vanity Fair, she reiterated that her personal relationships matter far more than music and touring.

[Simon] is not threatened by any stage of my life that I’m going for, and that’s an amazing thing. It’s the most serious relationship I’ve ever been in.

They split after realizing “romantic love” was no longer there

Though a concrete reason behind their break-up hasn’t been provided to the public, multiple insider sources claim that they lost the passion that drew them towards one another in the first place. They had turned from friends to lovers to friends back again.

Other explanations have also been offered — she was touring too much, he was too focused on work, they were far apart all the time, they had “drifted apart,” he wanted more kids, she wanted more kids, the list goes on. Speculation has its limits, so we won’t really know what caused them to take such a step unless one of them directly speaks to the press.

However, while the couple committed to separating amicably, the divorce proceedings proved quite lengthy and costly. The pair decided to share custody of Angelo, but problems emerged when it came to dividing Adele’s massive fortune.

Adele’s worth nearly £150 million, and the divorce would qualify Simon to receive a portion of the sum since they didn’t get a pre-nuptial agreement. Therefore, both Adele and Simon had to send a mix of lawyers and mediators into the proceedings, and, finally, a settlement was agreed upon by both parties.

Adele and Simon still live across the street from each other

Perhaps the most refreshing detail of the entire divorce story is that Adele and her husband still continue to be in each others’ lives and provide collective support for their child.

In May 2020, it was reported that Simon and Adele live across the street from each other in Los Angeles so that they could co-parent their child together. An inside source told People, “they’re doing what’s best for Angelo. Her son is her world.” So it seems that these exes hold very little resentment for each other, and even if they do, they don’t intend it to affect the upbringing of their child.

As for Adele’s dating life, she’s rumoured to have jumped back into the dating world, but she’s still single as of October 2020. In an Instagram post, she joked, saying, “I’m going back to my cave now to be the (single) cat lady that I am!”

Romance doesn’t have to make or break your relationship

We’re all taught that relationships are futile if they’re not romantic. But Adele and Simon demonstrate the value of being good friends and good co-parents. Sometimes, the long-term purpose of a relationship isn’t necessarily to change our lives and send us into the throes of romance and passion — perhaps the purpose for Simon and Adele was to simply raise a beautiful child together and give him a beautiful life.

We don’t have to approach our breakups with bitterness and resentment; we’re allowed to be disappointed and even regretful, but the longer we hold onto those feelings without a coping mechanism, the harder it’ll be to find happiness further into the future. So the best thing to do after a break-up is to maintain a semblance of friendship or acquaintance with our ex-partner — if circumstances favour it, of course — and take our experiences and lessons learned to the next relationship.