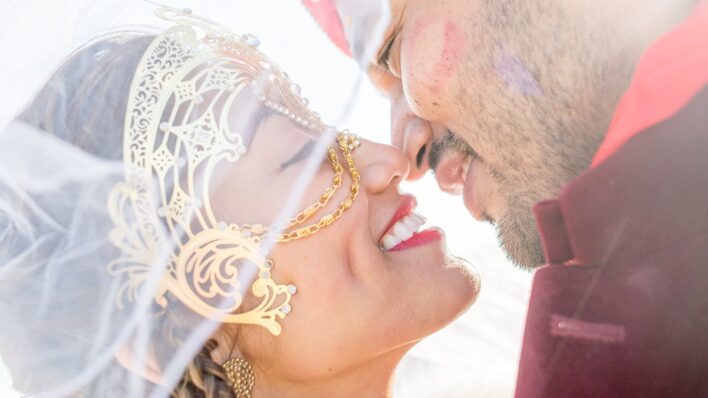 Here’s How You Know Love Is All Around You, Even When It Doesn’t Feel like It

Growing up as the younger sibling in a small household in India, Ajit Nawalkha felt unloved and unappreciated. “Why am
By Matt Valentine    December 6, 2018

Growing up as the younger sibling in a small household in India, Ajit Nawalkha felt unloved and unappreciated. “Why am I hated so much?” little Ajit would ask himself, sobbing into his pillow.

Constant fighting with his older brother and not feeling he received the same recognition that his brother obtained from his parents, in turn, made him believe that they loved his brother but not him.

When his brother later moved away, the attention was placed on him to make something of himself. But he decided early on that he wouldn’t be chained to tradition.

All you need to do is change your perspective. For love is always there.

It was these childhood events, along with the pressure his mother placed on him to follow a traditional career path and become an engineer that caused Ajit to strike out on his own.

“As I was preparing for the exams I realized that if what I’m studying for now is what I have to do for the next four years, or for the rest of my life, I’m going to be miserable,” said Ajit.

Why am I doing this? I’m doing this because my mom says so.

So Ajit set out on his own to break from tradition and make a name for himself in Malaysia.

I just knew that what I really wanted was, ‘I need to be successful’, ‘I need to get out of this house.’

But it was what he learned after that which would come to define him. Ajit had found his success, and before the age of thirty even, but seven years later he awoke with the realization that he had sacrificed his health and well-being to get there.

“My health was deteriorating, I couldn’t sleep without a drink, I had grown even more distant to my parents,” said Ajit.

Communicating with his parents had become a regular task, a chore, and not a matter of connecting with his loved ones.

When Ajit’s future wife, then girlfriend, came into his life she began to inquire about his relationship with his family:

Why is it that you don’t talk to your family that often?

Just before Ajit and his wife were to take a recreational trip to India, she suggested he invite his family to go to a retreat there and spend quality time together.

After several days at the retreat, the opportunity presented itself at a dinner with the entire family sitting together, speaking openly about how each other felt. It was time to talk about what had bothered him for all those years.

We’re sitting all across the table… and we start sharing. My turn comes and I say, ‘I’ve never felt loved by mom and dad. I’ve never felt that bonding, that connection.’

“They listened very quietly,” said Ajit. “And then my dad asked me a question…”

You have two hands, right? Your right hand and your left hand. Which one do you love more?

Both of them? There’s no hand that I love more.

“In the moment it was just a metaphor,” says Ajit, “but it became my truth eventually.”

“It’s not that someone loves you or doesn’t love you”, Ajit says, “It’s that you love or don’t love someone.”

Ajit receiving second-hand clothing or his brother’s bike wasn’t because his parents loved him less, it was about they not being able to afford additional clothing or a second bike. It was never about Ajit but about his parent’s financial challenges.

“I had held onto that for all my life and I was driven from a place of, ‘I’ll show you’”, says Ajit. His epiphany set him free and made him realize the true nature of love.

Only recently when we actually had a child I realized that as much power the word love has it doesn’t do justice to what you feel when you have a child. What I feel for my son…I can’t explain.

The fact that we take up space means something. That we’re worthy of love…And if ever you feel unloved, all you need to do is change your perspective…

…for love is always there.