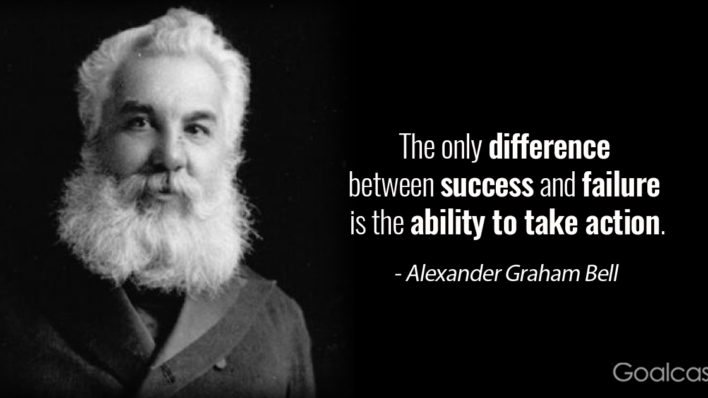 Alexander Graham Bell (March 3, 1847 – August 2, 1922), the inventor of the telephone, was a distinguished scientist and innovator.

His father taught elocution to the deaf and young Bell became almost obsessed with the science of sound, especially after his mother began to lose her hearing.

Bell followed his father’s footsteps and began a career in teaching people how to speak, but while pursuing his teaching profession, he got this “outrageous” idea that he could invent a machine that would send the human voice over wires.

He experimented with a telegraph that could send more than one message at once by using different sound frequencies. He did not have much success with his invention until in 1874 when he met Thomas Watson, an electrical engineer who helped him with his work.

On March 10, 1876, Bell got his telephone to work! This date marks the day when Bell successfully made the first phone call in history. Needless to say that after a few demonstrations, thousands of people wanted one.

But the telephone isn’t Bell’s single invention – he held 18 patents in his name alone and shared another 12 with collaborators.

Here are 18 Alexander Graham Bell quotes on the role of perseverance in achieving success.