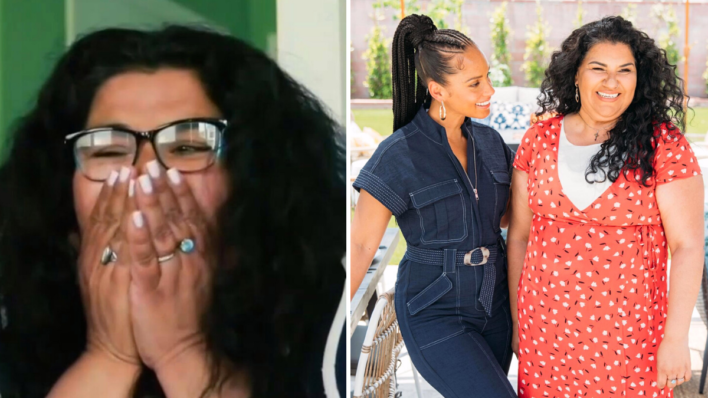 One selfless school teacher who endured heartache to put her family and students first got a star-studded surprise of a lifetime.
By Bryan Liquor    April 26, 2022

One selfless school teacher who endured heartache to put her family and students first got a star-studded surprise of a lifetime.

Among family sayings, there is one that reads “Family is a life jacket in the stormy sea of life.” If that’s true, then Susanna Valadez was drowning.

The California high school special needs teacher lost five family members over a six-month span due to COVID, including her mother, Rosa.

And yet, Valadez knew that with learning suddenly gone virtual, her students needed her more than ever. And so, despite a heavy heart, she never missed a day.

Recalling that time to Spectrumnews1, Valadez revealed it was difficult.

It was really hard. On several occasions, I had to be very frank with my students, my parents, my staff about what was happening in my life.

Why Alicia Keys Surprised a School Teacher after a Heartbreaking Tragedy

Valadez recalled that during those tough times, she would get motivation from her mother’s loving memory.

“[She’d always tell] me that she loves me, so I do the same to her when I see her, especially on harder days,” she said.

It turns out that her mother wasn’t the only one watching over her.

Valadez’s story caught the eye of Amazon Home, who picked her for their ‘Hometown Hero’ program. Delivering her the news was none other than Grammy award-winning singer Alicia Keys.

“Your story is so, so inspiring that you have been chosen to have your space made over,” Keys told a starstruck Valadez in a virtual meeting.

That’s right: From bathroom to bedroom to backyard, the entire Valadez home was given a full red carpet remodeling, including a brand new kitchen complete with the latest cookware.

When Valadez returned home, Keys was there to give her an in-person guided tour. The mother of two was shocked.

Making this story a true success, Amazon completed Susanna’s classroom wish list to make sure she and her students were all set for in-person learning.

For Valadez, the gift comes with mixed emotions: “There were many downfalls and many things that happened personally within my family, so this was a very bittersweet blessing,” she said.

RELATED: Alert Amazon Driver Stops Everything To Help Lost and Confused 92-Year-Old Get Back Home

Her husband Francis Canas adds that it gives them all a chance to turn a new, positive page.

It brings a certain relief that we’re able to maybe focus our attention not so much on the negative aspect of all the past year, but having something to look forward to.

Valadez really shows the power of purpose in keeping the spirit alive. Sometimes, when you serve others, the world has a way of giving back in amazing ways.

You can bet that Rosa is looking down and smiling.

Storms don’t last forever
“The sun will shine again. No matter how painful and hard the rain may beat down on me.” – Natsuki Takaya
Tags
Share
← Prev Post Next Post →