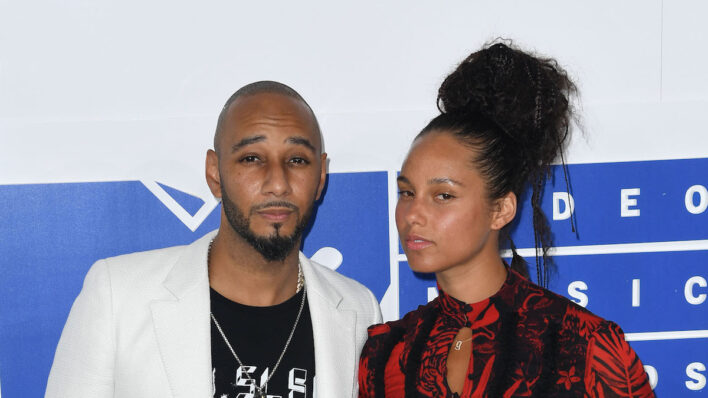 When Alicia Keys and Swizz Beatz got together, their relationship got a lot of backlash as the former was considered to be the “other woman.” Behind the scandalous noise, the reality is much less controversial.
By Shaoni Das    September 29, 2020

When Alicia Keys and Swizz Beatz got together, their relationship got a lot of backlash as the former was considered to be the “other woman.” Behind the scandalous noise, the reality is much less controversial.

When you think of Alicia Keys, you don’t think of controversy. The Bronx singer has led a wonderful career over the decades, complete with chart-topping singles, prestigious awards, dazzling collaborations, and charitable endeavours. She became a beacon of empowerment a couple of years back when she announced that she would stop wearing make-up at public events and express herself as naturally as possible. She even has the perfect domestic life: a husband that supports and loves her unconditionally and two children.

Keeping all this in mind, you might find it hard to believe that there was a time when she wasn’t the “perfect” woman. In fact, when Alicia first started dating her husband Swizz Beatz, things weren’t all that rosy. And if things hadn’t worked out the way they did, the public perception of Alicia may have been vastly different than what it is today.

As a considerate and level-headed woman, Alicia was able to maneuver through the drama and build a life of inspiration, hope, and love. Her ability to get past those obstacles tell us how we can tackle tricky situations in our own lives.

This might come as a massive shock to her longtime fans but Alicia Keys’ beginnings with Swizz were rife with complications. Alicia and Swizz actually met as teenagers when the singer was just getting started in the music industry. But back then, Swizz didn’t impress her at all. Alicia said he was too “ostentatious” with his expensive cars, jewelry, and clothing, and so she found him “annoying.”

And so Swizz instead turned to another woman: Mashonda Tifrere. The two tied the knot and welcomed their only son Kasseem Dean in 2006. Swizz also fathered two other children from two different relationships over the years. Therefore, Swizz was accompanied by a whole lot of baggage when he began seeing Alicia. On top of that, it’s been widely speculated that Swizz and Mashonda were married when Swiss began seeing Alicia.

To what extent was Swiss committed to Mashonda is hard to say but Mashonda did go on the record and accuse Alicia Keys of being a home wrecker. She said about Alicia:

My concern with [Alicia Keys] is no longer the fact that she assisted in destroying a family but that she has the audacity to make these selfish comments about love and wanting to be with someone, even after knowing their situation […] You have no idea how much pain I was caused because of this affair.

It took no time at all for Alicia Keys to be labelled as “the other woman,” in the relationship. While Mashonda was launching her accusations, Alicia and Swizz denied that their relationship had broken up the marriage.

They both said that Swizz and his wife were already broken up when he started dating Alicia. We can only speculate what really occurred between Swizz, Alicia, and Mashonda but it’s safe to say that the three of them had landed in a quandary. Things turned from bad to worse when Swizz and Mashonda fought over child support and carried out a lengthy legal battle.

Despite the drama with the ex-wife, Alicia and Swizz were married by July 2010 and had their first child, Genesis, the same year. Genesis’s arrival also meant that Swizz now had four children by four different women. Thankfully, the complicated family was able to make amends at some point down the line because Mashonda told People Magazine that they were able to repair those broken relationships. She said:

Time has a way of healing things, but we also had to heal ourselves. […] We realized we could minimize the impact on our children by reducing the conflict we had with one another.

The same sentiment was felt by Alicia herself. In a joint interview with Swizz and Mashonda, Alicia spoke about the co-parenting arrangement and how the entire family tackled their personal differences for the sake of the kids involved. Alicia said:

We love each other, we hang out with each other. We go to dinner together, our family is one big beautiful family […] it’s a beautiful partnership […] It’s a real thing and it’s possible.

Alicia added that both Swizz, Alicia, and Mashonda make an effort to spend time together with the kids and that they have each others’ backs. But this wasn’t easy. Mashonda revealed that it was a “rollercoaster” and it took many a therapy session to get it working. But they thought about Kasseem, who was getting caught up in a family battle through no fault of his own. And so everyone “put the work in,” and began to heal as a family.

Alicia and Mashonda are so proud of their co-parenting success that the two have crafted songs and self-help books about it. Mashonda released her book Blend: The Secret to Co-Parenting and Creating a Balanced Family in 2018, and Alicia wrote a song called “Blended Family” in 2016. The lyrics for the song communicate everything there is to say about Alicia’s love for her stepson and his mother. Alicia addresses Kasseem directly, saying:

As far as the whole family has come in the last few years, it doesn’t mean that they don’t encounter new challenges. In fact, Alicia said on Late Late Show With James Corden recently that while she and Swizz often have disagreements, they never raise their voice at each other. She said:

We don’t raise our voices at each other. We’ve definitely disagreed, it’s not that we haven’t disagreed […] We definitely have had moments where we’re like, ‘Hmm that felt weird,’ but we definitely communicate in a way, we don’t let it build up.

Set drama aside and focus on what matters

Life and drama go hand-in-hand, so you’d have to be a rare being to not have ever dealt with it. Alicia Keys, as pristine as her life may seem at the moment, also encountered a world of drama but instead of buckling under the pressure and turning to unhealthy coping mechanisms, she found a path of love and understanding with Swizz’s ex-wife. She knew what mattered at the end of the day: family and togetherness. The kids’ wellbeing was in question, and nothing could ever be prioritized over that.

Therefore, she and Mashonda dealt with the drama, developed a functional system, and just went about being the best parents and step-parents they could. Drama is oftentimes unavoidable and sometimes it may be that you don’t necessarily want to avoid the drama in the first place.

And yes, if the drama or a tense, conflicting situation can help you speak your truth, then, by all means, let it out. But more often than not, it’s just not worth it. You don’t need us to tell you that — it’s one of those things that you’ll realize for yourself when the time comes. Because you’re the one and only person that truly knows about what matters — and doesn’t matter — in your life.